A Guide to Peculiar Times: Moving to Kyoto from Malaysia During a Pandemic 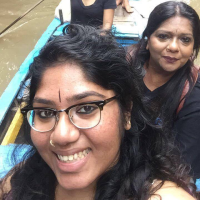 Despite the international travel lockdowns demonizing small talk everywhere, nothing has yet to make me regret my move from my hometown of Kuala Lumpur, Malaysia to the extraordinary world that is Japan. And this feeling remains even upon the cusp of a global pandemic.

My sudden move to Kyoto shocked a lot of people in my life, and was certainly out of left field. But as I had made my first ever trip to Japan last year to visit a close friend, it was without a doubt in my mind, what I wanted to do.

It was too easy to fall in love with Kyoto. Just peeking beneath the metropolitan facade gave way to the thriving tradition that lived on and I was sold. The thrill of spotting geishas in Gion or trying out Kyoto-famed tofu cuisine at Kyotofu Fujino was enough for me to consider at least a second holiday. But nothing quite sealed the deal like Okazaki.

Until today I don’t know why or how I was drawn to that specific district. It may have been the looming and powerful torii gate belonging to the famous Heian Shrine that lured me in or perhaps the quiet escape of the hidden Murin-an Garden, where Japanese history meets secluded oasis.

But I do remember standing at the bottom of the Higashiyama Hills in Okazaki with the afternoon sun peaking through and the cold spring wind nipping at my face, feeling entirely at peace. It was then I swore to myself that I would return. Be it on a second holiday or by finding a job in Kyoto, I promised I would be back.

COVID-19 has utterly, albeit temporarily, changed the face of Kyoto. For many it will be a chance to experience the city as never before.

It is a good 15 years since I have been able to enjoy the Golden Pavilion (briefly) alone!#Kyoto #Japan #京都 #金閣寺 #Kinkakuji #Rokuonji pic.twitter.com/sffvifGMRi

Falling in Love with Japan During The Time of Corona

A year after my trip, the giddy jubilation I felt upon landing at Kansai International Airport in February was ripped away as soon as I read about how the new Covid-19 virus was spreading across Singapore, which shares a border with Malaysia. My worry instantly flew to my mother and my family. Suddenly, the weariness of moving away from home sat heavily on me.

Fortunately, the crisp winter air broke me into a fresh stride towards my new home and with a fierce sense of determination, I resolved that settling in properly was to be my first priority. I was prepared for anything, armed with my broken Japanese in hand.

Then in March, a week and a half after arriving, I was scheduled to attend a week-long training in Osaka. The timing of this felt godsent as the loneliness after the big move was slowly overwhelming me.

Making friends became a priority and fortunately I did. We managed to tour around Osaka with full hearts and fuller stomachs, ending the week on a nomihodai high. It was then I began to notice the receding crowds at hotspots like Dotonbori and the Osaka Castle. The effects of the pandemic were finally showing its face in Japan and my worries started to churn.

Osaka mayor Ichirō Matsui, demonstrating a face shield, which will be provided to pupils and teachers to be worn during lessons when the city's schools re-open. https://t.co/S2sxeeR6dK pic.twitter.com/kwVlCZNeWx

The Pandemic Rears Its Head in Japan

The following week post training would have seen the commencement of my reign as an English Instructor. However, my start date was pushed forward to April. This was a delay amounting to two weeks as my new place of work remained closed as per the government ruling. There were a few calls from concerned family and friends, all wondering if I would be returning to Malaysia. It was then that I realized how truly lost and out of bounds I felt.

On top of all that, I was also worried about my job security and financial stability. It was chaos. If I were forced to leave for my homeland, I knew it would just break me. The mental spiral was depressive at best and debilitating at worst.

But good news soon arrived as my employer kindly offered financial remuneration which was the life jacket I needed while lost at sea. Thoughts of paying rent and grocery shopping budgeting were easier to deal with than wondering if I would be kicked out of my new abode.

I had worked overtime in every sense of the word to get myself to Japan in the first place so the very thought of everything being taken away from me was shattering. So instead, I kicked back and pretended like I was on holiday, and it was golden.

Night time #cycling and wandering in the east of #Kyoto.
Yasaka shrine.
There are many paper lanterns inside the shrine, but it was closed because of the corona virus… pic.twitter.com/qyYcd0WdFU

Isolating at a New Home

The two-week isolation period sailed by with the help of constant Whatsapp messages from my mother, and video chats with old friends and new acquaintances alike. I even got into gouache painting. I am still not good at gouache painting. Testing my expectations of the city against the reality of things was impossible. There was no reality just yet to compare with. All that existed was an awkward chasm of fear, paranoia and long empty aisles in grocery stores. But still, I persevered.

In April, my first week as an official instructor finally dawned upon me. From meeting new colleagues to teaching students, all of these encounters were blessed with kindness as they welcomed my novice status as an instructor. I was finally at peace.

A full week went by before we received the troubling news. Our studios were shutting down again – for a month this time. Tokyo had experienced a sudden spike in pandemic cases and Kyoto was to fall in line. The news sent a chill down my spine but I understood the reasons behind it.

The amalgamated worries of job security, financial instability and loneliness resurged, but I was stronger now. I began searching for part-time jobs on Craigslist to ensure that I could make ends meet and also contacted my employer for advice on how to move forward during this prolonged lockdown.

In a hypocritical yet much needed turn of events I splurged on a Nintendo Switch because sometimes, surviving the unexpected means treating yourself and hanging on to sanity in any way that you can. Bring it on!