The Books Behind Your Favorite Japanese Films

In his article “Why Hollywood is turning to books for its biggest productions,”  Andrew Liptak explains that as filming equipment and technology allows greater flexibility, cinematic productions are hitting the nail on the head more and more when it comes to book adaptation. Consequently, in the last seven years, we noticed a steady increase in book adaptations and in 2015, 55.5% of films were based on novels. In Japan, however, we count only 98 adaptations from novels, total. Of course, this doesn’t include live-action retellings of popular manga, which would boost the number to a little under 400.

Among the 98 titles that were adapted from novels and short stories, some are great and others… not so great. We’ve browsed the list and picked out five films that left a lasting impact on the Japanese movie scene, and on local and international viewers alike.

Though this movie was released almost 70 years ago, Kurosawa’s masterpiece is considered one of the most influential Japanese films, influencing not only Hollywood, notably with The Usual Suspects, but also psychology and legal studies with the term, “the Rashomon effect.” The film was, however, the fusion of two short stories by Ryunosuke Akutagawa, a writer from the Taisho period.

“Rashomon,” published three decades before Kurosawa’s film, inspired the name and the director borrowed a few scenes from the text. However, the heart of the plot, the characters and the contradictory interpretations were taken from “In a Grove.” While the film wouldn’t have been possible without Akutagawa’s writing, it’s undeniable that the mind behind the movie’s powerful symbolism and cinematography is Kurosawa.

HOW TO WATCH: Hulu

Hiroshi Teshigahara’s Woman in the Dunes (1964)

HOW TO WATCH: Tsutaya

One cannot consider themselves a true horror fan if they haven’t seen Sadako crawl out of a TV in a ’90s movie. The iconic film was in fact inspired by a novel published earlier that decade written by Koji Suzuki. While the differences between the two are significant, it’s hard to say whether the source is better (or worse) than its big-screen counterpart.

Readers who flip through Ring find that it aligns more with a thriller. The main character is a male detective who not only tracks down the origins of the cursed video but drags his wife and child into the mix, the stakes are higher and the imposed seven-day limit is more dreadful. The “curse” is also more like a virus used as a mean for Sadako’s vengeance on humanity. After watching the tape, victims suffer from hallucinations where they see themselves instead of the ghost. Even more surprising is that Sadako’s gender is extremely ambiguous with some interpretations even going as far as to say that she was originally a male.

Despite all these things that Nakata changed or ignored for his movie adaptation, he kept the novel’s key to perfect horror: narration. As Scott Kaufman explained in this AV Club article, boredom is the key to build up fear and ultimately toys with the imagination of the viewer. In other words, it isn’t about what’s on the screen, but what’s not. And how Nakata tells the story through camera angles, Suzuki does with dull descriptive passages that are too specific not to be reminded of the thoughts of a stalker.

HOW TO WATCH: Netflix

Based on the eponymous novel by Koushun Takami released a year prior, itself loosely inspired by Richard Connell’s The Most Dangerous Game, Battle Royale is a controversial yet notable piece of film history. The plot is simple: set in fictional, dystopian Japan, a class of ninth graders is selected to participate in the Battle Royale Experiment on the remote island of Okishima. The children are given three days to fight to their death until only one is left standing. The movie is violent and though controversial, it inspired directors like Quintin Tarantino and is often compared to the popular YA series Hunger Games. Joshua Rothman highlighted a significant difference between the two titles, writing that the American franchise “only flirts with real violence, pain, and outrage” while Battle Royale offers a raw, teenage rebellion and refusal without any of the sugar-coating. For hardcore fans, Fukasaku created the best teen movie in modern cinema.

HOW TO WATCH: Netflix

Often compared to its older European counterpart, Jean-Pierre Jeunet’s Amélie, this musical was surprisingly based on a novel. The main character is, in fact, absent, living through the memories that remain from the people she touched throughout her life and discovered by her nephew after her death. While this story will certainly pull some heartstrings, it is just as captivating to read. The author keeps the reader hanging after every word, a just as Nakashima’s unique visuals capture every emotion with surreal tendencies.

While the novel captures the classic tragedy of Matsuko, Nakashima turned a tear-jerker into a colorful dramedy to show that while it’s easy to feel pity for the protagonist, her life had value and that although she was always deprived of love, she infinitely touched the ones she crossed path with.

Are you a fan of Japanese literature? TW recently launched our very own book club! Join us every season for a new book and let us know your thoughts on our summer read using the #TWBookClub 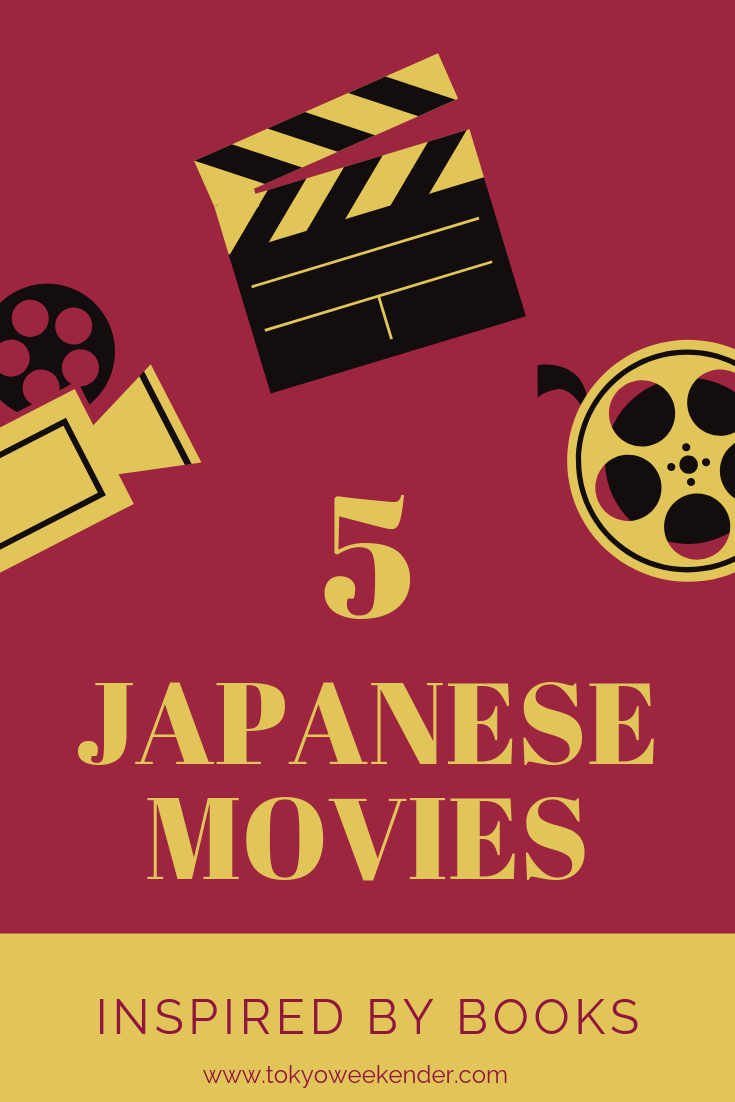