Just as the Benedictine monks of Abbey of Saint-Hilaire accidentally invented Champagne, the sake brewmasters at Sawanotsuru Brewery may have serendipitously invented the next movement in sake production.

The Gengai 24-year-aged sake was released to the public on May 22 at a swank restaurant in Ginza gCube where four mirrors on the ceiling fanned out like blades of a helicopter. Ryuji Ikoma, CEO of Clear Inc., which has added Gengai to its Sake 100 line of premium sake, calls the vintage label a “paradigm shift in sake production.” 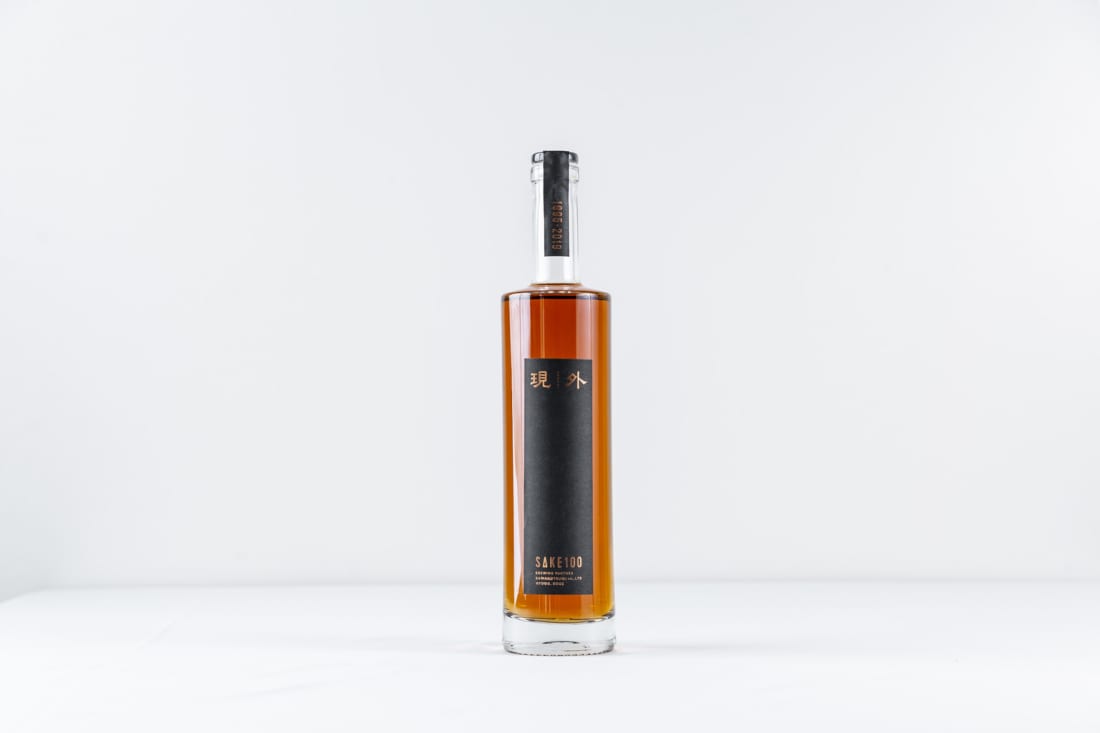 Most sake should be consumed within one year after production, and aged sake, while not a new phenomenon, offers mixed and unpredictable results. As such, the vintages, usually aged three or five years, hold a miniscule share of the market.

“Aged sake is hard to get, quite expensive, and overall a totally different animal than regular sake – and certainly not better in any unequivocal sense,” writes sake guru John Gauntner. “Nor is there any one proper way to age sake, nor any one universally agreed upon way that aged sake should turn out. In one sense, it amounts to – more than anything else – a diversion in the sake world.”

Gauntner goes on to write that aged sake is occasionally the product of an inadvertent consequence – as was the case with the Gengai label. Sawanotsuru Brewery has a 300-year history of brewing premium sake in the Nada area of Kobe, with its Junmai Daiginjo Zuicho label garnering multiple awards.

However, sake production was temporary halted in 1995 after the brewery was decimated by the 1995 Great Hanshin earthquake, which irreparably damaged nearly 400,000 buildings in total.

The company was afraid everything was lost, says Sawanotsuru Brewery marketing manager Koji Miyazaki. The only equipment salvaged were a few tanks filled with shubo – a fermented mash of steamed rice, koji mold, yeast and water. A Moment of Clarity

Typically, shubo sits for two weeks to a month to allow the yeast to multiply. This starter batch, under normal conditions, is then moved to a larger fermentation vat for further mixing before it is pressed, filtered and bottled.

However, without any functioning equipment to complete this process, the brewmasters at Sawanotsuru decided to press sake directly from the yeast-rich shubo. The result was undrinkable, said Miyazaki. However, through a moment of enlightenment, the decision was made to let the batch sit and age, an unprecedented milestone in sake production.

“We didn’t know how the sake would turn out,” says Miyazaki.

After the proverbial cork was set, and as the sake brewery was rebuilt to its former glory, the sake sat and aged for 24 years. When the final product was tasted, the team at Sawanotsuru was shocked by the blend of sweet, sour and bitter flavors that surpassed any aged sake that had been attempted before. The initial whiff of the Gengai sake, at room temperature, is earthy and pungent. Dark amber in color, the sake has a peaty aroma similar to a Nikka whisky. However, the first sip packs a fruity punch. The plum flavor is reminiscent of a rosé sake, only much bolder and complex without being overpowering.

The aftertaste is prolonged and pleasant. One of the benefits of aged sake is the lack of a hangover, and after completing a glass, the Gengai leaves no boozy after-effect. The aged sake pairs well with beef, pâté, fowl or a smoky cheese spread.

While the ¥150,000 price tag for a 500ml bottle of Gengai is the same as a bottle of Dom Pérignon, it is a far stretch to say Sawanotsuru Brewery is on its way to launching a worldwide phenomenon just as those monks did in Champagne so long ago.

Highly anticipated, the presale of Gengai sold out within 12 hours. Bottles are still available to order online at sake100.com