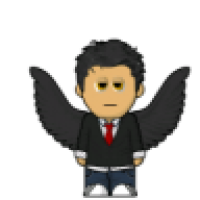 Tokyo waits for no one – its constantly changing environment means that buildings that were once shops can soon become offices, or even bars and restaurants. Sometimes the business doesn’t work out due to either a low demand for the product, a misplaced business in a residential area or the owner of the building decides they’ve had enough. In the words of Joni Mitchell, “They paved paradise, and put up a parking lot.”

The craft beer scene in Japan, in particular Tokyo, has seen many rapid changes over the last decade. Bars that were innovative when they opened have fallen by the wayside as cheaper or newer ones open. Here are four groundbreaking fan favorites that said sayonara. Serving only Brimmer Brewing, there was a great atmosphere throughout the week, with craft beer fans and office workers popping in for a drink or few. There were also other shops in the pop-up, with Magical Animal serving up pulled pork and burgers.

Sadly, the owner of [email protected] decided to sell up and turn the area into – you guessed it – a parking lot. The owners of Brimmer Beer Box tried to find a new location; however, the rapid expansion of construction in Tokyo meant a lack of space and options for container boxes. Taprooms for breweries have proven popular the last few years. Baird Beer, Yo-Ho Brewing, Rise & Win Brewing Company and Swan Lake Beer are just some of the breweries with taprooms in Tokyo. It’s one of the best ways to get customer feedback, as well as tapping into the market in the big city. However, compared to others, August Beer Club was one of the first on the scene to open a taproom in Tokyo, with the Roppongi branch doing so back in 2009.

August Beer Club offered up a simple range of August Beer with stone-baked pizzas – again setting the scene for something to come. The beers were primarily focused on German style beers – pilsner, lager and weizen. Yet they also produced some seasonal styles that were more modern, such as IPAs and pale ales.

But like many other places in the Roppongi area, the building was ripped down as the owner decided to sell up. The resultant building? A much need (expensive) housing and office complex on the outskirts of Roppongi Hills. Slightly just outside the Yamanote Line, Transit was one of the first beer bars to cater towards craft beer fans looking for somewhere relaxing to drink. Adachi-san, the former owner, bar master and chef – essentially a jack of all trades – was incredibly knowledgeable about craft beer and whisky and was one of the most welcoming bar owners in the second burgeoning of craft beer.

Transit offered up a range of both domestic and imported craft beer at prices that were unheard of at the time. Since then, the only places that have offered up beers and food at similarly low prices are those in the Craft Beer Market chain.

However, being popular and busy was not the main point for Adachi-san. As long as he was enjoying running the bar, then it would remain open. A few years later, Adachi-san had enough and decided to close shop. The building remains, though the bar itself has turned into an Indian restaurant that, unfortunately, doesn’t offer any craft beer. It’s not just small independent bars that have closed – chains also close too. Craft & Romance was one of them, and considering its location right next to Kichijoji Station, its demise was a surprise for both those living in the area and fans of the Craftsman chain.

Craftsman, with three other locations in Tokyo, Yokohama and Saitama, were looking to tap into the trendy market of Kichijoji, a good idea considering that the area is constantly voted as one of more desirable areas of Tokyo in which to live. It opened in 2016, and closed down in less than 18 months.

Everything was lined up for success – great location, good views and non-smoking. Like the other branches in the Craftsman chain, Craft & Romance focused on reasonably priced craft beer and had a special menu based on pizzas and Italian cuisine. Its large range of taps rivalled Craft Beer Market.

Even with everything at its feet, Craft & Romance still failed – for the simple reason that it didn’t have the customer base. While the trendy and fashionable area of Kichijoji can support shops, such as fashion accessories, clothing and niche wear, it seemed that people in the area weren’t interested in craft beer, and city dwellers weren’t prepared to travel somewhere when closer places were an option.