7 Places Where You Can Explore Old Tokyo 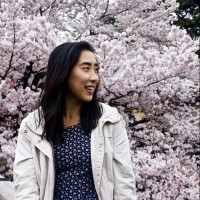 Centuries of natural disasters, destruction from war and urbanization mean there are few obvious reminders left of Tokyo’s past. But, devoted history lovers can still find pockets where old Tokyo lives on.

It always helps to have some context and this museum is essential for those interested in learning more about the history of Tokyo, or Edo as it was called before 1868. The exhibitions start with a replica of Nihonbashi Bridge, which was the start of the Gokaido (“five highways”) that connected Edo with outer provinces, and end with modern-day Tokyo. Life-size models and depictions of life, culture and society over the centuries explore how a small fishing village became the megalopolis it is today.

This collection of three residential neighborhoods – Yanaka, Nezu and Sendagi – is like the poster child of old Tokyo, highlighted in guides as the place to go to experience the city’s days of yore. Due to the area escaping both the destructive 1923 earthquake and bombings from World War II largely unscathed, old craft shops, wooden townhouses and traditional shopping streets still live on here. Wander around and you’ll see old buildings and townhouses, as well as several shrines and temples – Nezu Shrine is said to be one of the oldest in Japan. The slower pace and less busy atmosphere make Yanesen an ideal place to simply wander and let your imagination fly.

What was once the largest castle in the country is now the Imperial Palace, consisting of gardens, stone foundations, moats and a handful of surviving structures from Edo Castle. It’s worth remembering the Tokyo of today was built around that castle and if you take a walk in this area, you’ll find glimpses of its former glory. There are the moat walls, the main bridge leading to the palace and some of the castle’s former gates, the oldest surviving one of which is Tayasumon, which was built in 1635 and is found at Kitanomaru Park. The names of some of the places surrounding the palace give away their links to Edo Castle: for example, Otemachi was named after the castle’s main gate leading to the center of the castle and Marunouchi – literally, “within the circle” – was named due to its location inside the outer moats of the castle.

This area in Nihonbashi was known for its puppet shows and kabuki theater in the days of old Tokyo. The first kabuki theater of Edo actually started in Ningyocho in the 1600s. While mostly filled with office blocks now, there are some shops and businesses that are said to date back to the Edo period and you’ll find old wooden townhouses hiding down narrow side streets. A particularly quaint little street close to the station named Kogiku-dori used to be home to geisha houses and old townhouses that live on as restaurants and shops – just look for Okannonji temple near Ningyocho station and you will see the street running alongside it. If you’re on Ningyocho-dori between 11am and 7pm, you can catch a mechanical marionette clock show every hour from either one of the two clock towers on the street.

Long before Toyko Skytree went up, the area north of the tower leading towards the Sumida River was a popular entertainment district. Mukojima prospered during the Meiji period, which was also when geisha started emerging here. It is now one of only a few places in Tokyo where geisha still train and work. The area managed to escape complete destruction from both the Great Kanto Earthquake and World War II, so some of its old Tokyo charm still exists on its streets. Mukojima is also home to Tokyo’s only surviving Edo era flower garden, Mukojima Hyakkaen and a Tobu museum with displays of old trains.

Stepping off Tokyo’s busy streets and into these alleyways full of tiny eateries and bars always feels like entering into another time. They’re scattered all over Tokyo and a popular one is Omoide Yokocho, near Shinjuku Station’s west exit. Literally named “memory alley,” this area rose out of the devastation of World War II as a black market and was known for selling cow and pig offal – a practice that started as a result of post-war government restrictions on common goods, leading to the sale of animal organs instead. The original alleyways were razed by a fire in 1999; however, the rebuilt warren of shops still inspires a sense of old Tokyo nostalgia. For something more suburban, head out west to Kichijoji’s Harmonica Yokocho, which started as a flea market in the 1940s.

While not technically in Tokyo, this town in neighboring prefecture Saitama is nicknamed “Little Edo” and has all the old world charm to go with it. Its “warehouse district” (Kurazukuri no Machinami) is full of Edo-style buildings that were constructed by the town’s merchants as a fireproof way to store their goods on their way to Edo. Visitors can also appreciate some Taisho-era buildings in the walk leading to the warehouse district from Kawagoe Station. A popular site and symbol of this town is the old wooden clock, Toki no Kane, which has been rebuilt four times and the sound of its chimes are protected and promoted by the Ministry of the Environment.

Do you have any favorite places in Tokyo where time seems to harken back to the old days? Let us know in the comments!