With a history that goes back many centuries, and a main ingredient that is about as Japanese as it gets, sake is a natural fit as Japan’s national beverage. Accounts of alcoholic beverages made from rice and drunk by ancient Japanese date back nearly 2000 years; meanwhile, historical references to sake as we know it first show up around the 8th century. By the Heian period (794-1185), sake was playing an important role in religious ceremonies and as a form of courtly entertainment in the then-new capital of Kyoto.

But for a beverage with such a long history, its ingredients are as simple as can be: rice, water, a special type of mold known as kōji, yeast, and in some cases, distilled alcohol. But from these basic materials, a countless variety of different sakes have been brought to life, generations of brewing families have passed down secret recipes over the years, and a long and flavorful history continues to develop.

It was with this spirit at heart that the Sake Competition was begun. This multi-category competition draws sake brewers from around Japan (and from outside of the country) to bring their products to be sampled and appraised by a panel of beverage connoisseurs. In all, more than 1700 sakes produced by 453 different sake brewers took part in the competition and only the very best of the best were recognized in several different categories, with the Super Premium award being presented by none other than Hidetoshi Nakata.

Whether you’re new to nihonshu or you’re a long-time fan of the tipple, you’ll want to add these sakes to your shopping list for the next time that you head down to your local market. We’re sharing the top three in each of seven different categories, starting with two categories that were new to the competition this year. Given the sheer number of sakes that are on the market, it’s important to stand out, not only with the flavor that comes from the brewer’s skill, but also with a design that will catch a sake enthusiast’s attention as they’re browsing a store’s shelves. These three winners caught judges’ eyes as well as their taste buds. A relative newcomer to the sake world, sparkling sake gets its bubbles from one of three ways: carbonation, tank fermentation, or bottle fermentation. It averages about 10 percent alcohol – lower than regular sake, which usually weighs in at around 15 percent. These were the top three, out of 71, in this fledgling category: 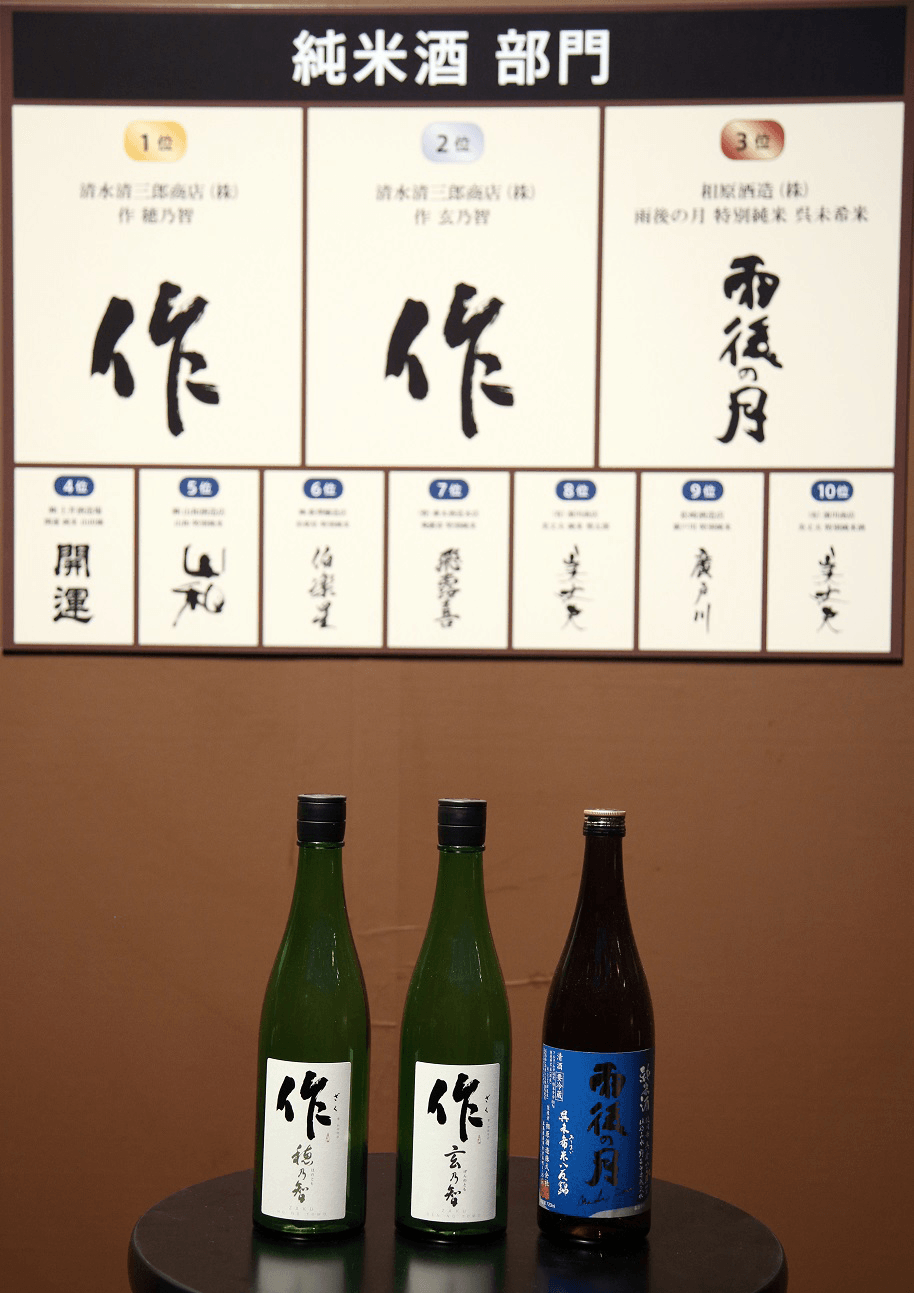 This variety of sake is made from rice that has been polished until only 60 percent – at most – of the original grain remains, and like junmai sake, it is made without the addition of distilled alcohol. It is known for its complex flavor, which often has fruity and flowery notes. There were 518 sakes in this category. The rice used to make junmai daiginjo has been polished until at least 50 percent of the grain has been removed. Expect even more full and complex flavor profiles with this type of sake. The top three junmai daiginjo sakes were chosen this year from 414 different offerings. As with junmai ginjo and junmai daiginjo, ginjo and daiginjo sakes are made with rice that has been polished to 60 percent of its original grain size, and 50 percent or smaller in the case of daiginjo. However, the difference comes with the use of distilled alcohol, which can make for very interesting flavor profiles in the hands of skilled brewers. These sakes are highly fragrant and feature a variety of subtle flavors. Judges had to choose from 196 varieties of ginjo sake to come up with their winners.