There’s More to Japanese Music than J-pop and Enka

If you don’t know where to start when it comes to Japanese music, then Ian F. Martin’s book, Quit Your Band: Musical Notes from the Japanese Underground, is a must-read. Offering a unique insight into the local industry, the book takes us on a down-the-rabbit-hole adventure through the ins and outs of the Japanese indie world and beyond. Weekender sat down with the author to hear more about the book, and his recommended albums and offbeat live venues in Tokyo.

Across from a cluster of hole-in-the-wall bars and izakayas under the tracks leading to Koenji Station sits Bamii, a cozy bar littered – no, piled high – with literal towers of vinyl of every genre and artist imaginable. The owners will play whatever you request, if they have it … and it’s very likely they do.

It was here Weekender met with Japan Times columnist, record label owner, and now book author Ian F. Martin for an interview about his recently released book, Quit Your Band: Musical Notes from the Japanese Underground. He knows Japanese music as a consumer and a record label owner, and while he admits he can be biased about his favorite bands, his wealth of knowledge on the topic is unrivaled. To the sweet sounds of David Bowie crooning in the background, we asked… How did the book come about?

The publisher, who is also a uni lecturer, suggested it four years ago. I said OK right away, but it took time to finish. The initial plan was to create a compilation of articles I’d written for the Japan Times and other publications, but I wasn’t really happy with the idea of disconnected ideas being lumped together. At the same time, the opportunity of a book was tempting, as it was a canvas I hadn’t had before. In the end, I’m still writing essays, but each of them is open ended with just enough of a thread to keep them together.

What was your favorite part of the process?

Thinking about writing the book, and then once it was done, being able to say, “I wrote a book.” [laughs]

Who should read this book?

No one needs to read it. But it does give a context to Japanese music for foreign readers. I want them to understand that [Japanese music] isn’t just alien and weird – I want them to understand why it is the way it is. Japanese music isn’t an imitation, it’s not unknowable, and it’s on equal terms with Western music. Basically, the book sends two messages to different people. One is that people should simply get used to the system, while at the same time understand why it is the way it is. Also, I’d like those in the Japanese music industry to read it as well, but I’m kind of scared if they do…

Any future projects on the go?

Well, I spent five and a half months cycling around all 47 prefectures in Japan, so I will have to do a book about that I suppose, or my wife will get mad at me. She’ll wonder what the point of supporting me through that was, so I kind of have a responsibility to her if no-one else. I did that journey to learn about the local indie scenes in each prefecture. I suppose it’ll be a book about me, in the end, as all travel books are more about the traveler than about their travels.

Fuji Rock! It forces you to break down expectations when you’re cut off from the rest of the world. They deliberately make you choose between similar bands or genres and force you to discover new bands either along the way to the next gig, or while you’re waiting for your band to play. It’s the whole weekend or nothing. At the same time, Summer Sonic is close to Tokyo and you can ride the last train home every day. A friend describes the event as “an algorithm for the max number of audience; it’s efficiently soulless and dead.” It also doesn’t have a real camping ground, so it loses something in terms of festival credibility there.

Five Japanese Albums to Get You Started 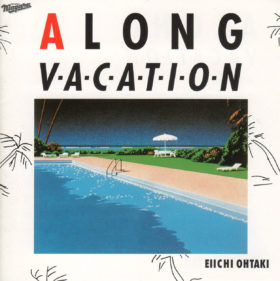 Ian F. Martin recommends albums to give you an intro into Japanese music…

“A Long Vacation” by Eiichi Ohtaki
Immaculately produced, Beach Boys-influenced pop album by the former guitarist of Happy End. Spans the border between New Music and City Pop but manages to be something unique in itself.

“Hikashu” by Hikashu
A key album in the early development of new wave and technopop (it features a magnificent cover of Kraftwerk’s “The Model”), there’s also something dark and theatrical about it that puts it in the tradition of Shuji Terayama, J A Seazer and Tokyo Kid Brothers. 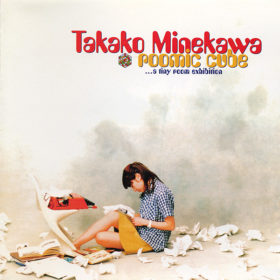 “Roomic Cube” by Takako Minekawa
The Shibuya-kei scene placed huge importance on the aesthetics of the music, but Takako Minekawa’s music also had this intimate, introverted quality to it that gives it an affecting sort of fragile honesty. Her albums also just explode with ideas and tunes galore.

“Three Out Change” by Supercar
This is just an epic indie rock/shoegaze album and one of the all-time great Japanese rock albums that also stands proudly alongside almost any comparable music that came out
of the UK or US in the 90s. 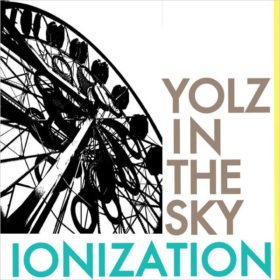 “Ionization” by Yolz In The Sky
Starting out as a slightly off-kilter Osaka-based hardcore band, Yolz In The Sky morphed gradually into a sort of sparse, psychedelic techno duo.

“Ionization” is the brutally minimal postpunk link between their hardcore and dance phases, and it’s magnificent.

Since live venues are using prime Tokyo real estate, they can be small and awkwardly shaped. Other than that, they tend to be pretty standard fare – dark, nondescript interiors. However, there are a handful worth visiting regardless of the band playing, says Martin…

Sakuradai Pool
A warehouse-style concrete basement venue down a narrow, steep staircase, with a load of monstrous sculptures and imaginary Mad Max-style vehicles made out of car parts. mdel.co.jp/pool

Ochiai Soup
Similar to ForestLimit, with the twist that they project a live video feed of the band performing onto the band themselves. ochiaisoup.com

Koenji Muryoku Muzenji
Mad place, decorated with all kinds of weird stuff, but mostly photos, paintings and drawings the owner has made of his cats. muzenji.o.oo7.jp

Quit Your Band – Musical Notes from the Underground is available at Tokyo bookstores and on Amazon.