New York with its bustling racing yellow cabs, Paris’s streets filled with the aroma of fresh-made bread and terrace cafes, Venice and its long romantic canals and Gothic architecture. Each city owns a unique urban landscape.

But what makes a city “special”? What is it that creates a city’s image? Displayed as a video work on a large-scale monitor as part of the Venice Biennale, Daigo Ishii’s “Tokyo-lization” project poses this question while remaking major city sites into the chaotic and overwhelming image of Tokyo. This intriguing piece is being shown at the Biennale’s collateral event, “Time-Space-Existence,” at the Palazzo Mora Gallery. The video project includes six transformations of major cities around the globe: New York, Buenos Aires, Copenhagen, Paris, La Paz, and Venice. The idea is simple, but the overall effect is remarkable. The city elements Tokyo is best known for – the glaring neon lights, countless hostess bar signs, brightly colored kawaii characters, cherry trees in full bloom, tangles of electric wires overhead, food stands, and of course, the enormous population – are added to cities around the world, dressing these urban areas in new garments. 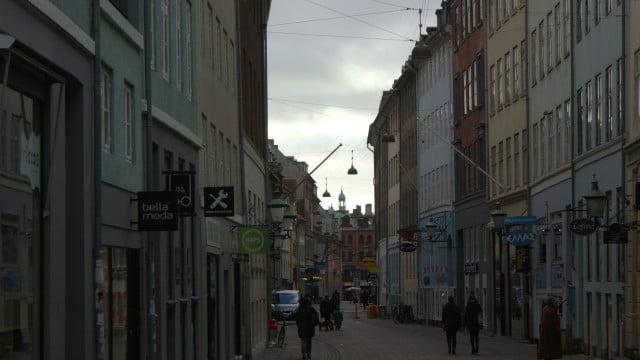 Curious to know more about the project, Tokyo Weekender asked Ishii about the inspiration for the project and the idea of “locality,” the core concept that informs it.

Ishii has traveled extensively around Japan and overseas, not only observing cities’ buildings, but also how those buildings relate to an overall urban environment; he explains that a city’s overall “image” lies at the heart of the concept of “locality.” “I’ve come to think [that] what truly determines a city’s image is not merely its eye-catching buildings, but the elements that decorate its surface. Thus, regardless of whether they resemble Tokyo or not, if I could exchange elements that covered the surface of other cities for elements found in Tokyo, I thought maybe they could even come to look like Tokyo itself. That was the starting point of my project.” Ishii says. Although Tokyo is known for its luminous urban landscape and the fast pace of almost everything, a 15-minute walk is all you need to experience a whole new cityscape, each with a completely unique atmosphere. Get off at Shibuya Station and you’re invited to join the battle scene of the world’s busiest scramble street crossing. One station further in Harajuku, people drown in kawaii fashion and Japanese pop culture while just a few paces away, you reach the spiritual Meiji Shrine standing boldly in full greenery. For a completely different experience, you could follow middle-aged salarymen to Shinbashi as they embark on their bar-hopping rounds. As certain types of a city’s image gather certain types of people who reemphasize the place’s unique culture, “locality” seems to have a big presence in Tokyo.

Yet, these distinct features are also the result of Tokyo incorporating outside influences. Ishii explains, “Tokyo’s tendency to absorb exotic cultures and make them its own has built up what the city is today. That’s why the city is so tolerant to new changes. Tokyo has the space to fit in everything — from small to big – and the large-scale economy to keep updating itself.”

The Tokyo-lization project goes further than to simply cover up other cities in Tokyo’s decor. The project is attractive in that in some cases, Isshi has chosen to “remake” cities that had a strong influence on modern Tokyo, such as New York and Paris.

When compared to similar-sized cities around the world, Tokyo has a huge variety of opposites coexisting: Neatly organized areas and places completely out of order. Traditional and historical sites standing next to modern skyscrapers. Elements different in size and shape coexist and each contribute to making a city where locals and visitors can find something unexpected.

While not all people who live in these suddenly “Tokyo-lized” cities would enjoy the busyness of their new environments, Isshi says that he finds some solace in Tokyo’s extreme urban mixture. “Tokyo is packed. But if you look closely, there are small spaces left between buildings. It’s loose that way, and that’s where I find its comfort.” Ishii says. For more inspiring works centered on “locality” by Daigo Isshi and Future-Scape Architects, have a look here (Japanese only). If Venice is too far afield for you, try to check out their work, “Toilet House,” which will be part of the Setouchi Triennale this year, right here in Japan.