With the 2016 Olympics just around the corner Weekender continues its build up to the Games by taking a look at some of the Japanese teenage stars aiming to make a big impression in Rio. Also, check out our sidebar for a chat with the two stars of the women’s wrestling team.

The young man known as the “Twist Prince” doesn’t turn 20 until late August, but has already won a team and two individual world championships – he also has four skills named in his honor. Before officially becoming an adult he’s determined to add two Olympic titles to his list of achievements in the sport. The Yokohama native aims to be the first Japanese man since Sawao Kato in 1968 to win a floor exercise gold. Before that he’ll be competing in the team competition and that’s the one he really wants. “Standing on top of the podium alongside my teammates would give me five times more happiness than an individual gold,” he recently told Weekender. The Japanese team won its first world title in 37 years last October; however, China remains the favorite.

A first year at Shukutoku Sugamo High School, Rikako Ikee (main image) has enjoyed a meteoric rise over the past 12 months. Last August she won two golds and a silver at the World Junior Swimming Championships in Singapore and has since gone on to break national records in the 100 m freestyle as well as the 50 m and 100 m butterfly. This summer she’ll be competing for her country in seven events – the first Japanese athlete in Olympic history to do so. At the national championships in April she qualified for the 100 m butterfly and three relays. Impressive performances in the two months that followed persuaded the Japan Swimming Federation to select her for three extra races: the 50 m, 100 m and 200 m freestyle. “Of course the Olympics is special, but I just have to swim the way I always do,” she tells Weekender. “I’m aiming to get to the final stages in every competition.”

Four years ago 15-year-old Kanako Watanabe was the baby of the Japanese swimming team. After qualifying for the Games in London she asked her parents if they’d buy her a smartphone as a present. This time around she has her eyes set on a much bigger prize. The 165 cm swimmer heads to Rio as the current world champion in the 200 m breaststroke having defended her crown in Kazan, Russia in 2015. One of her biggest rivals in Brazil could be compatriot Rie Kaneto, who currently boasts the fastest time the world this year. Other names to look out for include world record holder Rikke Møller Pedersen (Denmark), Viktoria Güneş (Turkey) and Taylor McKeown (Australia). Highly fancied Russian swimmer Yulia Efimova is set to miss out after testing positive for meldonium. Watanabe will also be competing in the 4 x 100 m medley and the 100 m breaststroke. She isn’t as strong over the shorter distance, but is in with a chance of a medal.

In the late 80s/early 90s Jamaican Emmanuel Walsh made a bit of name for himself in Japan as a reggae singer and entertainer. Now it’s the turn of his son Julian to step into the limelight as the Kingston-born sprinter gets set to represent his mother’s homeland in the 400 m at this summer’s Olympics. The Toyo University student, who moved to Japan when he was three, didn’t take up athletics until high school. He showed great early promise in the 100 m, but soon after switched his focus to the one lap race, also known as “the killer sprint.”

In May this year he created surprise when he defeated former Olympic champion Jeremy Wariner and Trinidadian Jarrin Solomon to win the 400 m race at the Seiko Golden Grand Prix in Kawasaki. A few weeks later he ran a personal best 45.35 at the National Championships to book a place on the plane to Rio. Reaching the semi-finals in Brazil would be seen as a great achievement. Walsh is joined in the Japan squad by fellow Jamaican-born sprinter Asuka Cambridge, who’ll race in the 100 m. By the time she was two, Mima Ito was able to return her mother’s serve. At 10 she became the youngest person to win a match at the Japanese senior table tennis championships, and entered the Guinness Book of Records when she was 12 for the most counter-hits (180) in one minute. In 2014, Ito along with partner Miu Hirano – both 13 at the time – became the youngest ever winners of an ITTF World Tour title when they triumphed at the German Open. Twelve months later at the same tournament the Shizuoka-born phenom won the singles competition, again the youngest female in the history of the sport to do so. The ITTF’s “Breakthrough Star of the Year” in 2015, she recently defeated world number two Ding Ning at the Asian Olympic Qualifiers. In Rio she’ll be competing in the team competition alongside Ai Fukuhara and Kasumi Ishikawa. Japan hopes to go one better than four years ago, when they won silver, but getting past the formidable Chinese could prove an uphill task. 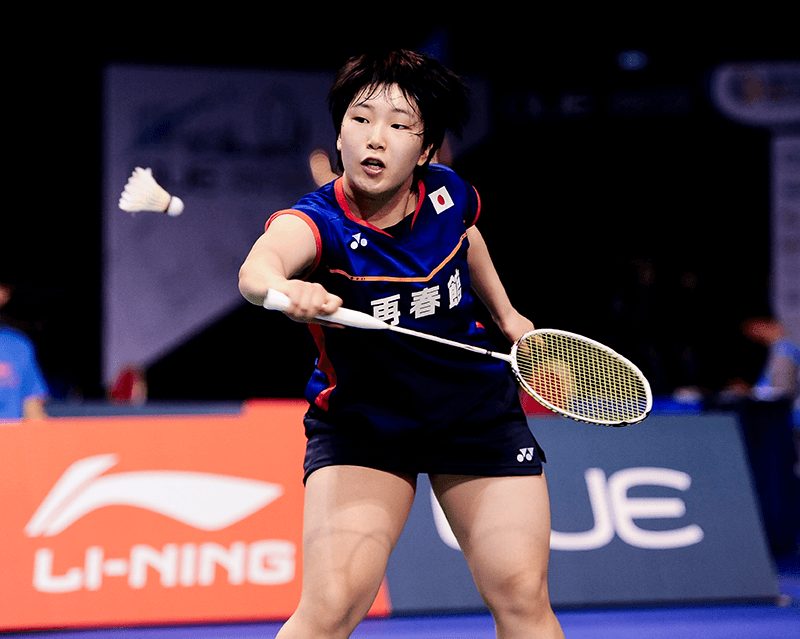 The doubles pairing of Ayaka Takahashi and Misaki Matsutomo represents Japan’s best chance of a badminton gold in Rio, though in the singles competition two young names worth looking out for are 21-year-old Nozomi Okuhara; the first Japanese female for 39 years to win the prestigious All England Open, and teenage prodigy Akane Yamaguchi. The latter is the youngest Japanese shuttler to have qualified for the Olympics. She has reached three World Junior Championship finals, winning two of them, and in 2013 became the first Japanese female to triumph at a BWF Super Series tournament on home soil. She’s the only teen in what promises to be a tough, but also open competition. Spain’s Carolina Marin is the favorite, closely followed by Chinese pair Wang Yihan and defending champion Li Xuerui. Okuhara and Yamaguchi, ranked 6th and 10th respectively, could be good outside bets for a medal.

The two most successful athletes in the history of women’s wrestling, Kaori Icho and Saori Yoshida are both aiming to become the first females in history to win individual gold medals in four consecutive Olympic Games. Given their extremely busy schedules, Weekender was afforded just 60 seconds to speak with the two legendary wrestlers.

Firstly, why wrestling?
SY: My father – who tragically died two years ago from an acute subarachnoid hemorrhage while driving to a training camp – organized a club that I decided to join with my brother. He was so supportive of my career, along with everyone in my family.
KI: Like with Saori, it was a family connection. My brother and sister were both wrestlers so I started with them aged three. My sister Chiharu also wrestled at the 2004 and 2008 Games [she won two silvers].

Considering your domination [Yoshida’s lost just twice, Icho went unbeaten for 13 years], how do you stay so motivated?
SY: Family, friends, people around me. They give me that impetus to keep on improving.
KI: For me it is all about continually developing my technique. That’s more important than medals or glory.

What are your expectations for Rio?
KI: I just hope it’s a secure event without any anxieties.
SY: A fourth gold medal. That is all I am thinking about.

Who do you think will be your biggest challenger this summer?
KI: Well it’s the first time to have the 58 kg category at the Olympics so I see everyone in the division as a potential rival.
SY: Myself.