Tradition and modernity meet at The Gateway to Tohoku.

Founded by the great warlord Date Masamune in 1600, Sendai is known as the gateway to the Tohoku region, and is a city that looks forward to the future while maintaining the cherished traditions of its past. It hosts the largest Tanabata festival in the country in August, and the zelkova-lined main streets of this “City of Trees” serve as the setting for many festivals and events throughout the year.

Sendai is also the perfect base from which you can explore the Tohoku region, as it continues its rapid recovery from the Great Eastern Earthquake and tsunami, and the people of the surrounding cities and prefectures offer a warm welcome to visitors from Japan and abroad. 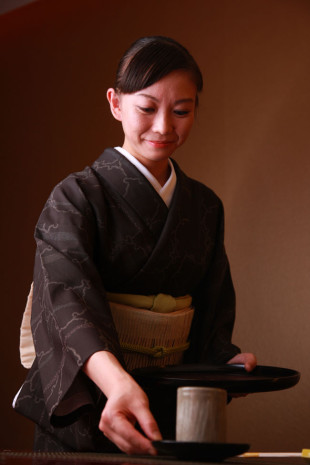 Experience the finest in hospitality at the Metropolitan

And if Sendai is the perfect base for your exploration of Tohoku, then the Hotel Metropolitan Sendai is the ideal place to stay in the city. Japanese tradition and 21st century modern conveniences unite at the classic yet sleek Metropolitan, whether you’re staying in one of their recently renovated Japanese-style rooms, or one of a variety of Western-style rooms or suites. (Prices range from a standard single room at ¥13,200 to the luxurious Royal Suite—¥155,000) Wi-Fi service has been enabled throughout the hotel, ensuring that you’ll be able to stay on top of business—or keep your friends up to date on your vacation adventures.As soon as you walk into the spacious lobby of this centrally located hotel—the building is connected to Sendai City’s Tohoku Shinkansen station, and close to the sights and sounds of the Northeast’s bustling urban nucleus—you’ll be able to feel the spirit of omotenashi, or Japanese hospitality, and the hotel’s multilingual staff is there to cater to your needs throughout your stay. Executive Managing Director Junichi Konno has put his all into training his staff, ensuring that each member of the Metropolitan is thoroughly committed to going that extra mile in order to make sure that every guest’s stay is one that they will remember long after they’ve returned home. As Konno explained, one of the Metropolitan’s slogans is to make its guests “Customers for Life,” and the hotel should have a chance to introduce itself to many new customers the hotel plans to open a new building with 280 rooms by 2017. As the 2020 Olympics approach, the Metropolitan is taking the opportunity to improve its top-notch hospitality even more, particularly for its renowned wedding, bridal, and events hosting.

Whatever brings you to Sendai, you should certainly take the time to enjoy its many attractions. Cherry blossom season comes to the region a little later than it does down in Tokyo, and you will find that Tohoku’s pleasant summers make for a wonderful getaway as well.

The Metropolitan is close to several engaging museums that offer glimpses into the recent, and more remote, past of Sendai. The Sendai City War Reconstruction Memorial Hall holds records of the World War II air raids, and Sendai City Museum has a wealth of information about historical Sendai and its 17th century founder Masamune. To take in some of Sendai’s history while strolling among its celebrated cedar trees, visit the reconstructed Zuihoden—the mausoleum belonging to Han, the first feudal lord of Sendai.

A short cab ride away is the Miyagi Prefectural Museum of Art, with a fascinating permanent collection and a variety of rotating and interactive exhibits, and lovers of modern architecture should drop in at architect Toyo Ito’s Sendai Mediatheque. While you may not be able to see Ma-kun in action now that he’s gone to the Yankees, baseball fans shouldn’t miss the Rakuten Kobo Stadium Miyagi, which plays host to the 2013 NPB Champion Tohoku Rakuten Golden Eagles baseball team.

Konno pointed out that Sendai offers a number of seasonal attractions in addition to its monumental Tanabata event, including the Aoba Festival that takes place at the end of May, the Jozenji Streetjazz Festival and the Sencia classical music festival in the fall, and December’s unforgettable illumination.

Of course, there’s nothing like traveling to work up an appetite, and the Hotel Metropolitan has a variety of cafes, bars, and restaurants to satisfy any palate and suit any mood. The Lobby Lounge, Chaleur, is an ideal spot that is open throughout the day for quick coffee breaks. If you’re in the mood for a drink before dinner or a nightcap, drop in on the aptly named Knight. Open for several meals during the day, Serenity offers fusion cuisine made with locally sourced ingredients and expertly prepared by a French-trained chef; the restaurant itself is divided into five different areas, including private booths, a convivial counter dining area, and a family-friendly space. With its elegant, sophisticated decor, Hayase is the ideal environment for enjoying washoku—the traditional Japanese cuisine that has earned the recognition of UNESCO as an Intangible Cultural Heritage—with a menu that highlights the local food products of Tohoku. Finally, the restaurant Tohri serves up the rich flavors of authentic Chinese dishes. A perfect way to look out on this City of Trees, the banquet spaces “La Beaune” and “Ginga” provide a view from 21 floors up, making for a unique backdrop for special occasions.

One of the Metropolitan’s hybrid rooms

And even if you’re on a busy vacation or a business trip, who says you can’t take some time out to pamper yourself? The Sendai Metropolitan has a beauty salon on the 3rd floor, and for a feeling of total luxury, ride the see-through elevator to the hotel’s 6th floor beauty treatment clinic and beauty studio for a full range of salon treatments, all with a view out on the hotel’s verdant garden.

Let the Sendai Metropolitan Hotel serve as your travel oasis on your journeys around Tohoku and beyond.