The first step in bringing Marvel’s ‘The Avengers’ to the screen began with director Jon Favreau’s interpretation of ‘Iron-Man’, which successfully combined a great, charismatic performance by Robert Downy Jr. with a story and visuals that looked impressive and stayed faithful to the comic book. It managed to please old fans and win new ones.

Outings for Captain America and Thor followed, repeating the formula and success of Iron-Man to create fun and enjoyable movies that were popular with critics and audiences alike. Combined with a couple of not quite so well received films for The Incredible Hulk, and the introduction of characters Nick Fury, Black Widow and Hawk-Eye within the various other movies, we finally arrive at this, The Avengers.

The story revolves around an object of immense power that acts as a portal between worlds, the Tesseract. In the opening scenes this device is stolen by Asgardian God of mischief, and brother of Thor, Loki, who is working for an alien race which wants to use the device to control the universe – starting with Earth. Nick Fury, an agent of SHIELD, a special world peace keeping task force, puts in to motion plans to create a team of super-powered beings to defeat Loki and stop the alien invasion. First, though, the superheroes must find a way to put aside their differences and come together as a team for the good of mankind. 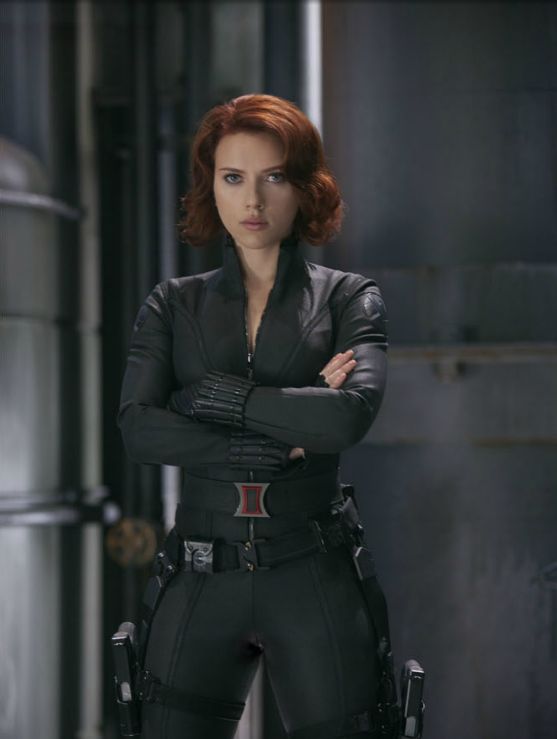 With such a large roster of iconic characters, each with their own complicated back-stories and deserving of the screen time needed to do them justice, it would be easy for the plot to become confused or for characters to be overlooked. One of the biggest achievements of director Joss Whedon is that this isn’t the case. Each of the heroes are given their moment to shine and attitudes and personalities are revealed through dialogue and character interaction, negating the need for lengthy scenes of exposition.

Perhaps the biggest revelation in the film is The Hulk, who disappointed in his two previous outings and as a result was eclipsed by his more successful teammates. Mark Ruffalo portrays Bruce Banner, the hulk’s alter ego, with a measured calm, fighting for control over his monstrous inner-demon which we all know can’t last. And when Banner finally blows, the Hulk smashes onto the screen as the giant green monster he always should have been. He’s big and powerful and has great fun ripping up the scenery, providing some of the films better jokes along the way.

Robert Downey Jr. continues his master class in charisma and scene stealing as Tony Stark, aka ‘Iron-Man’ and its a credit to the rest of the cast that they manage to keep up with him. Chris Hemsworth’s Thor carries the requisite gravitas of a demigod and I really enjoyed the scenes between him and his evil step-brother and main villain Loki, wonderfully played with a sneery malevolence by Tom Hiddlestone.

Captain America is the only character who looks a little ropey when in costume. Unlike the vintage World War II outfit of his solo outing, the bright red, white and blue suit is faithful enough to the comics, but doesn’t work quite so well in reality. This is a minor quibble however, and easily overlooked, as the character is great. Chris Evans looks every bit the clean cut hero, provides comedy as a guy from the 50s, confused by the modern world, and his natural leadership qualities are allowed to shine in the midst of the action.

It’s tremendous fun watching them spectacularly smash each other around the screen, every time they’re allowed to truly let rip the action is fantastic.

The film does a really good job of capturing the massively over the top, impossible action of the comics in a way that I think has never been done quite so well on screen. Even the non-super-powered characters, Hawk-Eye, Black Widow and Nick Fury (secret-agents and super-spies played by Jeremy Renner, Scarlett Johansson, who is pictured on the right, and Samuel L. Jackson respectively) manage to hold their own amongst their more super-powered comrades and don’t feel superfluous to the cast or story.

Unlike other recent Hollywood blockbusters, which needlessly push the two and a half hour mark, becoming bloated and self indulgent, The Avengers is long but not without good reason. The pace is fast and the action constant so it never feels stretched and it’s certainly never boring.

At a time when Hollywood’s big summer event movies often look impressive but fall terribly short in terms of story and character, The Avengers hits all the right marks, bringing together multiple narratives into a cohesive whole in which the drama is every bit as interesting as the spectacular action. The Dark Knight‘s biggest challenge this summer may not be on the streets of Gotham but at the box-office…

Unlike other recent Hollywood blockbusters, which needlessly push the two and a half hour mark, becoming bloated and self indulgent,