Tokyo Weekender sat down with David Bintley, renowned British choreographer and artistic director of both the National Ballet of Japan and the Birmingham Royal Ballet. In this exchange, Bintley shared about his love for Japan and gave us an exclusive peek into his company’s latest performances, Roland Petit’s La Chauve-Souris.

Born and raised by musician parents in the small town of Huddersfield in Northern England, Bintley started singing and acting at the tender age of four as part of a Sunday School performance.

“The first time I was on a stage I was stage struck,” he says. “Fast forward to when I was 10 or 11, I went to my sister’s local dance class just to get some movements to the songs I was singing, and the teacher said I should come and do some dance classes. I thought ‘well, if that gets me on a stage more often, I’ll do it.’ That’s how it all started.”

He joined the Royal Ballet School at age 16, and made his first choreographic piece at that same age. 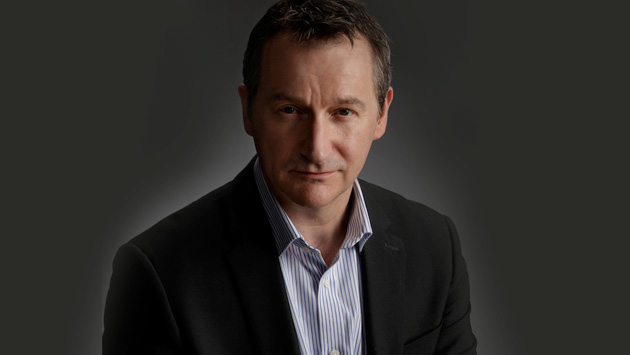 “That choreography saved me, as I won the choreographic prize, a competition which they held annually, and there was a 25 pounds (¥5,000) prize,” Bintley explained.

“Then I joined Sadler’s Wells Royal Ballet [now Birmingham Royal Ballet] when I was 18, and within a year the director had asked me to make a piece for the company.”

His dance and choreographic careers were always side by side from that point on.

Bintley’s first visit to Japan came very late in his life, in 1995 and his first impression of Tokyo was very different from what he had expected, and he did not appreciate it at first.

“I did not get it. Tokyo was all cars and concrete—nothing like kabuki or Kurosawa films. It was a difficult time for me,” he explained.

However, he soon warmed up to it after the initial culture shock and has worked here part-time ever since. “I came back in 2005 and loved working with the company, I spent more time here, got it, and understood it.”

“I had the chance to go out a little bit more and travel around, seeing it’s not all concrete. Tokyo is different from rest of Japan, like any capital city.”

Bintley had always been interested in Japanese culture, and was a big kabuki fan, even before he first visited Japan.

When asked about whether Japanese culture and society has directly influenced his work here, Bintley answered, “The Prince of the Pagodas was directly as a response to my experiences here and what I could reasonably make a fusion of cultures, without trying to pretend I’m Japanese and know anything about it.”

“It was a move in a direction of Japanese culture, without going so far as to make mistakes. You have to be very careful with that.” Bintley was inspired in particular by Utagawa Kuniyoshi, one of the last great masters of the Japanese ukiyo-e style of woodblock prints. “Luckily, the reception in Japan was successful and people seemed to think I got the essence,” he added.

“Japanese traditional arts are so complex and particular, I wouldn’t steal things. They’re too difficult, they’re too rich, I don’t just want to pretend I understand. I work in homage to Japanese culture rather than saying I really understand it—because I don’t!”

When the issue of cultural differences were raised Bintley said, “People are so different, and it’s about the problems you run into and how you solve them, which is very interesting.”

“Because Japan is such an alien background, it changes the way people speak and behave and you have to understand that to get the best out of people. The dancers and staff all speak English but the potential for misunderstanding is enormous.”

Bintley’s impressive range as a choreographer gives talented Japanese dancers a good reason to remain in Japan, where the place of ballet holds a fascinating stance and is welcomed with a huge enthusiasm.

“Ballet in Japan is still viewed as a Western art form, partly because traditional arts in Japan are preserved very strictly as being the artistic heritage of Japan. The way ballet came about in Japan was in an amateur way, by enthusiasts.”

“There is a fantastic audience for ballet in this country. I just wished they looked at it in a more grown up way, because it’s perceived as something for little girls.” 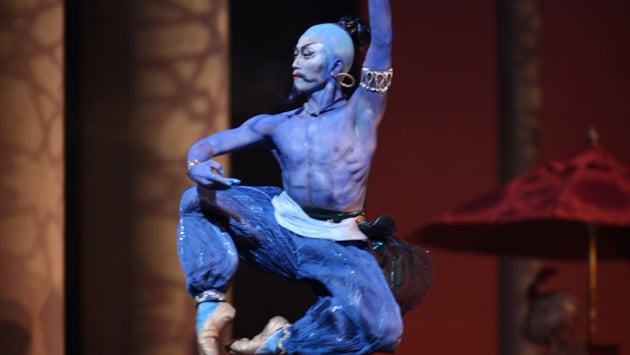 “The way ballet is portrayed in magazines here is all pink, terribly cute and stuck with this image of girliness. In the West, there is definitely that element, but it’s a serious art form, alongside music and film, not just entertainment for little girls.”

Directing both the National Ballet of Japan and the Birmingham Royal Ballet requires Bintley to divide his time between both countries: he travels to Japan six times per year to see the different representations, and spends about four months of the year on this side of the pond.

The creative process of a ballet production can take several years, and the actual set building, costume making and practicing steps is done over several months.

As for the latest performance by The National Ballet of Japan at the New National Theatre in Tokyo, La Chauve-Souris, Bintley described it as a fine example of Roland Petit’s work.

“It’s very French, chichi, witty, not a million miles away from classic ballet, but very theatrical and very chic.”

Indeed, Bintley’s recent performance of La Chauve-Souris proved to be another masterpiece by such a fine artistic director, featuring a breathtaking performance by talented dancers in a very elegant and humorous plot, making it accessible to a wide audience, including ballet novices.

Bintley indisputably shows a great love for this country and its culture, and his hardworking team of dancers.

When asked what he likes most about Japan, Bintley replies: “I’m a big fan of Japanese food… I like to eat everywhere!”