When I asked the doctor if I should circumcise my son he laughed in my face.

When I introduced the baby to our Japanese neighbor, she said, “So difficult, huh?” instead of the customary American response of, “How precious.”

A few hours after our second son was born, I sat in near panic as the doctor explained our baby’s “disease.”

As an expat parent with two children born in Tokyo, people back home often ask what is different about raising children in Japan. Our oldest son turns 5 at the end of the month, and today is the youngest’s third birthday.

The three-year-old did not have a disease, as the doctor implied. He is perfectly healthy. Though I question his mental health daily, whether he’s running around the restaurant with a wastebasket on his head or screaming at me for giving him the wrong spoon.

It was up to me to go to the hospital to sign all of the papers.

He was born three weeks early on my wife’s first day of maternity leave. We thought we were going to take our oldest son to the zoo that day. Instead we were at the clinic.

The baby’s first breath is supposed to suck all of the amniotic fluid out of the lungs. My wife likes to say our baby was so excited to go to the zoo with us that he cut his breath short, and didn’t properly clear everything out.

The clinic wasn’t equipped to extract the fluid, so our son’s first car ride was in an ambulance to the university hospital. Since my wife couldn’t leave the clinic, it was up to me to go to the hospital to sign all of the papers necessary for the doctors to properly treat our son.

The young doctor was courteous, and he had been given fair warning that he would be dealing with a foreigner. However, rather than use a less alarming word such as “ailment,” apparently Google translate told him to use the word “disease.”

After an explanation that seemed to take longer than a kabuki performance, I finally asked, “Is my son okay?” “Oh yes,” the doctor said in perfect English. “He’s the healthiest baby in the hospital.”

Even though he was perfectly fine, they kept our son at the NICU under observation for 10 days. You couldn’t help but feel for the other parents, and realize just how fortunate we were.

Meanwhile my wife stayed at the clinic for four days as is customary in Japan – and this is just one of the differences between raising children in Japan versus America (where mothers are sent home the day after giving birth).

Some more traditional clinics in Japan don’t allow fathers to be in the delivery room during the birth. When our oldest son was born I was at my wife’s side, vigorously rubbing her back with a little hand massager I brought from home.

The one English-language birthing book I could find at Kinokuniya bookstore was a new age book that taught you how to perform a home birth. While I do feel qualified to deliver a baby so long as the living room is large enough to fit a wading pool, there were two lessons from the book I actually put into action.

One lesson is to keep a record during the third trimester of how long it takes for the baby to make 10 kicks. This can take up to an hour. Let’s just say I gave this a sporting effort.

The second lesson I learned was to bring a massaging tool to the birth room, which I can’t recommend enough. Though, while I massaged my wife’s back for four hours, not a single doctor or nurse cared that my wrist was getting sore.

When I tell friends in the US that Japanese law allows for men and women to take up to one year of maternity and paternity leave, they say that’s amazing. It is amazing, but not in the cool, Amazing Spider Man kind of way.

A majority of Japanese women quit their jobs following maternity leave because once they do return to work, they are oftentimes removed from their previous career track, served a demotion and assigned to menial tasks. Don’t get me started on paternity leave.

Availability of daycare in Tokyo is another issue, though it is improving. We applied for daycare before our first son was born. We were finally accepted after our second son was born – almost two-and-a-half years after our initial application.

The first year we ranked 37th on the waiting list. The second year our ranking dropped down to the 70s. The bureaucrats at the ward office didn’t seem the grasp the concept of the waiting list.

We are happy with our current daycare, and Japan recently enacted the 10 percent consumption tax, with one directive being to provide free preschool education for ages 3–5. Since it is your youngest son’s third birthday, as of April – when the next school year kicks in – my daycare expenses are free.

Our parents only took us to the doctor if an ear or limb was dangling funny.

And while it is different from city to city, medical costs in Japan, including prescription medications, are generally free of charge until your child turns 15. When I was a kid in America, our parents only took us to the doctor if an ear or limb was dangling funny.

Now we take our kids to the doctor if they cough a few extra times or their snot thickens to the consistency of pale tree sap – because the check-ups and medicine are completely free.

While my Japanese is improving, language is still the main barrier. One time we were late to daycare because of a doctor appointment (a common theme) and I accidentally told the teacher I took our son to go see the “chair.”

Also, in case you are wondering, you can take your sons to the international hospital where they perform circumcisions for ¥60,000. We declined. Apparently Japan helped me find my price point for circumcision. 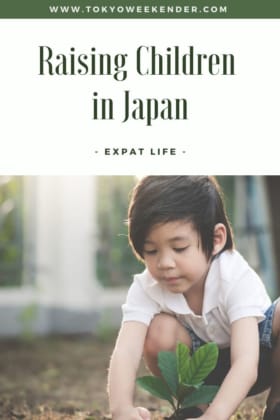