Developed post-2000, it really came into its own in 2009 with DJ Nobu and Haruka leading the way 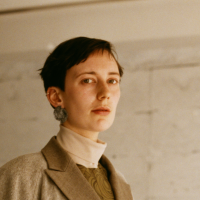 Berlin techno is found in the dark cavernous halls of the legendary nightclub, Berghain, played by DJs such as Marcel Dettmann and Ben Klock. It has a punchy, heavy-hitting industrial sound, characterized by four-to-the-floor kicks, designed to work the dancer through to the morning.

Detroit techno is the original, invented by Black people in Michigan’s largest city, made and played by Jeff Mills and The Belleville Three. It takes influences from Motown and Chicago house music to create a funky, bouncy beat and jumping hi-hats.

Then we have Japanese techno. It developed after the other two, post-2000, and really came into its own from around 2009. DJs and producers including DJ Nobu and Haruka play this twisting sound, with deep, consistent kicks and swirling hypnotic synths to bring the dancer to the next dimension. The Origins of Japanese Techno

While techno had been around in Japan for a while, the Japanese techno scene as it is today probably really started around 2001 with DJ Nobu’s Future Terror Party series. The party was held in his adoptive hometown of Chiba and is still going to this day, one of the longest-running events in Japan.

The party was a success, featuring Nobu himself alongside local DJs. From its humble beginnings in a small club in Chiba, it has been taken across the country, spawning a Future Terror festival in Yamanashi Prefecture and even Hokkaido. Currently another DJ, Haruka, runs the party with him.

The popularity of Future Terror as a party helped to spread interest in Nobu’s style of DJing and the music he played. Regular guests of Future Terror include Wata Igarashi and Iori, both important figureheads of the Japanese techno scene themselves.

Nobu recognized the importance of appealing to a global audience. It is documented that he was one of the first Japanese DJs to speak English. This enabled him to book international artists for his own parties and organically spread his own name, breaking Japanese techno out of the Galapagos Syndrome found in other scenes.

Soon, the bookings from abroad came in. He started playing in the biggest techno clubs in the world. When he first played at Berghain in 2010, after being invited by Dettmann (who played Future Terror the year before), he said he “had an awakening.”

Two years later, he formed his own label, Bitta, which championed the Japanese techno sound. Its first release was a split side by Nobu and fellow DJ and producer, Iori.

Iori’s productions, known for their refined, dub techno tendencies alongside hypnotic melodies, epitomize the spaced-out Japanese techno sound. Even prior to his debut EP in 2009, Iori had been a main player, pushing Japanese techno on the global scene.

Iori’s influential releases saw him tour the world. His highly influential album, Nexus, released on Bitta, cemented Japanese techno as a world-class concept. It is a masterpiece in refined production and Japanese synthesizer goodness. The second track, “Bloom” is peppered with delicious 808 acidic tones, a dub techno pleasure.

In addition to Nobu’s label, Bitta, another key Japanese techno label is Wols founded by veteran Japanese DJ and record producer, Takaaki Itoh. Established in 2002, Itoh’s label began with a heavier style, much like something from Berghain, around the same time Nobu would have been mixing disco and house into his own sets. From Clubs to Festivals

A final mention has to go to the legendary party, Labyrinth, which is a testament to just how far the Japanese techno scene has come. The rumors of Labyrinth now go across the world with fans visiting from far and wide.

Many established DJs from across the world hope to play at Labyrinth or even just experience the sound system themselves one day. Residents include Italian DJ, Donato Dozzy and Belgian DJ, Peter Van Hoesen.

As a relatively new concept, the Japanese techno scene is ever-changing, with long-standing DJs happy to champion the next set of upcoming performers and producers. The current crowd is aware of the one-sided nature of Japanese techno, too, with Future Terror recently increasing its bookings of female DJs and supporting younger producers and artists.

Who knows where the next scene will take us?