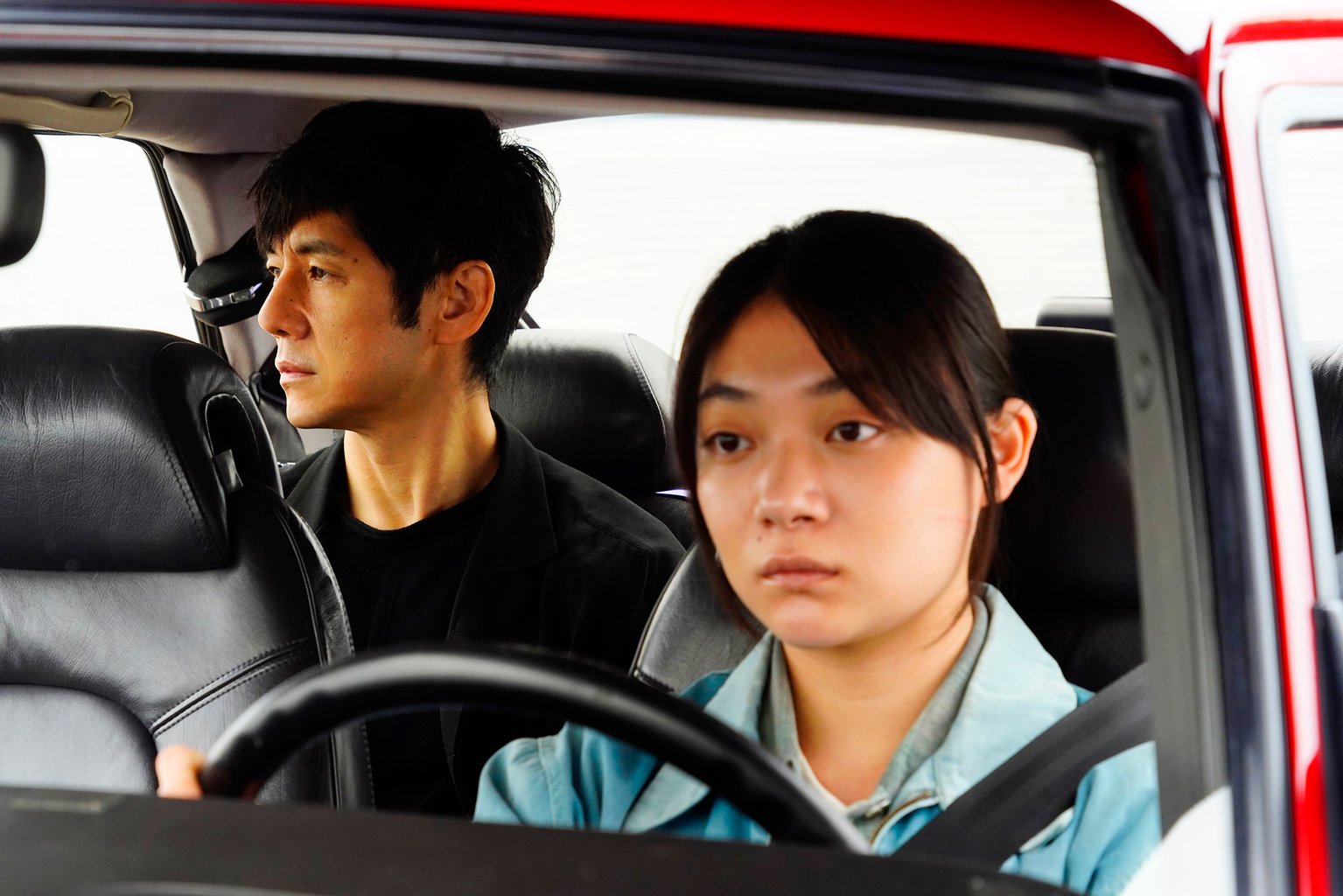 Ryusuke Hamaguchi is on a roll. Since sliding into global consciousness with Happy Hour in 2015, Japan’s critical darling has released three more feature-length works that plumb the depths of the human psyche and explore the mystical and banal moments that constitute a life: Asako I & II (2018), Wheel of Fortune and Fantasy (2021), and Drive My Car (2021). To describe these films as feature-length may be a bit of an undersell. While Asako I & II is standard two-hour fare, Happy Hour offers a runtime of nearly five and a half hours, immersing the viewer in what Richard Brody of The New Yorker called “the agonizing intimacies of contemporary life.”

Hamaguchi’s latest work, Drive My Car, has been nominated for multiple Academy Awards this year, including Best Picture and Best Director. And earlier this morning, it took home the award for Best International Feature Film.

Clocking in at a breezy three hours, this adaptation of a Haruki Murakami short story (from recent collection Men Without Women) follows the travails of widowed theater director Yusuke Kafuku, played by the world-weary Hidetoshi Nishijima (The Last Recipe), as he organizes a production of Anton Chekhov’s Uncle Vanya during a residency. Kafuku acquiesces to being driven around by a chauffeur, as stipulated by the company offering him the residency in Hiroshima. He reluctantly hands over the keys to his red Saab 900 Aero coupe to an unsmiling young woman in a baseball cap, whom he eventually comes to know as Misaki Watari (Toko Miura).

Watari takes up the daily task of shuttling Kafuku back and forth between the venue and his accommodations, with the occasional excursion to someone’s home for dinner or a hotel bar for uneasy conversation. Over time, a powerful mutual understanding takes shape between driver and passenger. They share sorrowful truths with one another, probe memories through meandering conversations, and find something like quiet acceptance, if not peace, on the road.

In spite of their drastically different protagonists, Hamaguchi’s four recent films dance around common themes or tropes: the magic of performance, whether for public or private audiences; human fickleness and determination; the intractability of fate; and solace in communion. Hollywood’s relationship with Japanese cinema has been hot and cold over the decades: Drive My Car’s nomination follows on the heels of Hirokazu Koreeda’s Shoplifters (2018) and Yojiro Takita’s Departures (2008) in the Best International Feature Film category at the Oscars.

Hamaguchi is only the third Japanese director to be nominated for Best Director, after Akira Kurosawa for Ran (1985) and Hiroshi Teshigahara for Woman in the Dunes (1965). Among the films named above, only Takita managed to clinch the award in 2008 for his poignant portrayal of Japan’s undertakers, a profession subject to stigma and ostracization despite the social and spiritual necessity of their labor.

Drive My Car breaks new ground as the first Japanese-language film to compete in the Best Picture category, similar to Bong Joon-ho’s Parasite (2019) for Korean-language film just a few years ago. Bong’s Best Picture win was a watershed moment, heralding a new era of popular attention on East Asian cinematic narratives — right before the world went into lockdown in the early days of the Covid-19 pandemic.

Last year, the Netflix-backed South Korean drama Squid Game also inspired discourse on a global scale, echoing in a fashion Bong’s critiques of the cruelty of capitalism at large. The on-screen violence in these Korean narratives resonates somewhat, albeit obtusely, with the oeuvre of Chinese filmmaker Jia Zhangke. His inflections of the sordid and the absurd — think A Touch of Sin (2013) or Ash is Purest White (2018) — are most always embedded in the layered idiosyncrasies of a Chinese context, however.

Meanwhile, Japan’s directors have trained their eye less on systemic injustice than individual misfortune. Hamaguchi and Koreeda eschew hyperbole and hone in on the prosaic, drawing out naturalistic performances from their actors.

Hamaguchi, in particular, excels at conveying a character’s interiority through a glance or a movement. Conversations in his films are, by turns, effusive and deadening, charged with wonder or laden with anguish. As methodical excavations of complex interpersonal dramas, Hamaguchi’s films are perhaps perfectly suited for this cultural moment, as we tentatively emerge from isolation and remember how to live amongst each other again. He reminds the audience to take it slow, embrace stillness. Like two people on an unhurried drive who let silence bloom, heavy with potential.

All stills courtesy of Janus Films