The phrase “hidden gem” is often thrown around, but it’s rarely accurate. Taketa, a small town in Kyushu’s Oita Prefecture, fits that bill and another one, as an “off-the-beaten-path” destination. Much more than travel writing clichés, this is a truly charming and welcoming town. Locals wave hello at the Kengo Kuma-designed Taketa Castle Town Plaza, a public square situated five minutes from the station. They cherish their history, but also keep innovating, from singing tunnels to AR samurai. 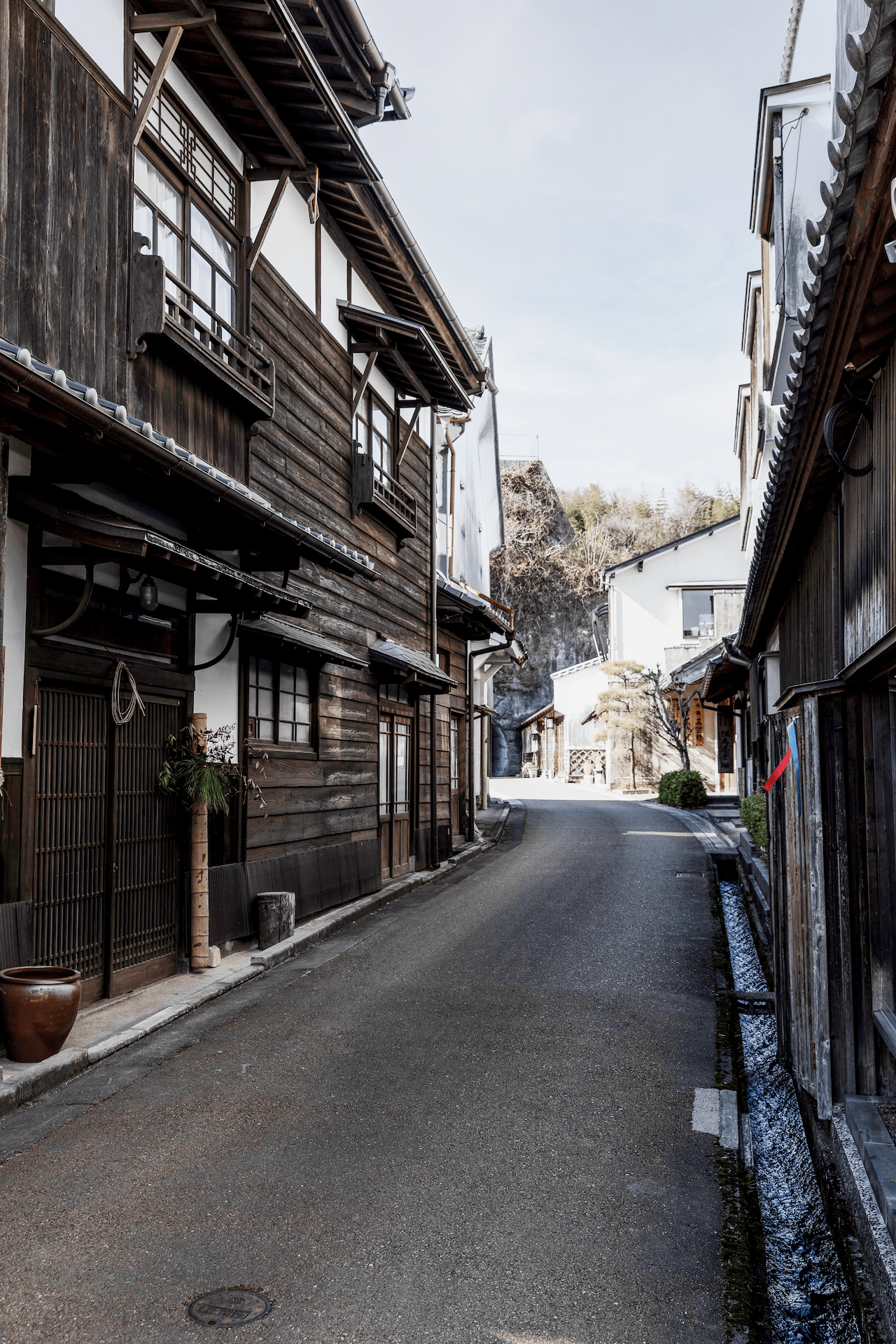 The samurai streets of Taketa

The Layered History of the Old Castle Town

Oka Castle was decommissioned by the Meiji government, but the size of the castle grounds, the remaining stone walls and the view from the top are all an impressive sight. In addition, the castle has been rebuilt virtually. With the help of a smartphone, a multilingual app and free Wi-Fi, AR technology projects the castle gates and buildings where they once stood. Samurai characters pop in and out to give you information in 28 different spots around the Oka Castle Ruins.

One of the 28 is a statue that doesn’t look like it’s from the Edo Period. It’s the pianist and composer Rentaro Taki who spent his childhood in Taketa in the 1890s. His former house is preserved as a museum today, but the Rentaro Tunnel leading to it steals the show. A picturesque yet quite ordinary structure at first glance, it starts playing Taki’s music only when you pass through. As soon as you go out, it stops as if it was all a daydream.

Strolling around Taketa will reveal even more material history. The Bukeyashiki area is lined with preserved old samurai houses, the family descendants still living in some of them today. Taketa’s Not So Hidden Christians

The stories of Japan’s hidden Christians in the Edo Period are full of cruelty and suffering. Taketa is an unusual exception. Many of the Oka Castle samurai were either Christians themselves or very sympathetic to their fellow Christian citizens. Many religious sites are found today, from stone carved angels to cave chapels. A 400-old cave chapel just around the corner from the samurai Bukeyashiki district is a prefecture-designated cultural property today. For more Taketa Christian artifacts, visit the Taketa Christian Museum. The one woman culinary magic at Kana’s is worth lining up and waiting for. The chef collaborates with local farmers to only cook with what’s best in the season, reinventing the menu every week. Pasta cooked in carbonated onsen water is usually the base for creative sauces that are the best of both Italian and Japanese cuisines. The meal is crowned with a delectable dessert and freshly brewed coffee. As you leave central Taketa and take to the Kuju Mountains, there is vast nature to explore on the way. Make a stop at Ameushi Falls, one of the most easily accessible and stunning waterfalls in Taketa. The Kuju mountain range is part of Aso-Kuju National Park and has the highest peak in Kyushu. It also has some great hiking and camping opportunities.

At 850 meters above sea level, you can also visit one of the highest wineries in Japan and the first one to open inside a national park. Kuju Winery only started in 2002 but it’s already reaping awards. Its Chardonnay has many accolades and the original Kushifuru no Yume is a distinctive red made of wild grapes crossed with merlot. The winery’s restaurant offers stone oven-baked pizzas as the perfect wine accompaniment.

Further gourmet wanderings will take you to Resonate Club Kuju for high-class Oita wagyu beef. The elegant restaurant is part of a bigger resort hotel in Aso-Kuju National Park. This hot spring town founded by the Oka clan is best known for carbonated water. A crab-shaped pool called Ganiyu stands in the middle of the Seri River, free for anyone to soak in. The river is lined with traditional inns, but the stylish Lamune Onsen beckons with its charred cedar walls and whimsical rooftop trees. Terunobu Fujimori is the architect behind the fairytale-like structure. Lamune Onsen offers a spacious public bath and small private baths, provided you can tear yourself away from the cute merchandise and the owner’s elegant cats.

The Kingfisher Resort in Nagayu is an extremely stylish ryokan with some of the most creative and delicious kaiseki ryori (Japanese multi-course haute cuisine) in Japan. The local river trout sashimi hiding under a dome of ice is an exquisite highlight, while the Roninyaki pottery in which everything is served feels like it belongs in an art gallery. The Ronin Kama pottery studio and shop is just across Lamune Onsen and the artist himself is often there.

Don’t leave Nagayu without seeing one of the oldest trees in Kyushu. The mossy Momiyama Shrine is about 800 years old and home to a zelkova tree said to be the same age.

Taketa is located about one hour by train from Oita Station.