A Gourmet Tour of Miyazaki Prefecture

Blessed with an ideal climate and some of the best and most sought-after produce in Japan, Miyazaki is a foodie's delight

Miyazaki Prefecture is known for its great weather, Pacific surf and a 250-mile coastline of lush forests and impressive geological features. Its location also has significant agricultural connotations. Clinging to Kyushu’s southern edge and facing east, in the past Miyazaki was known as “Himuka no kuni” (literally: “the country that faces the sun”).

Seasonal vegetables grow in abundance in the Vitamin D-soaked Miyazaki farmlands. The home-brand wagyu beef, from cattle reared on these verdant pastures, is among the most prized in Japan. High-quality shochu, benefitting the local terroir, is distilled from sweet potatoes, rice, wheat, buckwheat and more. Meanwhile, a shift towards sustainable fishing practices has allowed for even more ethical sea-to-table cuisine.

So, when visitors to the region aren’t lapping up the waves or hiking through forests rich in folklore and mythology (which occupy 75 percent of the Miyazaki landscape), exploring the eclectic culinary scene becomes the excursion of choice. 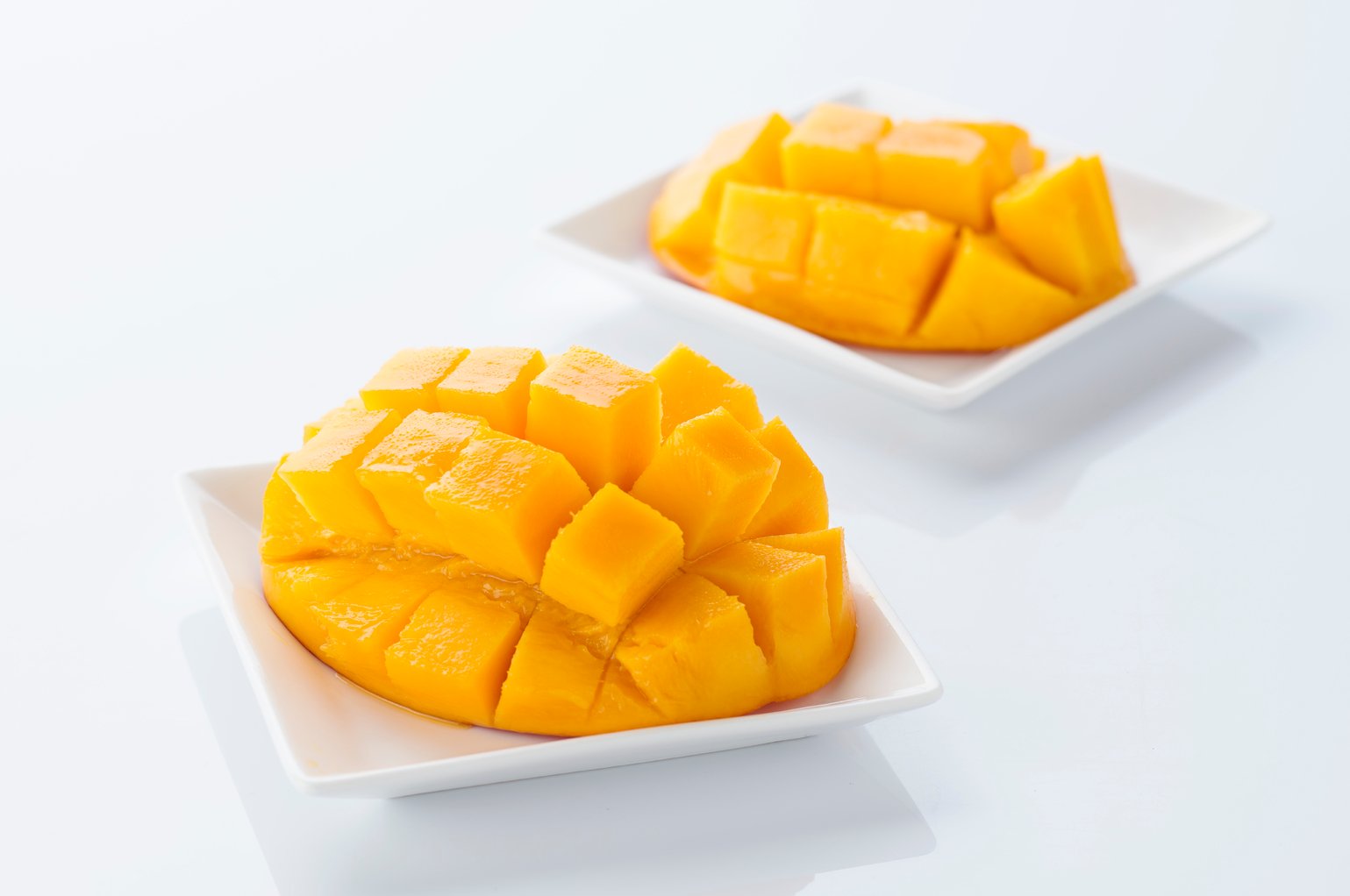 Miyazaki is blessed with an ideal climate for growing fruit and vegetables. The average temperature of 17.4 degrees Celsius makes it the third warmest prefecture in Japan, while over 2,000 hours of sunshine and clear weather throughout most of the year encourage high rates of photosynthesis in edible plants. The prefecture also receives ample subtropical rainfall.

Hyuga natsu, a citrus fruit native to Miyazaki, are renowned for their lemon-like appearance, bittersweet taste and edible pith. Shops and market stalls throughout the prefecture will likely have hyuga natsu lining the shelves, especially in spring and summer. The fruit is also found in omiyage (souvenir) boxes, should you wish to bring a taste of Miyazaki home.

Head to prefectural capital Miyazaki City for the spring-through-summer mango season. Miyazaki mangoes, clothed with distinctive purply skins, are among the world’s most expensive varieties. Known as Taiyo no tamago (literally: “Sun eggs”), they typically weigh over 350 grams and have a sugar content 15 percent higher than your average mango.

Starchy vegetables, like sweet potatoes and black pumpkins (also known as hyuga pumpkins), are popular in the region too. Introduced by the Portuguese in the 16th century, Miyazaki black pumpkins are now the exclusive domain of around 25 growers in Kawaminami and the Ikime area. Depending on the season, you’ll find black pumpkin in a range of dishes throughout Miyazaki, from oden and miso soup to kushi katsu and tempura. Sampling the richly marbled Miyazaki Beef is an absolute must for carnivores. It’s become a serious source of pride throughout the prefecture, and the beef needs to meet strict specifications: it must be of grade four quality or higher (as dictated by the texture and percentage of marbling), while the cattle must be born in Miyazaki and sired by a Japanese Black bull.

A litany of accolades speaks to the caliber of Miyazaki Beef. Winning top prize in the 2007, 2012 and 2017 National Gathering of the Japanese Beef Quality Association — known colloquially as the “Wagyu Olympics” — it ousted better-known rivals, such as Kobe and Hida, en route to the podium. Naturally, this caused the global beef scene to stand up and take notice: Miyazaki Beef is now served to first-class diners on airlines, is gifted to victorious sumo wrestlers and appeared on the menu at the Oscars Governors Ball, the official after-party of the Academy Awards, in 2018, 2019 and 2020.

Miyazaki Beef is exported across Asia and the rest of the world, but diners are spoilt for choice locally, provided they’re willing to be a little frivolous. The Miyazaki Gyu online directory has an exhaustive list of restaurants serving the branded meat, including over 46 restaurants in Miyazaki City alone. Among them, Miyachiku, affiliated with JA Miyazaki Keizairen, has four stores in Miyazaki City with affordable prices. Miyazaki’s nutrient-rich waters benefit from the Kuroshio current, which carries warm equatorial waters poleward and allows for substantial marine biodiversity. Skipjack tuna, marlin, fugu, crab, shirasu (small sardines) and Ise-ebi (spiny lobster) are all prevalent (and fished) off the long coastline. Miyazaki has also received praise for its adherence to sustainable fishing practices, such as single-line fishing, which minimizes environmental destruction and bycatching of other marine species.

You won’t struggle to find tasty seafood in Miyazaki, but a couple of recommendations will help get you started. Ise-ebi sashimi and obiten (deep-fried fish paste with tofu and brown sugar) are popular eats on the southern stretch of coastline around Nichinan — perfect post-surf repasts. Chirimen jako (boiled and sun-dried shirasu) and Miyazaki lettuce maki rolls, filled with lettuce, shrimp, mayonnaise and rice, frequently find themselves on izakaya menus. Check out Sushi Dokoro Ippei in Miyazaki City, said to be the originator of the lettuce rolls. And especially when in Takachiho, don’t miss out on bonito sashimi. We’ve touched on some of the must-eats and where to eat them, but to experience the true richness of Miyazaki’s culinary heritage, travelers should set aside a couple of days and make their way to Takachiho. The town, positioned above a 7.5-mile-long gorge, is one of the most beloved tourist spots in the prefecture. It’s also famous for shochu made from kansho sweet potatoes, barley and rice, all of which proliferate in the town’s temperate climate.

With such a wealth of produce at Takachiho’s disposal, foodie experiences should top your to-do list. Culinary tours where you can pick fresh produce and learn to cook the local specialties are widely available in English.

Kappo chicken is a standout Takachiho specialty cooked with vegetables, mushrooms and spices inside a hollow green bamboo. You can even make it yourself, by joining a cooking experience (offered only in Japanese currently). Bamboo makes an appearance in the local drinking culture too. You can try kappo-zake — sake or shochu warmed in bamboo roasted on a fire. One scenic place to try this is Araragi no Chaya, a restaurant that specializes in whole roast chickens. For more bamboo fun, try nagashi somen (thin noodles eaten from bamboo troughs) at Chiho no Ie. This scenic restaurant is said to have invented the fun noodle dish.