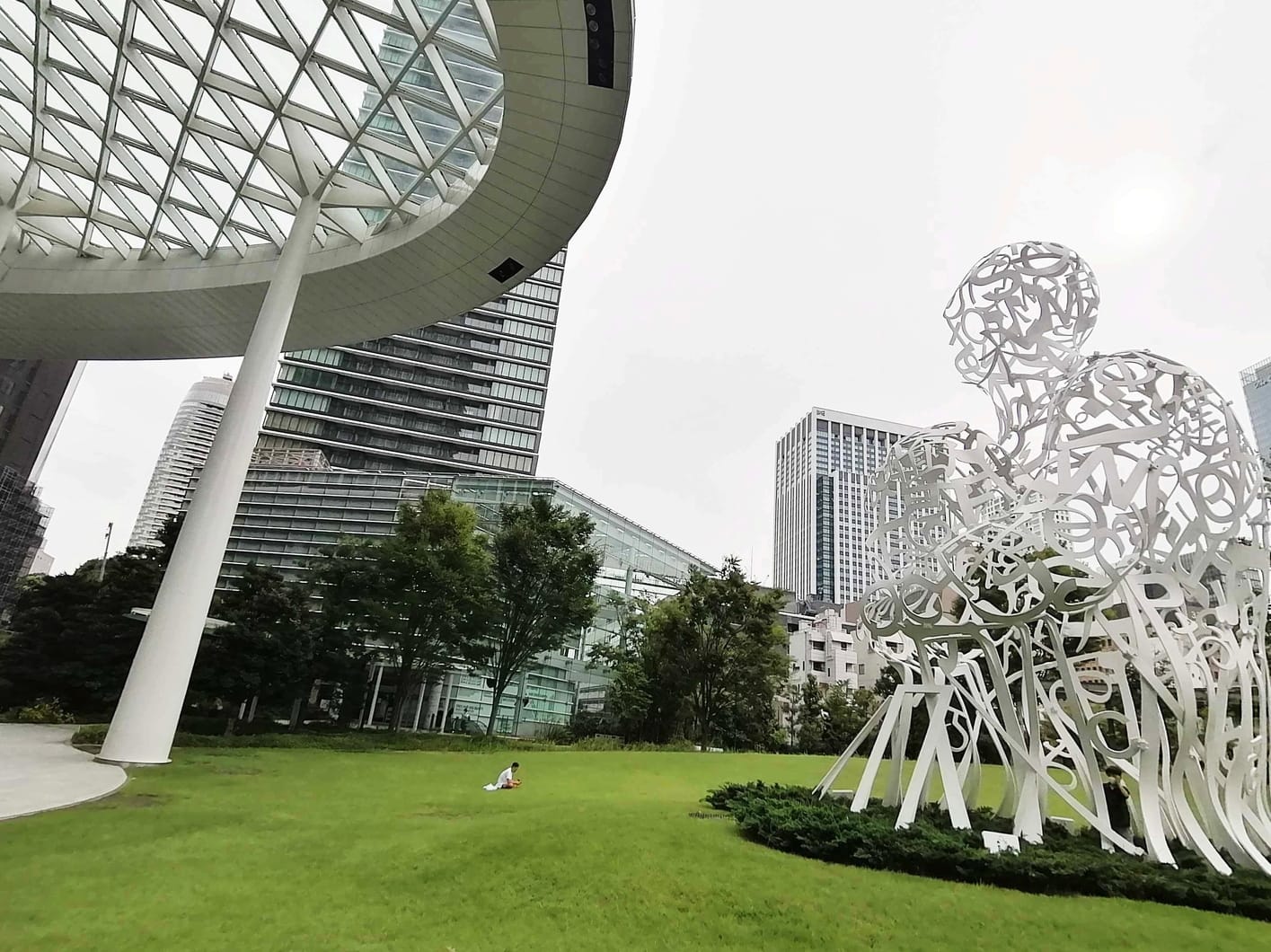 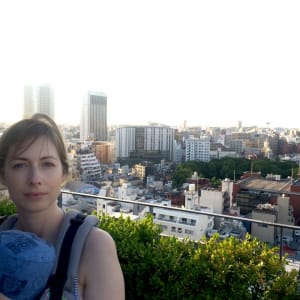 One of the great joys of living in a city like Tokyo is the frequent occurrence of the unexpected. Small surprises can brighten your day and make you look at the city in a new light. Public art delivers all this and more, reminding us that a city is ever-changing. It also gives us a chance to view great art by some modern masters for free.

While some public art stands alone, waiting to be discovered in a quiet park corner or well-traversed subway, other works shout at you from afar and are destinations in their own right. Luckily (given the expanse of this city) some of the most prominent public art in Tokyo happens to be in the same area. This means that you can effectively view a curated exhibition in a unique open setting, with each work intimately connected to its surroundings. So here are some of the best spots to view public art in Tokyo.

With the aim of playing a significant role as a place and source of culture in the city, Toranomon Hills has commissioned numerous pieces of public art, which can be found dotted around the area. Each piece has been created in relation to Toranomon Hills, with the aim of enhancing and re-contextualizing the very urban spaces they inhabit. Due to their proximity, the works act like an open exhibition; always free and visible to everyone.

This 10-meter-tall sculpture is modeled from eight different scripts (Japanese, Chinese, Latin, Arabic, Greek, Hebrew, Hindi and Russian), representing the intermingling of different cultures and the language bonds that both divide and connect us.

Leandro Erlich is famous in Japan for his swimming pool installation in the 21st Century Museum of Contemporary Art in Kanazawa. The Argentinian artist also has a public piece of art in Tokyo. His beautiful and ethereal sculpture acts as a kind of optical illusion, encouraging passersby in one of Tokyo’s busiest areas to stop, look and think. The apparently floating cloud in a glass box is made up of overlaid pieces of glass printed with ceramic ink that change their appearance depending on where you stand. Also lit up at night, the piece’s changing views are definitely worth a few visits.

Most of the public art around Roppongi Hills has been actively curated by the Mori Art Museum with the intention of making the area one of Tokyo’s cultural centers. For a city that has been forced to rebuild and remake itself numerous times, Tokyo cannot rely on many heritage buildings. That makes projects like this an even more important part of the city’s character.

There is a useful guide map showing the location of the artworks and the streetscapes – artist-designed functional street furniture, adding more than a touch of novelty to your rest times. Look out for these highlights. Perhaps the most eye-catching piece of public art in Tokyo, Louise Bourgeois’ gigantic spider looms over pedestrians, who can weave between its spindly, pinpoint legs on their daily commute or stroll. The name “Maman” comes from the detail that can be seen when you stand under the sculpture. The spider’s sack is full of eggs. Both grotesque and sublime, this is one of many spiders created by Bourgeois as public art. The others can be found in Canada, Spain, the UK and South Korea.

Isa Genzken’s “Rose” sculpture exudes a different kind of feeling. A disconcerting manipulation of size and space accompanies the beauty of the flower. The choice of such a delicate subject surrounded by reinforced concrete can also make us think about the often-overlooked transient beauty of flowers and the importance of injecting nature into city spaces.

Another work actively engaging with nature, this time through a string of gold beads suspended over the Mori Garden Pond. Given the history of the garden it’s a bold statement, but one that successfully adds to the environment. The sculpture changes shape as you walk around the garden, reflecting the shifting of the seasons.

Famously the world’s busiest station, Shinjuku can be overwhelming for many. Attempts to navigate the complex transport system or to weave through the thronging crowds can fluster the best of us. While this might not at first seem like the best place for public art, it is often when we are stressed that we need opportunities to pause and reflect the most. Luckily there are several striking public artworks around Shinjuku station.

A short walk from the chaos of Shinjuku Station, surrounded by high-rise buildings, there’s a bright red iconic symbol of love. Just passing it by can light your load and bring a bit of joy. It’s a prominent and cheerful piece of art that has become a local landmark in West Shinjuku. It’s also a meeting spot and photo stop for many.

Installed on a wall of Shinjuku Station’s West Exit Underground Plaza, this enormous, illuminated, acrylic eye has been staring out at commuters since 1969.

Just outside Shinjuku Station is the new Shinjuku East Square Community Art Park. And looming in the center is this intentionally bewildering statue by the Brooklyn-based Japanese artist Tomokazu Matsuyama. The sculpture shows the abstracted form of a boy holding a bunch of flowers and the plaza contains further graphics and seating areas, encouraging you to stop, rest and consider the artwork.

Odaiba is a well-known entertainment district, though many of its attractions come with quite a hefty entrance fee. It’s, therefore, good to know that there’s also plenty of free art on show for those who would like to enjoy the area’s atmosphere without breaking the bank.

The Artworks Around Tokyo Big Sight

There are seven works of art displayed around Tokyo Big Sight. They’re all close to each other allowing for a reasonably easy stroll to view them all. Highlights include Claes Oldenburg’s “Saw, Sawing” — a ginormous saw with a bright red handle positioned as if it were sawing through the earth. There’s also Emiko Kasahara’s three marble beds intended to symbolize birth, procreation, and death.

Daniel Buren, “25 Porticos: The Colour and its Reflections”

Crossing Odaiba Marine Park you’ll find a snaking line of lollipop-striped porticos, resembling a pop art-esque series of torii gates. The porticos are designed specifically for their setting. On viewing the work, some people will simply see a walkway, not art. Others will see a series of picture frames. And others still, a viewfinder — an opportunity to look and view their surroundings in a new light.

Daniel Buren has similar public artwork in front of Grand Cube in Otemachi.

Quite a different offering of public art can be found to the west of Tokyo. Since the 1990s, over 100 works of public art have been on display around Tachikawa. They’re part of a project known as Faret Tachikawa. The public art was built into the redevelopment plan for the area, bringing art and town planning together in a unique and accessible way.

Intentionally diverse, with 36 different countries represented, the public art around Tachikawa has been built into functional aspects of the town, such as benches, streetlights and bollards. Not all of it is conspicuous and some pieces will be easily passed by unnoticed. However, often the subtleness is part of its charm; like a hidden piece of art waiting to be discovered.

Works like Hirotoshi Sakaguchi’s “Barcode Bridge” and Donald Judd’s wall sculpture “Untitled” easily blend into their environment. While others such as Esther Albardané’s “Tachikawa Women” and Claes Oldenburg’s “Lipstick” obviously stand out as sculptures.

For those who want to discover more and track down all of the art in the area, there’s a dedicated app for that. The app helps you find art and gives you more details about the whole project.

Above is just a taster of the bounty of public art on view around Tokyo. If you find yourself walking around Otemachi or Omotesando you may well come across one of Hiroshi Sugimoto’s piercing sundials. Or, a stroll around the area of Tennozu Isle might bring you face to face with Kimiyo Mishima’s gigantic and delicately sculpted garbage bin.

Parks have long been favored locations for public art. There are statues both contemporary and traditional found in most parks in the city.

The constantly evolving nature of a city means that new public art is added all the time. All the while older pieces slowly meld into their surroundings, becoming a permanent feature of their urban environment. The next time you walk around a Tokyo neighborhood keep your eyes open, as there is a good chance there is public art to be found somewhere nearby, waiting to be discovered.