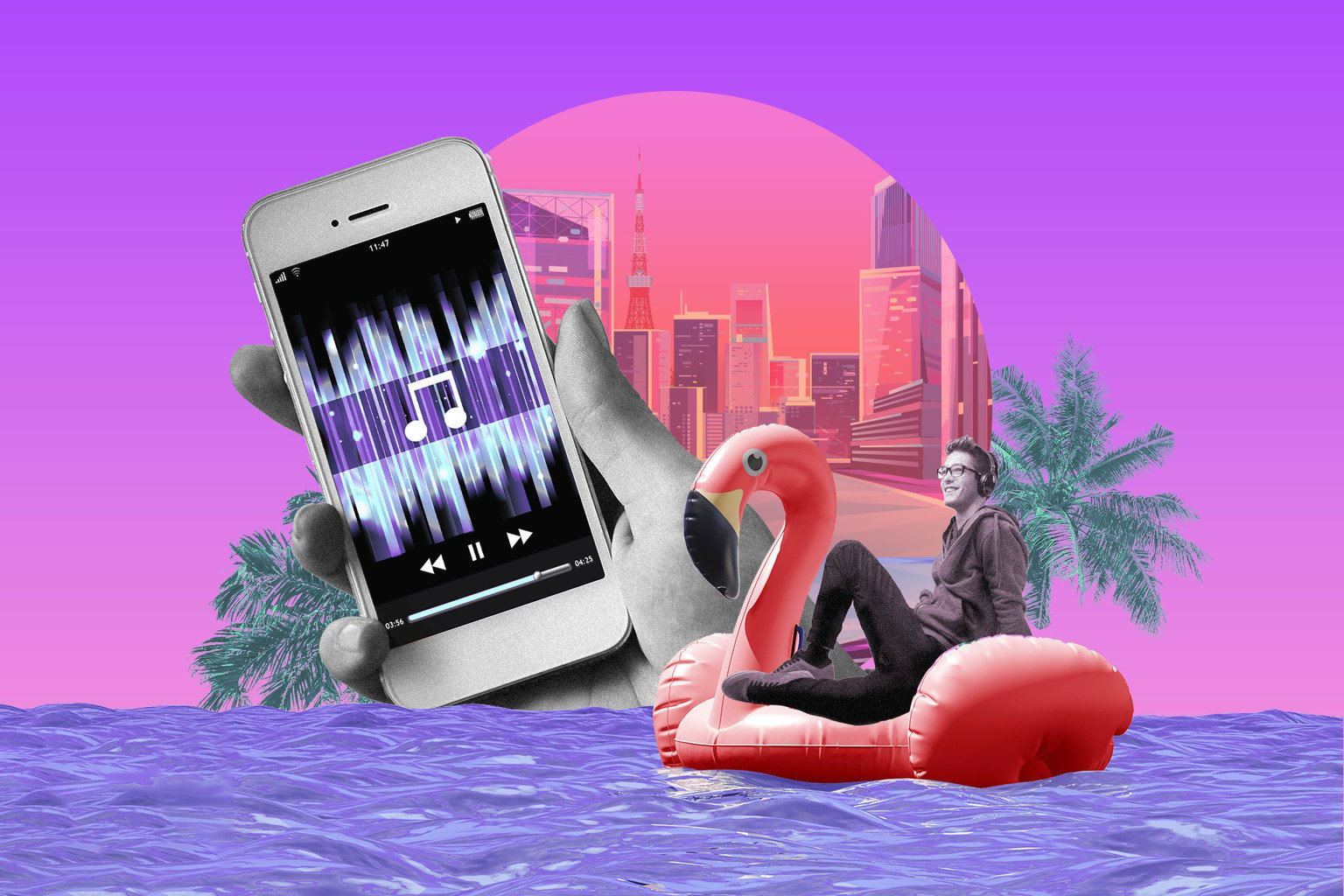 It’s like a tickle in the brain, when you hear a song for the first time and there’s something that sounds familiar. This is a common occurrence when listening to music, especially of the pop genre. With the millions of tracks at our fingertips, millennials and boomers alike revisiting their high school favorites, up-and-coming artists have the largest pool of inspiration in human history at their disposal.

In Japan, the last five years have seen a rise in new music inspired by the ’80s, especially city pop. Just as recently this past January, Miki Matsubara‘s “Stay With Me” was at the heart of a leading trend on Tik Tok and Instagram. Before Matsubara though, it was Mariya Takeuchi’s “Plastic Love” that went viral on YouTube in 2018.

And my boyfriend loves “Plastic Love.” In fact, he loves the song so much that any recent releases he enjoys enough to add to our collaborative Spotify playlist, we realized, vaguely exude the “Plastic Love” nostalgia of the ’80s (despite my boyfriend being a ’90s baby, but I have learned to not challenge him on that).

This realization happened while we were driving south of Kanagawa Prefecture for a weekend day trip, as I explained to him that I found it impossible not to group his songs together at the beginning of the playlist. “I couldn’t find any song in my library that would nicely flow to and from,” I said. We concluded his current favorite tracks sounded too similar and we discovered the red thread connecting them all was Takeuchi’s popular hit, as Friday Night Plans’ cover softly played in the background.

This is now a fond inside joke of ours but I thought I would share a couple of the songs somewhat inspired, even if a little bit, by “Plastic Love.” I feel I should mention: This is not, by any stretch of the imagination, serious research. Enjoy the recommendations!

DedachiKenta, based in LA but born in Nagasaki Prefecture, made the top 10 of Youtube’s 2019 “Artists to Watch” roundup. His songs are groovy and though he sings mainly in English, you clearly hear the Japanese city pop inspiration in his rhythmic hits, which include “Catch Me If You Can.”

Though Friday Night Plans, led by Japanese-Philipino singer Masumi, gained traction after their “Plastic Love” cover in 2018, the band continues to release catchy singles with a slight touch of ’80s Japanese pop. “Honda,” unsurprisingly is a song also used in commercials for the Honda Vezel, is a lovely reinterpretation of the genre.

Three1989 has been stealing hearts since 2015 but even more so since lead vocalist, Shohei made an appearance in one of the later seasons of Terrace House. The band’s several hits dabble in funk but their March 2020 single “Sakurabito” definitely falls more into the city pop end of the musical spectrum and Emi Okamoto’s voice compliments the genre well.

“Lover Boy” gained Thai singer-songwriter Phum Viphurit international recognition. This song not only has musical hints of “Plastic Love” throughout but captures the danceability of Takeuchi’s hit, which was a driving inspiration when she wrote and performed the song in the studio. Both songs have somewhat melancholic themes but you just can’t help bobbing your head along.

Indie pop pioneers Kirinji, the band behind the 2000 hit “Aliens,” have without doubt a couple of songs that match that of ’80s hits. For now, let’s highlight their 2019 single “Killer Tune Kills Me,” produced in collaboration with Tokyo-based Korean artist YonYon. It’s catchy, it’s easy to sing along to even if you don’t know too much Japanese, and it’s rare to see Japanese and Korean lyrics meshed so seamlessly together. If you have the time, definitely give the rest of the Cherish album a listen.

Enon Kawatani is a controversial musician for many reasons but there’s no denying that he understands the pop genre down to the last beat. His band (at least one of them) Gesu no Kiwami Otome is known for their upbeat songs and piano riffs but “Sad But Sweet,” released as part of the band’s 2018 album Suki nara Towanai, is refreshingly slow. Take away Kawatani’s unique rapping and you’ve got a chilled-out piano cover of “Plastic Love.”

Zutomayo is a relatively new band characterized by their stylized animation MVs and their fast-paced songs. They released their second album in February of this year, which included their hit “Obenkyou Shitoiteyo” Hearing the similarities between “Obenkyou” and Takeuchi’s ’80s single is tough but I encourage you to give it a few listens.

I obviously wouldn’t leave you stranded. Here is a Spotify playlist with even more “Plastic Love”-inspired bops, including some remixes and covers.