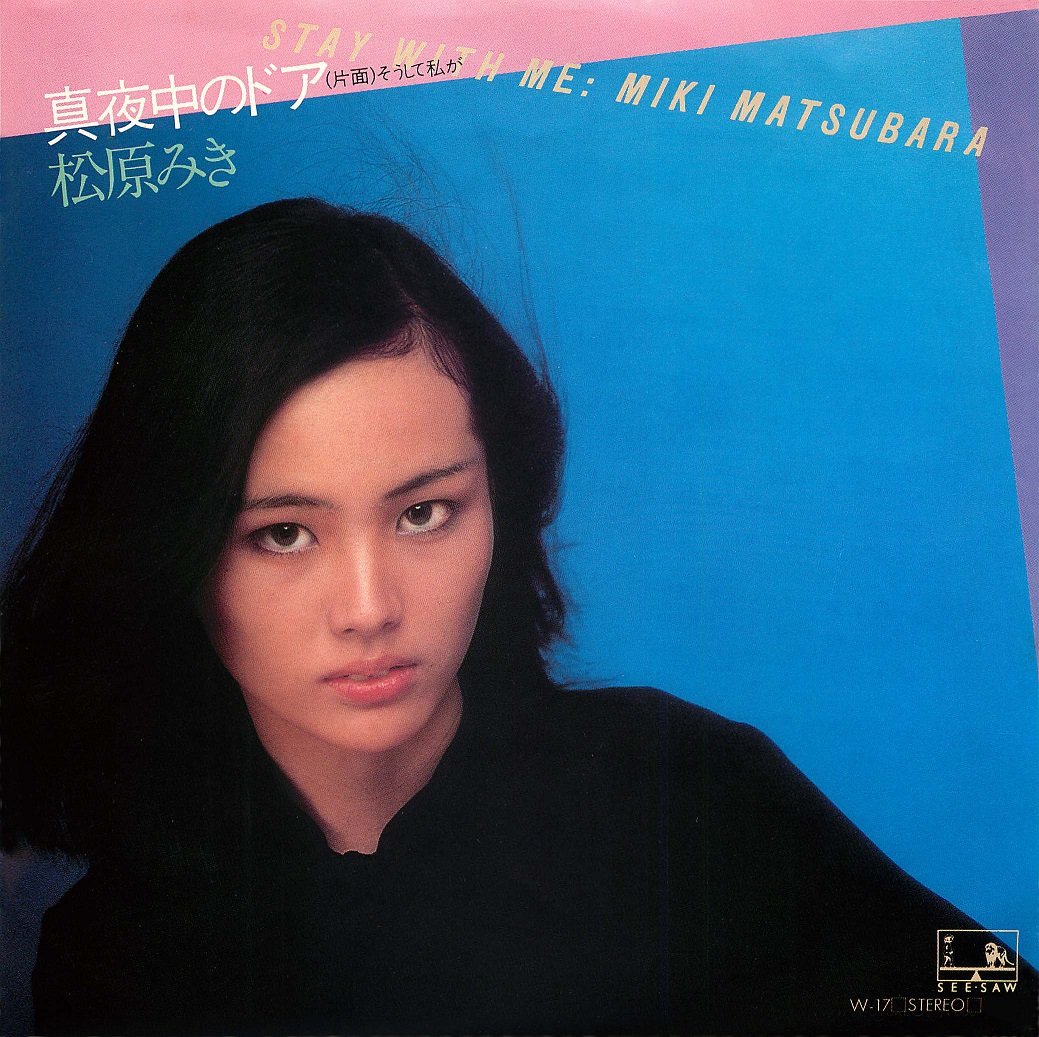 A domestic hit in the late ’70s that has become an international one four decades later, “Mayonaka no Door: Stay with Me” by the late singer Miki Matsubara is now being re-released on vinyl. It gives fans around the globe a chance to grab a physical copy of a song that has unexpectedly taken the world by storm in recent months due to media platforms such as TikTok and YouTube.

What is “Mayonaka no Door: Stay with Me?”

First released in 1979, it was the debut track of the then 19-year-old Matsubara who had left her home in Osaka two years earlier to try and make it as a singer in Tokyo. Discovered by pianist Yuzuru Sera while performing at live houses, she would go on to have a stellar career thanks to singles such as “Neat na gogo san-ji” and “The Winner,” though it was “Mayonaka no Door” for which she was most well-known.

Written by famed composers Tetsuji Hayashi and Tokuko Miura, it is lyrically quite a sad song about lost love, yet the upbeat sound, catchy chorus and Matsubara’s soothing vocals gives the track a warm and cheerful feeling. According to Canyon Records, it sold over 300,000 copies and was later covered by several artists including Akina Nakamori, one of the best-selling Japanese singers of all time.

A New Audience for Miki Matsubara

More than 40 years after its release, new covers of “Mayonaka no Door” are emerging. Last year Indonesian singer Rainych Ran, who has more than 1.5 million followers on YouTube, sang the song in flawless Japanese on her channel despite barely speaking the language. Her version of the song came a few months after Pony Canyon made the original available on subscription streaming services along with other Matsubara tracks.

It was a wise decision. As well as garnering millions of views on YouTube and achieving chart success on Apple Music and Spotify, it also became a TikTok sensation, often played alongside anime videos or people dancing. Last December a new trend emerged with people of Japanese descent playing the song for their mothers who would light up upon hearing it and start singing along.

Uniting different generations, the single topped the Spotify Global Viral chart for 20 consecutive days and was number one on Apple Music’s J-Pop rankings in 84 countries and regions. Rather than just listening to it online, many fans wanted to get hold of the original, so Pony Canyon decided to make it happen, releasing a 7-inch vinyl which includes the B-side “Soushite Watashi ga.” They have also re-released Matsubara’s debut album on vinyl.

Titled Pocket Park, it first came out on February 5, 1981, and led to Matsubara winning several Best Newcomer awards. She would go on to make another nine original albums as well as a covers record and many compilations. In her 30s, Matsubara composed songs for singers such as Hitomi Mieno and Mariko Kouda in addition to making music for commercials and working on anime soundtracks such as Gundam.

Towards the end of 2000, the talented singer sent an email to friends and members of her group stating that she was unable to continue with her music career and that she would no longer be reachable either by phone or mail. She completely disappeared from public eye and then came the news in 2001 that she had late-stage uterine cervix cancer. Told by doctors she only had three months to live, she continued battling with the illness for three years, passing away on October 7, 2004. She was just 44.

Though taken far too soon, Matsubara’s music continues to live on and is now reaching young fans around the globe. Along with the likes of Mariya Takeuchi and Tatsuro Yamashita, she is one of several musicians from the so-called “city pop” era to have attracted new listeners both domestically and internationally in the past decade. A loose category of music drawing inspiration from American soft rock, boogie and funk, it was considered cheesy by the end of the 1980s but has seen a resurgence in recent years mainly as a result of YouTube’s recommendation algorithm. The question now, is what city pop song will be next to experience a revival?