Is the Clock Ticking on TikTok in Japan?

If it’s true that when America sneezes, the rest of the world catches a cold, the over 10 million TikTok users in Japan could be in for a rude awakening as US lawmakers decide whether or not to ban the popular video-sharing app this fall.

Owned by Beijing-based technology company ByteDance, TikTok is one of the fastest growing social media platforms in the world and was Japan’s fifth most-downloaded app this summer. Since President Donald Trump announced his intention to ban TikTok over user data concerns in late July, the Japanese government has been quick to follow suit by considering its own patchwork of restrictions on China-developed apps, calling into question the future of TikTok in Japan.

Meanwhile, TikTok creators have scrambled to make sense of the latest internet debacle. In particular, users with a largely American fanbase are confronting what they consider to be a serious threat to their livelihood as Japan-based content creators.

‘TikTok was my key’

Stanley Fukase is a fourth-year student at Waseda University who has amassed nearly half a million followers on TikTok since May. Known on the platform as ‘worldofxtra’ (a reference to his drag moniker Xtra), Fukase has been making videos on YouTube since he was 12 years old, but it was his bite-sized comedy skits on TikTok that propelled him to fame earlier this year. “TikTok was my key,” Fukase tells Tokyo Weekender over a Zoom call, adding, “If I lose this, I feel like I would have to start from zero again on other platforms.”

Over 30 percent of Fukase’s followers live in America, where the decision to restrict new downloads of the fast-growing app hangs by a thread. Finding the right audience wasn’t always easy for the Tokyo-based drag queen, however. “When I started, Japanese people loved following me. But because I’m kind of different—I’m a bold, loud, proud, gay Asian who’s a drag queen here in Japan—not a lot of Japanese people took my TikToks the right way.”

In addition to connecting with LGBTQ youth outside of Japan, Fukase sees the platform as an integral pathway to his entertainment career goals, which include an appearance on the hit reality TV series “RuPaul’s Drag Race.” When it comes to privacy on the app, Fukase says that security is not a real concern for him, recalling a 2018 tech scandal in which hackers leaked the personal information of 50 million Facebook users. “Why are people still using Facebook?” Fukase asks rhetorically, raising questions over the legitimacy of TikTok’s security threat, a hotly debated topic among experts and politicians alike.

‘You can actually be discovered’

Due to TikTok’s democratized algorithm, in which a person’s follower count does not directly affect their visibility on the platform, users are able to “break through the noise,” as Dayot puts it, at a rate unseen in other social media spaces. “What I can appreciate from TikTok is giving me the exposure,” says the Toronto native, whose lighthearted sketches about life in Japan have earned him over 245,000 followers on TikTok. “The entire concept of making content easily and being discovered is incredibly important for new content creators getting into the game, and I think that’s why people care about this app so much.”

For Dayot, however, security remains top of mind. “The privacy concerns do put you on edge. If you’re trying to be a content creator, that’s the most important thing you need to protect,” he says, adding that he has felt weary of using the app at times due to concerns over his personal data.

Too soon to say goodbye

Following Trump’s announcement in July, Akira Amari of Japan’s ruling Liberal Democratic Party stated that Japanese companies should assume that partnerships with Chinese firms could lead to data being leaked. A TikTok Japan spokesperson emphasized the company’s commitment to user security in an email to Tokyo Weekender, stating, “Personal information on TikTok is stored on servers in Singapore and the United States, and is subject to local laws, so we have never asked for, and will never give, any information to China.”

On Monday, the fate of the TikTok reached yet another standstill when a US judge temporarily blocked the Trump administration’s order banning TikTok from Apple and Google app stores.

“If TikTok were to go down in Japan, something else would just pop up,” Dayot says. “The important thing as a content creator is not to rely on a single platform for your livelihood. That’s not smart. You have to be able to diversify.” 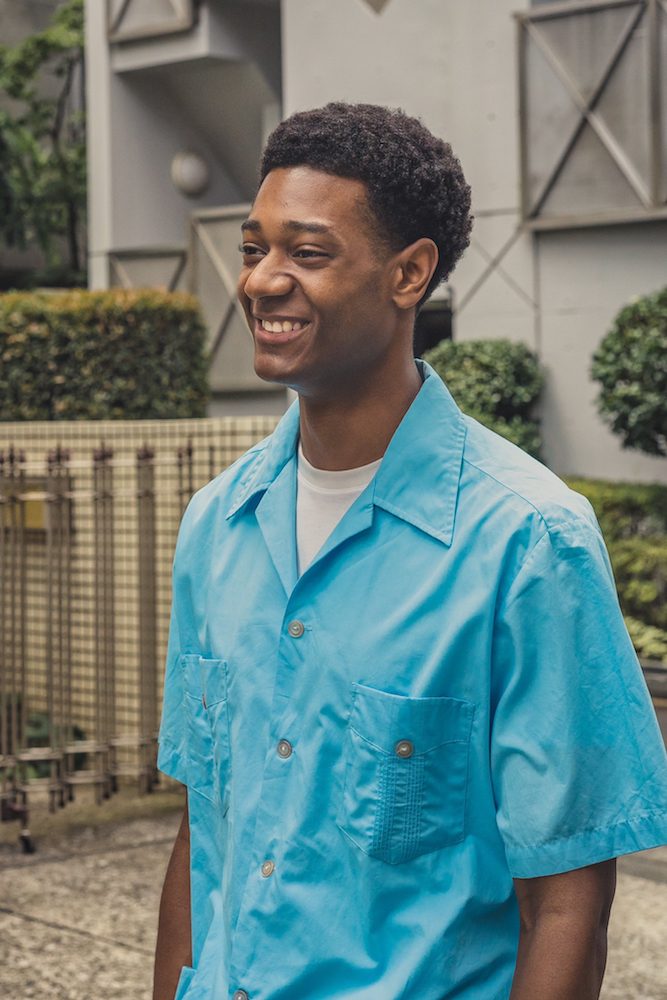 Patrick Smith, a Tokyo-based TikToker whose videos about being Black in Japan went viral early this year, echoes Dayot’s optimism. Since hearing of a potential ban in the US, Smith has actively promoted his other platforms, like YouTube and Instagram, on his TikTok page. At the end of the day, he remains hopeful that the app’s contagious memes and catchy dance moves are here to stay.

“If [TikTok] is a huge security issue, then I could see Japan getting rid of the app, too. I just don’t see that happening in the US, therefore, I can’t really see it being a thing here in Japan either,” Smith says.