Summer Reading: 7 Travel-Inspired Japanese Novels to Get Your Wandering Fix

Thanks to the coronavirus pandemic, summer 2020 is all about staying in, which means it's a good time to catch up on reading

Summer might just be the best season to travel across Japan, from the lavender fields in Hokkaido to the beaches of Okinawa. For now, however, we must do with staying in and soothing our wandering itch with the next best thing: books.  If you’ve already sat through these Japanese travel-inspired films, here are seven novels to keep discovering Japan at home.

1. Kafka on the Shore (Translated by Philip Gabriel)

One of Haruki Murakami’s most popular titles abroad. Kafka on the Shore is the story of Kafka Tamura, who escapes his family home in search of this missing mother and sister, and Satoru Nakata, a man who can seemingly communicate with cats. (Yes, this is another novel where cats are important characters.) If you haven’t had a chance to read any of Murakami’s works yet, this one is a good introduction to his signature magic realism genre and ever-so-slightly strange imagery. Traveling doesn’t have to be taken too seriously, but should definitely still leave you with a feeling of gratefulness. The Traveling Cat Chronicles was the TW Book Club’s inaugural read and remains one of our summer favorites. This adorable tale follows the story of Nana the cat who embarks on a road trip with Satoru to discover the Japanese countryside. All-in-all, a must-read for those with furry companions and with a soft spot for rural Japan. 3. A Tale for the Time Being

If you love parallel storylines, this read is for you. When Ruth finds a Hello Kitty lunchbox full of artefacts, she is pulled into the life of Nana and her great-grandmother, a centenarian Buddhist nun. Ozeki’s writing is humorous and blurs the lines between past and present, fact and fiction, creating this page-turning story that you will not be able to put down. For those who might not enjoy dipping both feet into pure fiction but wouldn’t mind testing the waters, A Tale for the Time Being is just the perfect in-between. Shifting to more traditional travel books is The Roads to Sata. Traverse Japan with Alan Booth as he distances himself from the comfort of the city by diving deep into the Japanese countryside and the strange, yet fascinating characters he encounters along the way. This book is not so much about the scenery (though there is a fair amount of that too) as is it about the people of Japan told through the eyes of a long-term but always foreign resident.

Hokkaido Highway Blues is the perfect example that it’s, as a matter of fact, not about the destination, but how one gets there. The humorous travelogue will keep you up until late at night. The book isn’t only funny, it’s incredibly insightful and just a tad melancholic. Travel from one end of Japan to the other and see how this journey changed writer Will Ferguson’s opinion on the country and culture — in a good way. This read is especially enlightening to those who’ve been in Japan for a long time and fell out of love in the past few weeks, months or years. This biographical novel tells the story of Ian Buruma, who arrived in the Japanese capital back in 1975. At the time, his idea of Japan was a vague and mystical one, presented to him by a series of theater performances he saw in Europe. What he found in Tokyo was, in fact, much more intense. It can be hard to explain to families and friends what there is to love about Tokyo, but Buruma’s collection of experiences reveals the deeply personal relationship; a love letter to the city that liberated his spirit.

Lost Japan offers a nostalgic view of Japanese culture, making this a perfect fit for lovers of 20th-century Japan. Originally written in Japanese by Alex Kerr and published in the 1990s, the book is a collection of experiences pulled from the author’s own life in the country, spanning more than 30 years. Kerr shows gratitude and love, but also a great deal of sadness towards a Japan that is long-gone. 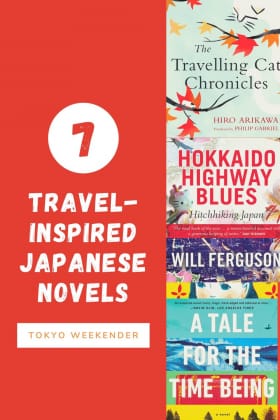