Commemorative fireworks and a light-up ceremony of the Olympics symbol at the artificial island of Odaiba started the six-month countdown to the Tokyo 2020 Olympics and Paralympics Games. A total of 600 shots of fireworks were launched in the air over the massive five-ring statue erected in front of the solar energy-powered Rainbow Bridge this past Friday.

The fireworks at Odaiba also signal the cancelation and rescheduling of about 70 other firework events and summers festivals, and still counting, due to the overlap with the Olympics. Major security measures will be put into place to make sure that the games run smoothly, meaning that police and security guards cannot be dispatched to other events that also require their services. 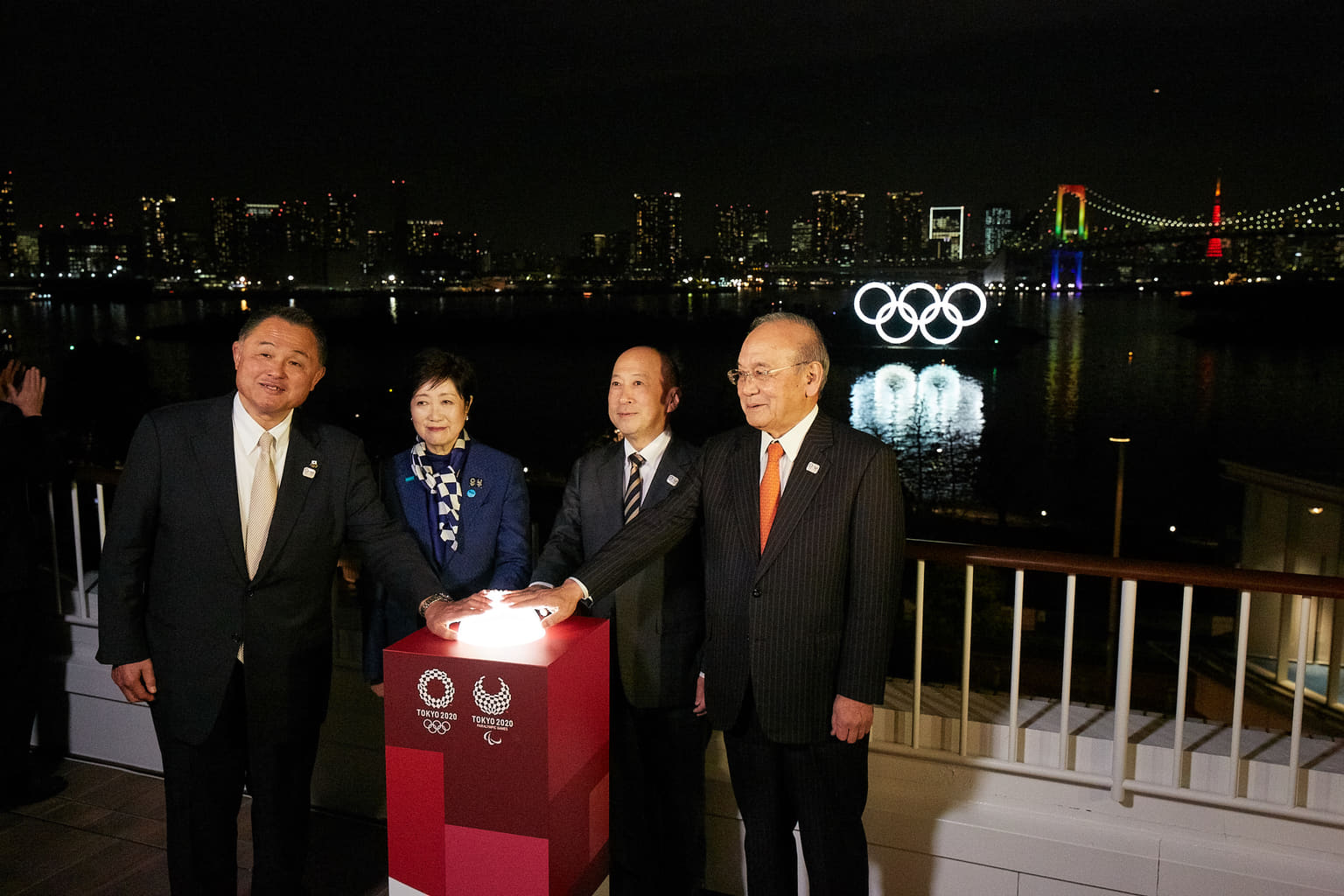 Among those who went to Odaiba to see the show, were those who peacefully protested against the games. The protesters themselves were not many in numbers, but did carry megaphones through which they voiced their opinion during and after the fireworks display, while one of them beat drums to gain the attention of passer-by.

Despite organizers’ efforts to reduce the environmental impact of the Olympics, the protests seemed to be based on environmental concerns, with banners reading “The Olympics kill the planet.”

Some of the goals of the organizing committee include zero-waste through better resource management, and lowering harmful impact on the environment through energy savings. Initiatives reflecting on the committee’s pledge include using recycled materials for the thousands of medals to be handed out during the Olympic games.

More recently, it was announced that the beds on which the athletes will be sleeping on, will be made of 100% cardboard which will be recycled after the games are over. The mattresses will also be recycled into reusable plastic.

“With the Olympic year finally here, everything is coming together,” said Tokyo 2020 spokesperson Masa Takaya in a released statement. “We’ve spent the last seven years working toward this, and now with just six months to go we’re excited to see the pieces falling into place. From venues to volunteers to ticketing, preparations are exactly where we want them to be at the six-month mark.” A total of 43 venues—eight new permanent venues, 25 existing sites and 10 temporary venues—will be used at the Tokyo 2020 Olympic Games. All but one of the new permanent venues are complete and the overall preparation of all venues is progressing on schedule.

Last month, the new Olympic Stadium was officially opened to the public and on New Year’s Day hosted its first official sporting competition. The Tokyo Aquatics Centre, which is still under construction, is expected to be complete in February.

The residential buildings of the Athletes’ Village were completed in December 2019, and the Village Plaza is being constructed ompletely from timber donated from 63 local municipalities in all 47 prefectures. After the Games have ended, the Plaza will be dismantled and the timber returned to the donor municipalities to be reused in local projects, connecting communities throughout Japan to the legacy of the Tokyo Games. In Japan, over 8.2 million people have registered for a Tokyo 2020 ID to participate in the ticket lottery. So far a total of 4.48 million tickets had been purchase by the general public in Japan. Last year, a record of 3.1 million tickets were requested during the first ticket lottery for the Paralympic Games.

As Japan makes preparations to welcome and awe the estimated 600,000 overseas visitors in addition to the hundreds of millions of worldwide spectators watching from home, more information about the operations is expected to be made public within the following months.