Complete Guide to Drafting a Last Will in Japan 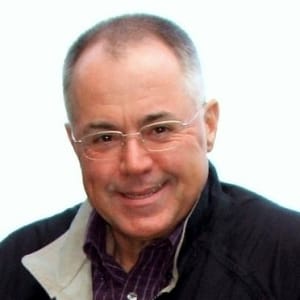 While not topics we like to discuss, nothing is more certain than death and taxes. The finalities of life in Japan are well-covered in Wilhelmina Penn’s book, The Expat’s Guide to Growing Old in Japan, but we decided to talk to a Japanese lawyer to understand how to draft a will in Japan.

When my wife and I decided to have our Japan wills written we visited the office of Yuki Ichikawa of the law firm, Hamayotsu & Hamayotsu. Ichikawa is fluent in English and is admitted to the bar in Japan and New York.

We already have wills in the US, but I wanted to know if a will in one’s home country will suffice, or should foreigners living abroad have a Japanese will too.

On the other side of the coin, if you only have a Japanese will the laws of your home country may not recognize its contents.

As to cost, expect to pay the lawyer between ¥100,000 to ¥200,000 to confer with you and your spouse to ensure that the will is drafted according to your specifications.

In addition to the lawyer’s fee, you will also have to pay a notary who notarizes your will and files it into the nationwide system that can be accessed by any notary or lawyer.

You will be given two copies of the will, your lawyer will keep one, and the one filed by the notary, in Japanese, is the copy that will be used by the family court at the time of death. We were provided with an English version of the will for reference purposes, but the official will is the Japanese version.

So long as you have a will made in your home country, I do not see any merit to making your will in Japan.

The notary’s fee varies according to the value of your total assets in Japan, including property value, stocks, bank accounts and other tangible assets. For the property you’ll need to provide a copy of your real estate tax bill. For stock or cash amounts you can just tell the notary the amount, no proof required. The notary’s fee ranges from ¥5,000 for bequeathed assets of less than one million yen and goes up in increments from there.

We asked Ichikawa about the situation if one has no assets in Japan. His reply, “So long as you have a will made in your home country, I do not see any merit to making your will in Japan.”

The lawyer can act as the executor of your will, if you wish, or that duty can be assigned to anyone you name in the will.

If you’re ready to draw up your will and you have all documentation needed, send it to your lawyer or the notary. When the documents are prepared you and your spouse will need to take proof of identification and your registered seal (hanko) with you, plus cash to pay the notary.

You can write your own will, known as a holographic will, but bear in mind that there are certain rules for doing so. First, you must handwrite your holographic will in Japanese, stamp your hanko on it and the envelope, and make sure it is in a place where your survivors can easily find it. Read more about that in Penn’s book.

Thinking about death, taxes and wills is never fun, but neither is the potential nightmare you will leave for your family if you die intestate.