So you love art, but you love your very young children just as much. Sure, you know they’d adore you if you took them to Disneyland, but it’s so typical and kitsch and anyways you did that last year. You’ve heard a lot about Japan’s post-industrial repurposed art islands of Naoshima, Teshima and Inujima, and you’ve probably seen pictures of one of Yayoi Kusama’s polka-dot pumpkins outlined against a maritime horizon. But will your four-year-old muster the necessary etiquette to appreciate a James Turrell installation space or will he humiliate you with tearful, screaming meltdowns, forcing you to scurry towards the museum café for blackmailed ice cream sundaes? Is it worth it to even consider such an endeavor or better to just dust off your Mickey Mouse caps and queue for teacup rides?

Well every kid is unique, as are family outing predilections, but my partner and I had a terrific time with our (yes, four-year-old) son on Naoshima and its neighboring islands. It’s not like visiting the Louvre with its endless galleries of centuries-old paintings. Nearly all the artwork on the islands is contemporary and location specific, so it is experienced as much as it is viewed. And because it is spread out over three islands, there are plenty of boat rides – and kids love boats! Sure, your child will throw a tantrum at some point, but he’ll do that at Disneyland too. At least after visiting the islands he’ll have his impressionable world view expanded for the better. 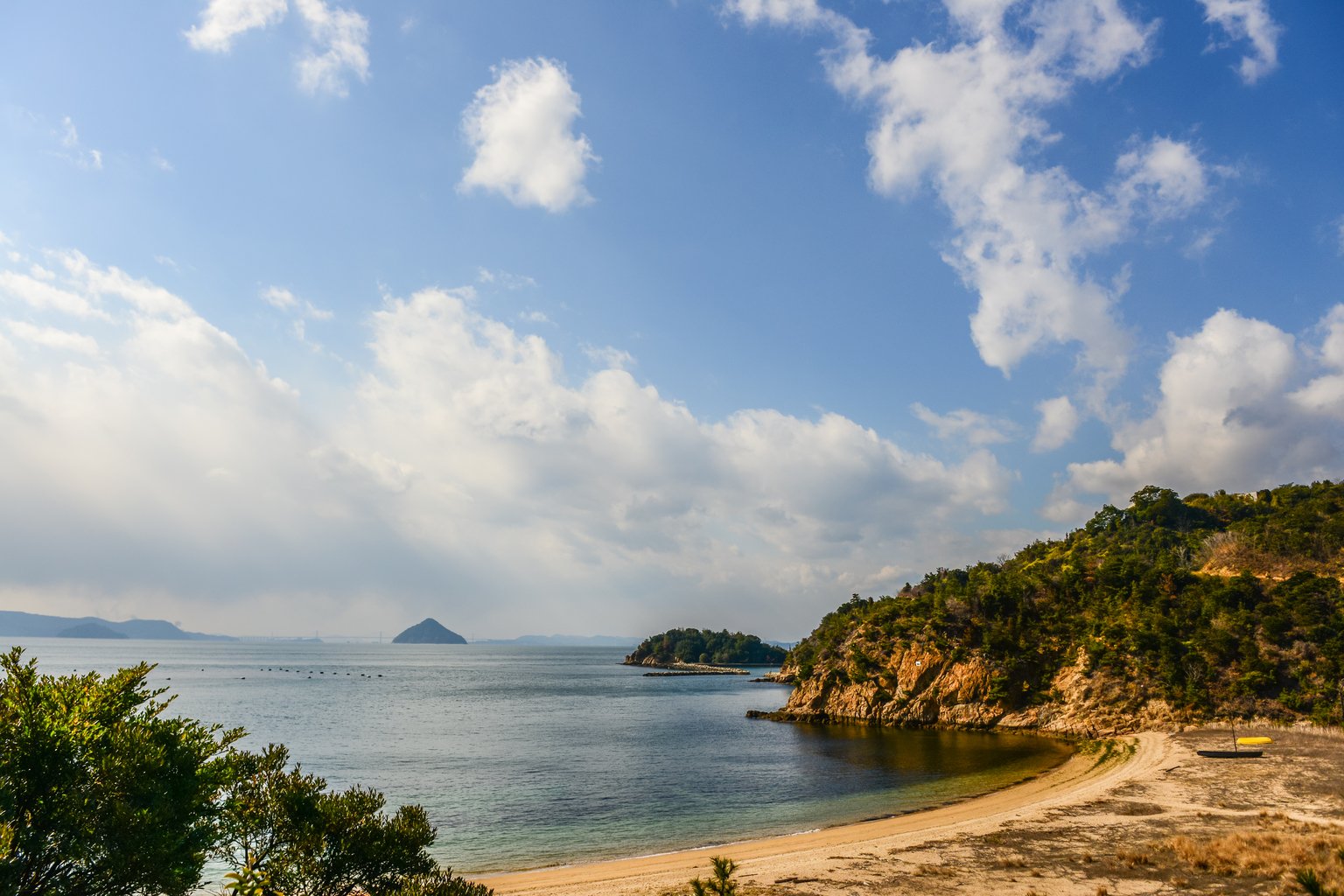 The Islands in Context

They were all in post-industrial decline, suffering economic and population loss until the mid-1980s when Benesse, one of Japan’s largest textbook publishing corporations, began collaborating with Naoshima’s local government in transitioning the island into an art resort. A critical early development in the project was hiring modernist architect Tadao Ando to design the museums, first the Benesse Museum and Hotel, and later the Chichu Museum, which is like an underground concrete bunker at the top of the island, designed so as not to affect the beautiful natural scenery and housing a strange room of Monets, two Turrells and a Walter de Maria space. Later, Naoshima developed the Art House Project in which certain old village buildings were either rebuilt or reconfigured into installations. Soon after, Teshima, site of a scandalous toxic waste dump, and Inujima, site of an abandoned copper refinery, were similarly rehabbed into island-wide art spaces that blend beautifully not only with archipelago landscapes but also the traditional village neighborhoods of the mostly elderly people who still reside there.

A few things you might want to consider if you do take your kids along: The islands remain relatively undeveloped, especially Teshima and Inujima, which don’t have much in the way of accommodations or dining or even convenience stores. But on the plus side they’re small, accessible, easy to navigate and there’s just enough bus scheduling so that you don’t need motorized transport. Bicycles are the most popular way of getting around but no one yet rents bicycles with child seats. Walking between exhibitions was no trouble. In terms of the best season to visit, I recommend winter, the low season, not only because being outdoors will be more pleasant than during humid summer but also because you could end up having entire island-based installations to yourself and the intimacy of the artwork will feel more poignant. What Not to Miss

While Naoshima deservedly receives much of the attention, tourism and press, Teshima has some of the most remarkable installations in the region. The Teshima Art Museum has just one artwork, but what a piece: A white concrete shell with two oval-shaped gaps – water slowly filters out of the ground, droplets bubbling, gaining girth, and running down the slight slope to form new shapes of water. Photography, shoes and talking are forbidden. As you slowly cross through the installation, you can view the intersection of concrete, sky, trees, water and artwork converging in different perspectives.

The museum is located on a secluded spot high on the island and has an aura of sanctity. Also intriguing is a psychedelic installation house designed by Yokoo Tadanori, and Les Archives du Couer by Christian Boltanski. In Boltanksi’s “Archives of the Heart” one enters a narrow dark room where different recorded heartbeats thump to a heavy bass woofer timed with a flickering light bulb. It was a bit too terrifying for my son, but I lingered alone, where I was reminded of a human’s birth, the mother’s heartbeat, the hospital lights twinkling at life beyond the womb. You can record your heartbeat for the piece and even listen to others on the computer database (while reading people’s messages to their hearts – a very intimate experience). For the first three nights, we based ourselves on Shodoshima, a nearby island with more infrastructure (which also means more boat rides). We rented a car to explore the island, which was quite kid-friendly with its monkey refuge, olive garden with faux-Grecian ruins (and olive-flavored chocolate), and its very own movie village left over from the set of Nijushi no Hitomi (Twenty-Four Eyes), an anti-war film made in the 1950s and remade in the 1980s. I must admit, my son probably enjoyed our time on Shodoshima the most.

He was less amenable during a visit to Naoshima’s Chichu Art Museum. Only when we convinced him that the James Turrell “Open Sky” installation, with its shifting color spectrum, is a place where dragons play did his mood begin to lift. By the time we spun the story of how dragons are born inside the gleaming silver ball that forms part of Walter De Maria’s surreal Kubrick-esque “Time/Timeless/No Time,” he was in awe. My son observed the space in reverent silence, his imagination piqued, emotions moved. He still talks about that dragon’s birth room. 10% OFF Round Trip Tickets between Osaka and Naoshima
For an extra 5% off use our coupon code TOKYOWEEKENDER during check-out.