Along with the rising temperatures, the lush greenery, and the salarymen being able to take off their neckties, summer in Japan also means that it’s time for some music festivals. But which one is right for you: Are you the Fuji Rock type, or is The Labyrinth more up your alley? We’re here to help you decide. Read on…

By Vivian Morelli and Christopher O’Keeffe Pack your tent, hiking boots and mosquito repellent, summer’s best camping trip, also known as Fuji Rock festival, is back again. It will probably rain, so be prepared. No matter what kind of weather is in store or which acts are in the lineup, it’s always a magical weekend. If you don’t fancy this year’s main acts, you will probably find something of your liking on one of the smaller stages.

The Crowd: Hardcore music fans who don’t mind getting muddy Summer Sonic is our favorite urban festival: comfortable enough, and there’s always a handful of interesting acts amidst the lineup randomness. As usual, the festival will present an eclectic lineup, usually about 120 acts gathered together at mammoth venue Makuhari Messe.

Be prepared to walk quite far or hop on the provided shuttle bus to catch the headliners in the baseball stadium. Summer Sonic is definitely not the tent-and-rucksack type of event, but you can make a whole weekend of it thanks to its proximity to Tokyo.

The Style: All the 2015 trends will be on display, along with a few camping gear-clad lost souls.

The Crowd: As eclectic as the lineup 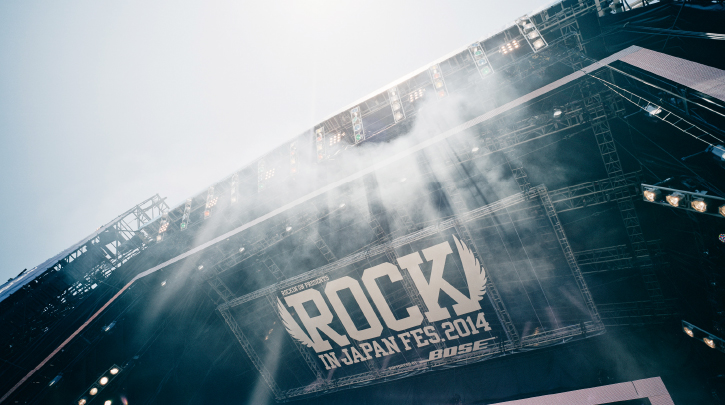 Organized by one of Japan’s most popular music magazines, Rockin’ On, this Ibaraki-set festival’s stand-out feature is the fact it’s set across two consecutive weekends, giving Japan’s notoriously obsessive fans a double dose of their favorite artists. Featuring many of this year’s festival regulars, including Kyari Pamyu Pamyu, the telephones and The Bawdies, Rock in Japan is the place to be to keep your finger on the pulse of Japan’s music scene.

The Style: Kyari Pamyu Pamyu’s going to be there so anything you find in a bin after a night out in Harajuku should be just fine.

The Crowd: Your (slightly) more discerning pop and rock fan.

This one’s for the hardcore techno-heads out there: Labyrinth is one of the most respected festivals in the world for those in the know. Held up in the scenic surroundings of mountainous Niigata, Labyrinth aims for a perfect dance experience booking only the best DJs to spin on its superior Funktion One sound system. If you’re into your dance and techno and looking for a transcendent festival experience, Labyrinth’s for you.

The Style: Dance pilgrims transplanted from the clubs of Tokyo to a teepee in the mountains.

The Lineup: So cool, they haven’t yet decided Hailing from Miami, this mammoth electronic music bash is touring the world, hitting Buenos Aires, Ibiza, Seoul, and Tokyo, among cities. Last year was a huge success, and tickets were sold out in seconds. This year, the pre-sale tickets are already sold out but it’s not too late to get your hands on some regular ones.

The three-day extravaganza is set in Odaiba, so you can head home every night without too much trouble, and its late September date is a nice break from all the heat and humidity.

The Style: Edgy. Leave your lace and frills at home.

The Crowd: The partying kind 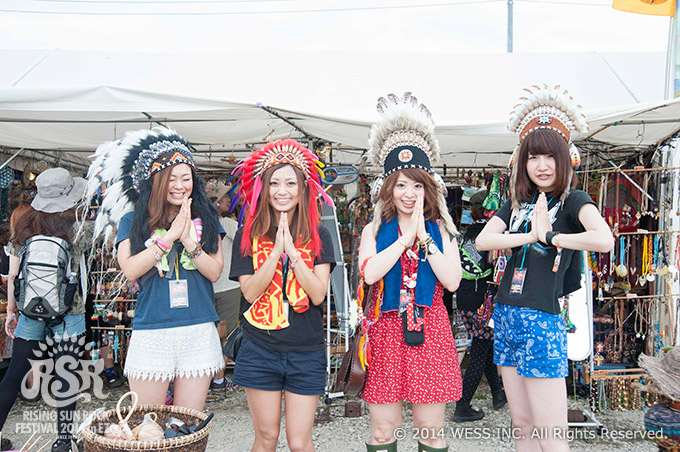 Featuring many of the Japanese pop and rock bands from other festivals, this one’s for those looking to get out of the city for a weekend of camping and rocking out up in Hokkaido. Wolf-head wearing alternative popsters Man with a Mission will be present while the likes of a flood of circle, Kana-boon and rock veterans The Cro-Magnons bring the noise. There’s no early closing at this festival, the bands play until the early hours so you can catch the sun rising over the sounds of your new favorite band.

The Style: Headdresses if your feeling adventurous, camping gear if you’re not.

The Crowd: A mix of typical J-pop and rock fans and families but with the music playing until the early hours there should be a bit of a party element in the mix.

The Lineup: a flood of circle, Man with a Mission, Scoobie Do, The Cro-Magnons, Earth Celebration (EC) is an annual summer festival presented by the taiko performing arts ensemble Kodo in tandem with the people of Sado Island. Since its first time ’round in 1988, EC has brought various artists from around the world to Sado and continues to send a message of “celebrating of the Earth” across the globe.

If you’re looking to escape Tokyo for a few days and visit one of Japan’s most fascinating islands, this festival is the ideal way to do so. In addition to the music, you can explore the island, learn about its history, and participate in workshops and seminars.