Sculptor Junko Mori’s work seems to defy description: the artist transmutes metal into figures that seem like they could breathe, grow, or move on their own. We find out more about the person and the process that brings these shapes to life.

When you look at one of Junko Mori’s sculptures, you are looking at a truly unique piece of art. While its form is organic, its medium demonstrates a tremendous commitment to detail. Her work can consist of as many as thousands of tiny parts that have been hammered and welded together. On closer inspection, you can tell that these works are made from inorganic materials, but you still wouldn’t be surprised if one of these pieces started moving. We wanted to find out more about the story behind these pieces, and the woman who created them, and spoke with Mori at a London café. She lives in Wales, but grew up in the suburbs of Yokohama and went to Musashino Art University in Tokyo.

“When I play with materials, I am often surprised by the physical, tangible magic that happens unintentionally. This unpredictable beauty is almost like a gift from nature rather than me. I am like a farmer who saw a seed, watered it, and harvested it.”

After moving to the UK she studied Silversmithing and Metalwork at Camberwell College of Arts in London and then lived in Manchester for several years. She has been regularly exhibiting for over ten years in galleries and museums, including The Saatchi Gallery, V & A Museum, and the International Art + Design Fair in New York. For a number of years she has been represented by Adrian Sassoon.

At the time when she graduated from Musashino she was not quite sure what exactly she wanted to do; as she explains it, “I knew what I was doing was something unique, but I could not see—well, quite frankly—how to eat with what I was doing!” This led her to research international artists and through her professor from Musashino she was introduced to Hiroshi Suzuki who had been studying at Camberwell. After making a visit to London and seeing Suzuki at the New Designers Show, she was so impressed by what she saw that she decided to apply to study at Camberwell. She saved money by working at a fabricators and was able to gain a conditional offer to study in London.

It was here that she developed her style of making her art by welding together tiny pieces of metal, but her philosophy behind her work goes much farther back. She says that when she was a child she was fascinated by tiny details and her favorite thing at school was a microscope. This desire to look deeply into the patterns of nature continued into university, where she came to an aesthetic realization that linked the microscopic and macroscopic worlds: “When I was researching some visual images in university, I noticed that patterns on Mars and those in the human blood vein structure were very similar, and I got this infinite impression of ‘repeat-ness’ in nature.” She feels a deep spiritual sensation from the repetitive process of making something and describes how she found making many components and welding to be “very meditative.” 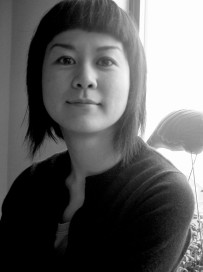 Although I can’t help commenting on the organic nature of her work, and dare I say make a connection to evolution, she prefers to think about her hope to as a way to “present something the audience has never seen before, but [in a] slightly familiar [way], which stimulates their associations with their stored memories.” Our conversation strays into the area of the strong connection between Japanese people and the seasons, which she describes as being very dramatic in Japan: “Cherry blossoming spring, stinky hot summer, colorful harvesting autumn, and freezing snowing winter.” This flow of the seasons is no complicated thing, but as Mori explains, simplicity can be harder than it sounds: “keeping the action simple is actually quite a difficult task in the art process, but I believe my work is based on this philosophy—to notice simple things [that] most of us take for granted.’

The other aspect of her work is its sheer attractiveness—it should come as no surprise that her work has found its way to the front cover of many a magazine. When I ask about her concept of beauty, I am surprised to find out how much the element of surprise can play in her intricately detailed pieces. “I am always fascinated with the handmade quality in objects. When I play with materials, I am often surprised by the physical, tangible magic that happens unintentionally. This unpredictable beauty is almost like a gift from nature rather than me. I am like a farmer who saw a seed, watered it, and harvested it.”

As we wrap up the interview she explains how in 2006 she had an opportunity to have a residency at the Welbeck Estates in Nottinghamshire to research the Portland family’s house and their collection. She goes on to say “then last year the Duke of Devonshire kindly invited us to research his home and I created my first chandelier inspired by the books in his library. I am still digesting some ideas I got from those times since I am really fascinated with old fashion techniques. I am doing an internship this year with an established silversmith in London, and I am hugely excited about this. One day, I would love to have a whole year to research crafts in Japan and develop my work further.” Despite her frequent exhibitions in the UK, the US, and around European cities, she has not yet exhibited in her home country, and hopefully one day Japanese audiences will be able to see the striking work of this artist first hand. Studied at the Musashino Art University, Tokyo and Camberwell College of Arts, London

Has exhibited across the UK, Europe, and the US, and is now represented by Adrian Sassoon, one of the world’s top dealers in the decorative arts

In 2013 her work was featured on the front page of the most well-known crafts magazine in the UK: CRAFTS by the UK Crafts Council