Finally clear of the 17 years of record-company red tape that stopped him from recording, former Sex Pistol John Lydon brought his newly reformed Public Image Ltd. back to Tokyo for its first concert of new material in nearly two decades (and for an interview with Tokyo Weekender…) Synchronicity would also have it that it was the 30th anniversary of this band’s first show in this town, their first performance having been immortalized on the legendary “Live in Tokyo” album. It would have been reasonable to expect a world-weary band of musicians bashing out a series of greatest hits as a surefire bid for a successful comeback, but nothing could have been further from the truth, much to the relief of diehard PiL fans at Shibuya AX.

Opening with a number like “Four Enclosed Walls” (from the 1981 album “The Flowers of Romance”) would have been a daring feat for any other band, considering that the album from which it came was arguably the band’s most controversial. However, since Japan was the first country to embrace that album, the choice made perfect sense, and the crowd reacted immediately. Following up an obscure track with brand new material (“Albatross” from their new album “This is PiL”) further deepened the connection between the performers and the fans; the non-verbal exchange of message being akin to telepathic mutual reassurances of solidarity.

Only six songs into the night did PiL reach into their repertoire for a hit, and even then it was embraced as more of a beautiful accident rather than a popular accomplishment. The applause and audience participation only got louder and more enthusiastic as the night drove on, confirming that this band’s arrows were indeed hitting their mark. William Shatner might have been tempted to say that PiL owned this venue like no venue had ever been owned before. 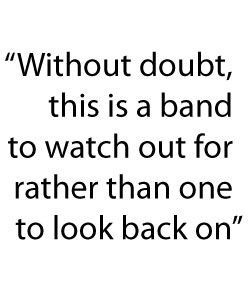 Particularly noteworthy was the fact that all four current members of PiL displayed better chops than those heard on their albums: John Lydon’s voice, rather than having weakened with age, has developed more confidence, more nuances and a broader range and while founding member Jah Wobble’s bass was once called “incredibly deep,” current bassist Scott Firth’s sound can only be described as unfathomably massive.

Drummer Bruce Smith provided legend-worthy foundations and highlights for Firth’s rhythms. Guitarist Lu Edmonds, looking for all the world like an ancient Arabic priest, wove spiritual tapestries of sound around the rhythm section, switching fluidly between his Telecaster, Gibson 335, and even a Mediterranean saz. Scott Firth proved that he too had some rabbits in his hat by multi-tasking on keys and electronic drum pads as well as upright bass.

John Lydon strode the stage in an oversized black and white poncho, red-checked white pants and his trademark spiky hair. Guitarist Lu Edmonds performed in a tastefully faded vintage black suit, bassist Scott Firth wore a black and white vintage PiL T-shirt and orange cargo pants and drummer Bruce Smith sported a charcoal grey sleeveless dress shirt and jeans. Straight from their opening notes, PiL sought out and maintained communication with their audience. Lead singer John Lydon even remarked that he recognized some faces in the first few rows and thanked them for coming out.

Throughout the night he maintained this intimacy by encouraging people to clap along to the beat and to sing backing vocals, working certain lines in a call-and-answer fashion. During the outro for their 1986 hit “Rise,” he even held his microphone stand out into the audience so his fans could sing in his stead.

Humor was a refreshing addition to an intense performance as well. At one point, Mr. Lydon said that his voice was going but, “Not to worry, brandy will fix me”, after which he took a swig. Later, after receiving a particularly intense bout of applause, he quipped, “Ah, it’s nice to have fans!” and the audience laughed.

Choosing “Out of the Woods,” from their new album, as one of their three encores, was fitting, both for its title and as a strong reassurance to those fans that this is a band committed to progress and self-improvement rather than one resting on its laurels and cashing in on nostalgia.

With their best lineup to date and a skill set that has only grown and improved with time, it’s exhilarating to think of what could happen if Public Image Ltd. could channel all of this greatness into a new single as catchy as the hits of their heyday. Without a doubt, this is a band to watch out for, rather than one to look back on. EMI records would have done well to record this performance for a 30th anniversary live album.