John Lydon (a.k.a. Johnny Rotten) has been one of the most vital figures in the music industry for decades and as the lead singer of the Sex Pistols and Public Image Ltd became the icon he remains today.

Record-company red tape stopped him from releasing new material for 17 years but now, with PiL reunited and a new album receiving critical acclaim, John Lydon and his bandmates are preparing for two Tokyo concerts – at Shibuya AX on April 5 and 6. Tokyo-based Laurier Tiernan reached Mr. Lydon at his home in Los Angeles towards the end of February to get the full story for Tokyo Weekender.

LT: Listening to the new PiL album, ‘This is PiL’, I felt in many ways that, while being very much a 21st century album, that in its arrangements and production, it harkened back to the band’s earliest releases more than albums like ‘9’. Did PiL consciously set out to make this kind of album when you entered the studio, or was it a choice that evolved out of the recording process?

John Lydon: I enjoy every which way I can record a record, but for this we decided, because we’d been touring now for a solid two years, to try to hone the record into as live a feeling as possible.

Most of the tracks were recorded live so there was no need for any mixing desk shenanigans or technical wizardry. It’s basically a live garage setup – except that it’s a live barn. It’s a much better way around things. It reminds me of when I first started. We didn’t have the money to indulge in technical possibilities, so that we would find other ways around it. It is what you would call a monitor mix.

John Lydon: Yes, because it explains my class, my culture, my family, my friends, my upbringing and all of the things that shaped me from a very early age.

Now, because of record company problems, I have not been able to make a record in nearly two decades and so I had to basically start from scratch to get this band together so what I did was I looked back inside myself and I decided to approach the subject of the songs from childhood onwards.

LT: Contrasting with the sense of regionalism, there also are lyrics like “really we are born everywhere” on the new album.

John Lydon: I dealt with birth actually in a PiL song years ago called “Tie Me to the Length of That”, which was about being born, so there was no need to revise that period of my life. But up till now I had never really explored my teen years, my early years, my pre-teen years – until this album. So for me it was a very interesting thing to work on.

LT: Are lyrics like “really we are born everywhere” an attempt to get people to reflect on the fact that humans have more in common than they often think they do?

LT: Which is your favorite track on “This is PiL” and why?

John Lydon: I cannot play just one song; for me it’s an entire experience. I’m like that with every PiL album though, you know.

For me it’s a complete body of work. It’s kind of I suppose somewhat necessary to break these things up into songs, but for me it’s more akin to opera. It’s one continuous piece, with a pause taken to gather my breath and my thoughts, and then into the next segment and that’s how the album unfolds.

LT: While many veteran artists seem to be releasing arguably mediocre material after a hiatus, PiL’s new album seems very fresh, relevant and important. How do you think you and your band manage to accomplish that?

John Lydon: Because we’ve never lost interest in the world, and we’ve never done this just for the money. This is our life story unfolding and as our careers continue, the more pieces of the jigsaw puzzles we will be filling in – until when we decide to finish – will be when you will have the full picture of what is Public Image Limited. It’s a life’s work.

LT: PiL formed it’s own record label, “PIL Official Limited” in order to release “This is PiL”. How did it feel different to record for your own company rather than for a major label?

John Lydon: Remarkably refreshing. The restraints and ridiculous problems put on me by the major record labels over the years have been almost unbearable, and almost at times created such a tension in me that I was thinking of withdrawing from music completely. But I never gave up and I never fell into a depression.

It’s been a survival game, really, and so when it came to putting PiL back together I definitely wanted to work with the people I respected the most, hence Lu and Bruce. [Lu Edmonds, a multi instrumentalist and former guitarist in The Damned, initially performed with PiL from 1986-1988 and drummer Bruce Smith was with the band between 1986 and 1990] 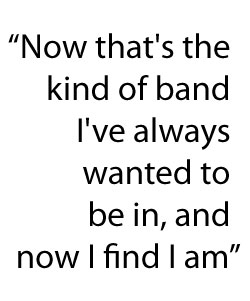 We needed a really good bass player and we found one in Scott (Firth). And the songs pretty much explain themselves I think from there on in.

We had to do a day in the studio, well, the barn, for the press, to let the press know that we were actually capable of playing our own music.

You’d think after all these years people would know, but they don’t. However, while the journalists meandered around in the barn, we were recording that song, and it’s pretty much nearly improvised.

I mean obviously we had a few ideas running around in our heads, but the actually physical playing and singing didn’t take place until that moment we started. And within one take, that was it. Now that’s the kind of band I’ve always wanted to be in, and now I find I am.

LT: On “One Drop” from “This is PiL”, you sing “One Drop, in all of this ocean…” is that a reflection of how it feels for you to be releasing records today compared to when you started your career?

John Lydon: There’s many, many points and purposes going on in that song. That’s just one of the many issues in it … I could open up and explain it, but it would be like War and Peace! You do understand that it’s working on so many levels, but the basic principle of it is to challenge the status quo. To stand up and say, ‘I’ve have enough. I am an individual. I’m neither old, nor young, or left wing or right wing. I am an individual.’

Get rid of the hate and the war and the killing and learn to go with the flow of each other. It’s about mutual respect.

LT: I heard an interview recently where you said that you hoped to live to a hundred years of age so that you could do 50 more years of artistic work. JL: Yes. LT: What are some of the things that you’d like to accomplish in that time?

John Lydon: Well, you never know what will happen. Some of it might be “autistic”. (Laughs). But isn’t that the point of living. You only get one life to live, and so really for me it’s to strive to be the best person I possibly can. And believe me, that takes a lifetime to achieve. But I enjoy every step of it, no matter what the problems.

I mean I’ve had horrendous experiences to have to deal with over the years. (Life is also about) explaining to others how you’re coping with these situations, and hopefully they can learn from that and offer me something (in return).

LT: You first played live in Tokyo in 1983 and I feel that Japan has had a long love affair with both PiL and you in particular. What do you think draws Japanese people to your music? 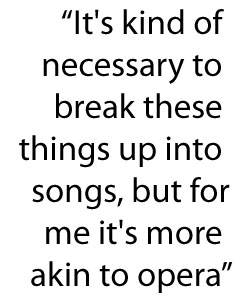 Your [Japanese people’s] minds are free; I mean physically you’re restrained by the society you live in, and geographically, living on such a small island. So you have to deal with physical restraints and problems of overcrowding, but that can allow you the chance and the opportunity to expand inside your mind.

Japan has always appreciated PiL in our most experimental ways: an album like (1981’s) Flowers of Romance, for instance. The record labels in Europe and America didn’t want to release it and yet in Japan it hit the charts in the first week.

I think it got to #8 in the album charts, and that helped me no end because it meant I could go back in to the record labels (in Europe and America) and say, “What do you mean you can’t sell this? It’s already selling!”

LT: You’re playing two shows in Tokyo, on April 5 and 6, at Shibuya-Ax. What can an audience expect from these shows?

John Lydon: Well, hopefully to be completely inspired, because that is the point and purpose of all of this. This is not just about taking money off you; this is about sharing something.

We put a lot of work into what we’re sharing with you, and I don’t think too many bands out there are bothered about that. I think we’re kind of exceptional and always have been, and that puzzles me because, in 30 years, someone should have come along and thought, you know, ‘why can’t we respect the audience too,’ but alas, it’s seems to just be us.

LT: So rather than expecting something new from your upcoming PiL shows, people should just expect the same honesty and the same level of interaction and intimacy?

John Lydon: The same warmth, yes. Yes. This is PiL. There’s a place around the campfire for you.

LT: Do you have any last words for your fans in Japan?

John Lydon: There are no last words. (Laughs) The last words will go on my gravestone, and they’re a long long way away – at least fifty years. (Laughs)

LT: But do you have any messages for the denizens of Japan with which you’d like to wrap up this interview?

John Lydon: Yeah, just to tell you that I’m very, very happy and pleased to be coming back to Japan. I love the atmosphere of our gigs there. It’s such a ferocious, excellent positive energy. One of the very few record labels who have shown us any respect of course has been EMI Japan. Not EMI anywhere else. The emphasis being Japan. ‘Nihon Ichiban.’ (Laughs)

LT: Thank you for taking some of your time to speak with me, it has been an honor.

John Lydon: Thank you. May the road rise, and your enemies always be behind you.