[Update] This giveaway is now closed

British anti-waste documentary Trashed, starring Jeremy Irons and directed by Candida Bray, looks as the risk to the food chain and environment through pollution of our air, land and sea by waste. 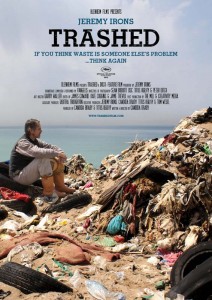 The first ten people to email their name to [email protected] with Trashed as the subject line will win a pair of tickets that can be picked up from 9:30 am on the 25th. (This giveaway is now closed)

Competition closes on October 24 (the day before the screening) or after ten names have been received. We will email details to winners no later than the 24th or as soon as we receive their names.

Trashed forms a key part of Natural TIFF and reveals surprising truths about very immediate and potent dangers to our health. It is a global conversation from Iceland to Indonesia between the film’s star, Jeremy Irons, and scientists, politicians and ordinary individuals whose health and livelihoods have been fundamentally affected by waste pollution.

Visually and emotionally the film is both horrific and beautiful: an interplay of human interest and political wake-up call.