In this week’s news roundup, we report on Gwen Stefani and her recent interview with Allure magazine. Responding to accusations of cultural appropriation, the No Doubt singer claimed to be “Japanese,” and “didn’t know it.” The comments have been widely criticized online. Also this week, there’s good news for full-time employees at Uniqlo as Fast Retailing announce that it’s raising salaries by up to 40 percent. In a retaliatory move, China has decided to stop issuing short-term visas to individuals in Japan and South Korea. Fumio Kishida is currently on tour, visiting five G7 nations using the world’s most powerful passport. And in sport, Naomi Osaka pulls out of the Australian Open before revealing that she’s pregnant.

For many years, singer Gwen Stefani has faced accusations of cultural appropriation. This has mainly been down to her employment of the Harajuku Girls, the four Japanese and Japanese American backup dancers she hired to feature in her stage shows and music videos. Dressed in schoolgirl uniforms, critics, including comedian Margaret Cho, felt the group reinforced ethnic stereotypes of Asian women. Stefani has long defended herself against such claims. “We learn from each other, we share from each other, we grow from each other. And all these rules are just dividing us more and more,” she told Paper magazine in 2021.

In a more recent interview with Filipino American Jesa Marie Calaor for Allure magazine, Stefani was asked about her fascination with Japan. She told her that she was regaled with stories about the country from her father before having the opportunity to visit herself. “I said, ‘My God, I’m Japanese and I didn’t know it.'” According to Calaor, the words “seemed to hang in the air,” between them before Stefani added, “I am you know.” The comments generated widespread backlash online, though many have also taken to social media to defend her, including Kyle Richards, star of reality show The Real Housewives of Beverly Hills, who posted on Instagram, “Everyone can’t wait to be offended by something.” Uniqlo to Raise Salaries by Up to 40 Percent

Fast Retailing, parent company of the Uniqlo chain, announced on Wednesday that it would be raising the pay of its full-time employees in Japan by up to 40 percent, beginning in March. The news comes a week after Japanese Prime Minister Fumio Kishida called on companies here to implement wage hikes to combat rising inflation. “There are alarm bells warning that stagflation emerges if wage growth lags behind price hikes,” Kishida said in an address to business leaders on January 4. The country’s core consumer inflation hit a more than 40-year high of 3.7 percent in November.

Under the new policy, monthly salaries for university graduates starting out at Fast Retailing will increase by around 18 percent from ¥255,000 to ¥300,000. Salaries for new store managers will rise to ¥390,000 from ¥290,000. The company also plans to boost other employees’ salaries by up to 40 percent. “This will include employees from headquarters and corporate departments responsible for the functions of the company’s global headquarters, as well as employees working in stores,” the firm said in a statement. Other companies looking at raising wages include drinks maker Suntory Holdings, who are considering a six percent pay increase.

China has, for the time being, stopped issuing short-term visas to individuals from Japan and South Korea. The retaliatory move comes after the two countries, like several other nations, imposed entry restrictions on Chinese travelers due to the coronavirus spreading rapidly there. South Korea suspended issuing tourist visas to anyone coming from China last week, a decision that the Chinese Ministry called “unacceptable” and “unscientific.” Japan requires a negative PCR test for anyone who’s visited China within the last seven days (China imposes similar testing requirements for all arrivals). The government has also limited the number of flights from China.

“Regrettably, a handful of countries, in disregard of science, facts and their actual epidemic situation, have insisted on taking discriminatory entry restriction measures targeting China. China firmly rejects this and will take reciprocal measures,” said Chinese foreign ministry spokesperson Wang Wenbin on Tuesday. In response, Japanese Foreign Minister Yoshimasa Hayashi said, “We are implementing measures at our entry points but taking every possible precaution to ensure that the international flow of people is not stopped. It is extremely regrettable that China is restricting the issuance of visas for reasons other than coronavirus countermeasures.” With Hiroshima set to host the Group of Seven (G7) summit this coming May, Prime Minister Kishida decided to visit five of the political forum’s member countries this week. He kicked things off in France on Monday where he gave a joint statement with French President Emmanuel Macron at the Élysée presidential palace. Both leaders vowed to enhance bilateral cooperation between their two countries in the Indo-Pacific region amid shared concerns regarding threats from China and North Korea. The two men also spoke about working together to face the global consequences of Russia’s invasion of Ukraine.

It was then off to Italy where Kishida and his Italian counterpart Giorgia Meloni agreed to set up a forum for discussions on national security. On Wednesday, the Japanese PM visited the Tower of London where he signed a Reciprocal Access Agreement with British Prime Minister Rishi Sunak, setting up a legal framework for the activities of British military personnel in Japan and the SDF in the UK. The following day, he discussed China’s increasing military assertiveness in his meeting with Canadian Prime Minister Justin Trudeau in Ottawa. That same topic will certainly be on the table when he meets US President Joe Biden tonight.

According to the latest Henley Passport Index, the world’s most powerful passport is Japanese. It is the fifth consecutive year that the country has topped the list. Using data from the International Air Transport Association (IATA), the index ranks passports from 199 countries and regions based on the number of destinations their holders can access without a visa. It covers 227 travel destinations, of which, Japanese passport holders can enter 193 without obtaining a visa. Tying in second place are South Korea and Singapore (192) followed by Germany and Spain (190). At the bottom of the list is Afghanistan (27).

The Japanese passport may be the world’s strongest, but it isn’t being widely utilized. Last February, the Foreign Ministry revealed that only 24.4 million Japanese valid passports were in circulation at the end of 2021. That’s just around 20 percent of the population and 3 million lower than the figure from the previous year. A poll taken by Morning Consult in July 2022, showed that 35 percent of adult respondents in Japan indicated they didn’t plan to ever travel overseas for leisure again, a much higher percentage than the 13 other countries surveyed. 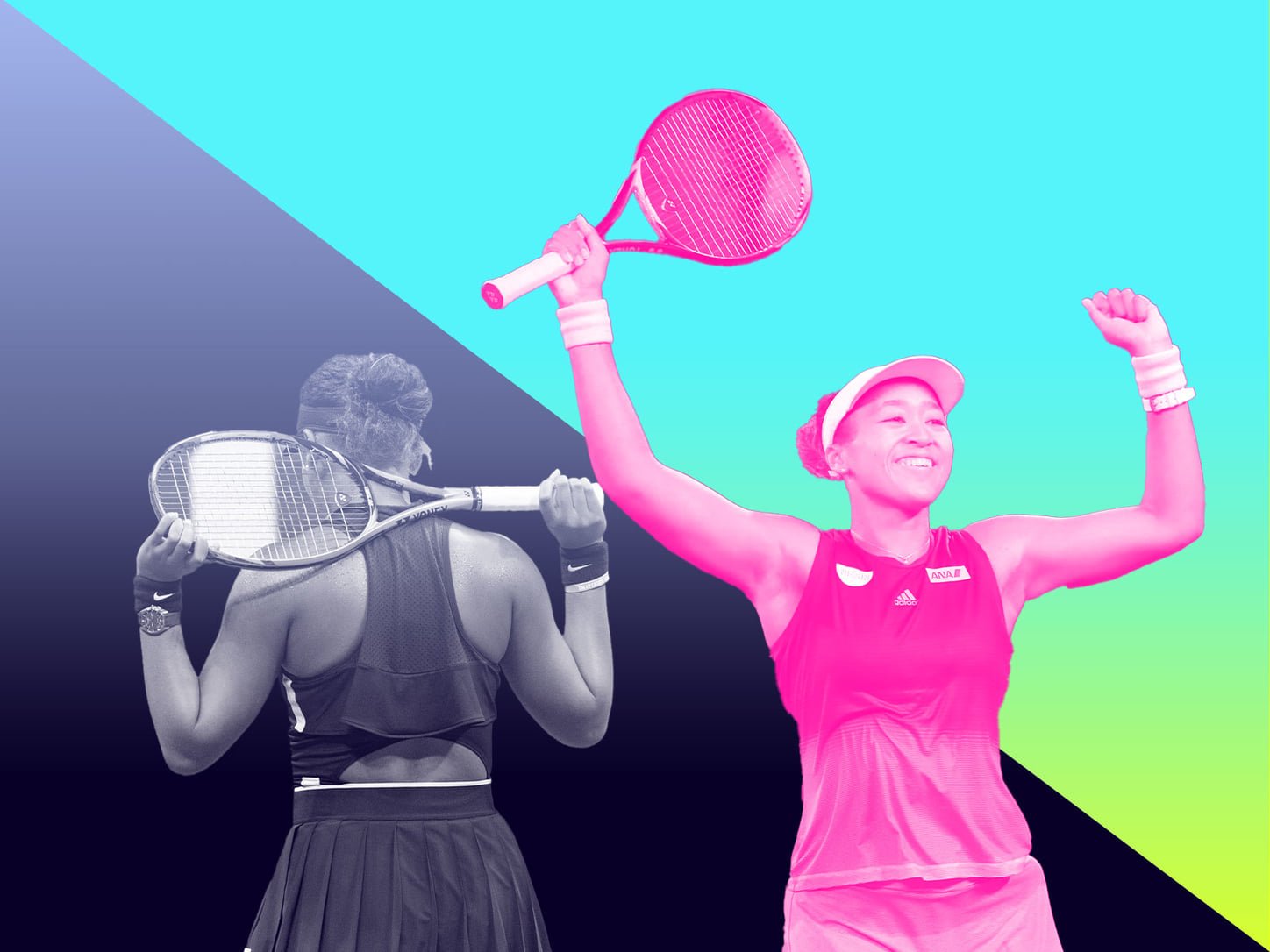 Naomi Osaka announced that she is pregnant via social media

Japanese tennis star Naomi Osaka took to Instagram on Wednesday to announce that she is pregnant. The four-time Grand Slam champion posted, “Can’t wait to get back on the court but here’s a little life update for 2023,” underneath a photo of an ultrasound. She’s currently in a relationship with rapper Cordae. Earlier in the week, organizers of the Australian Open confirmed that the 25-year-old would not be competing at this year’s tournament. At the time, many assumed it was a mental health issue as Osaka has been struggling with depression and anxiety for years.

The rest of our sporting news focuses on transfers. Hanshin Tigers right-hander Shintaro Fujinami is to join MLB side the Oakland Athletics for the 2023 season. The 28-year-old, who reached 162 kph with his fastest pitch, came from the same draft class as Shohei Ohtani and was considered a high school phenom. In soccer, two more Japanese players are heading to Europe. Vissel Kobe and Japan under-21 forward Yutaro Oda has joined Hearts in Scotland. Nagoya Grampus winger Yuki Soma, meanwhile, has agreed to a loan deal with Portuguese Primeira Liga side Casa Pia.