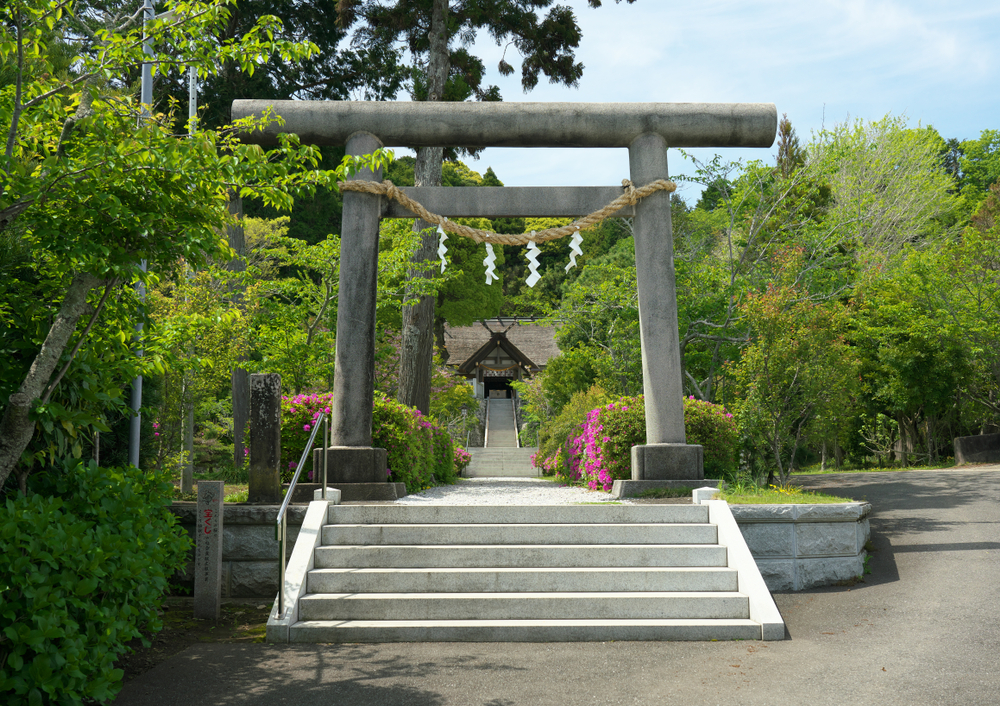 7 Oddly Specific Shrines From Around Japan

Shrines are on everybody’s itineraries when visiting Japan, whether you’re here for the first time or the fifth, and omamori (charms or amulets) are popular souvenirs as they are compact and inexpensive. If you live in Japan, they are also something you give and receive, especially around the New Year holidays.

Most omamori cover the basics: good health, good luck in school and general safety. There are some shrines that are home to very specific deities, however, and thus have very specific omamori available. While you’re wishing for good health, you might as well wish for Pantene-commercial-worthy locks.

Below is a list of seven shrines worth stopping by if you’ve got particular things you’d like to request from the gods.

Goou Shrine is famous throughout Japan as a power spot for those wishing for recovery from lower-body injuries. This is highly credited to an old legend in which Wake no Kiyomaro, the deity to which the shrine is dedicated to, once injured his legs during a trip but was brought to his destination and to health by a hoard of 300 boars.

At the shrine’s shop you can find your usual omamori for good health but also a set of specific omamori for your loved ones with lower-body injuries. Around the grounds, you’ll also see a few boar statues meant to bring good luck to visitors.

The Kaichu Inari Shrine was established in the 1500s. According to the website, its name translates to “all get hit,” which was then interpreted as “every wish comes true.” This was inspired by a true story. When the Tokugawa Shogunate established a squad of 100 men near the shrine’s current location, the captain spent time working on his aim, though he never seemed to hit the bullseye. One day, Inari appeared to him in a dream and gifted him a talisman. The following day, the captain’s aim was impeccable.

In the years that followed, the shrine’s reputation grew. Today, visitors can purchase special omamori with arrow designs meant to help them achieve their goals with utmost precision.

Hine Shrine is supposedly home to the gods of three districts. What’s more, it’s documented that the parents of the first emperor of Japan were enshrined here. It’s visited by many who pray for good health but especially expecting parents praying for a good delivery.

Hine shrine made this list because it has a very special festival held every May. It’s known as the Makura Matsuri, or “Pillow Festival,” where people attach colorful pillows to the end of bamboo poles and parade them around. The pillows are meant to represent a wish for good matches (for single women), healthy newborn babies and a bountiful harvest.

At the shrine’s shop you can purchase a variety of omamori, including a series of some meant to bring good and restful slumber. A good night’s rest will do wonders for your health, after all.

According to Chiba Prefecture officials, Takabe Shrine is the only shrine in Japan dedicated to cooking. It’s, therefore, unsurprising to hear that many established and aspiring chefs make a stop here. Some companies even come to wish for good production. Three times a year (in May, October and November) the shrine hosts a kitchen knife ceremony during which it re-enacts a Heian-era imperial court ritual.

There are a couple of omamori specifically for cooking at this shrine; ryouri joutatsu, for those who want to improvise their cooking skills, and ryouri shingan, for a heartfelt prayer to the gods.

Another one-of-a-kind shrine on this list is Mikami Shrine in Kyoto Prefecture. It’s believed to be the only shrine in Japan that specifically offers protection and blessings related to hair. The area around the shrine was supposedly the location where the profession of hairdressing was born in Japan.

Hairdressers, among others from related professions, visit Mikami Shrine for good luck in their careers, which does involve praying to a preserved holy mount of hair.  Omamori at Mikami Shrine range from wishing for good hair growth to good luck in upcoming beauty school exams.

Another holy place in Kyoto with a very specific vocation is Hikou Shrine. Yes, as in hikouki (“airplane” in Japanese). The structure itself reveals the unique history of this shrine, which not only enshrines the deity Nigihayahi no Mikoto, who flew in an airship called Ama no Iwafune with 32 deities, but also the souls of aviation accident victims from around the world.

The structure itself was designed and built by Chuhachi Ninomiya, who was a Japanese aviation pioneer, using the same materials one would use to build airplanes. The shrine’s main torii gate, for example, is built out of duralumin. Throughout the shrine you’ll also find statues and artifacts referring to notable moments and events in aviation history.

At the shrine’s shop, visitors can purchase omamori for safe air travel, with one even specifically wishing for safe travel aboard a helicopter. Many Japan residents often come here to pray for good luck before a long international trip. Not to be confused with the same-named shrine in Tsukuba, Ibaraki Prefecture (though that shrine has a great story too) is Tachikawa’s Kokage Shrine. These sacred grounds owe their reputation to Japanese Jazz pianist Yosuke Yamashita, who nicknamed it the “cat return shrine.” This was because when his own cat was missing, Yamashita prayed at this shrine and the following day, his cat returned home safely. He wrote in an essay that every time his cat would go missing, he would visit Kokage Shrine and every time, his cat would come back.

The shrine now is a place where cat owners can wish for their lost pets to return home without a scratch. There’s special omamori on offer too.