This is a fun-packed week with a three-day weekend at the end of it. Everybody is invited to our September-October issue party where you can dance to your heart’s content. Alternatively, check out some of the city’s top exhibitions or get in early on some Halloween celebrations. TW’s latest issue has dropped, starring activist and architect Kaede Sari on the cover, photographed by the talented Solène Ballesta. To celebrate the launch, we are teaming up with More Than Music for another exciting party. This is your chance to pick up a copy of the magazine and mingle with the TW team and some of our recent interviewees.

Haus von Schwarz will perform their dark goth drag on stage. There will also be a live performance by the band Nowheres. 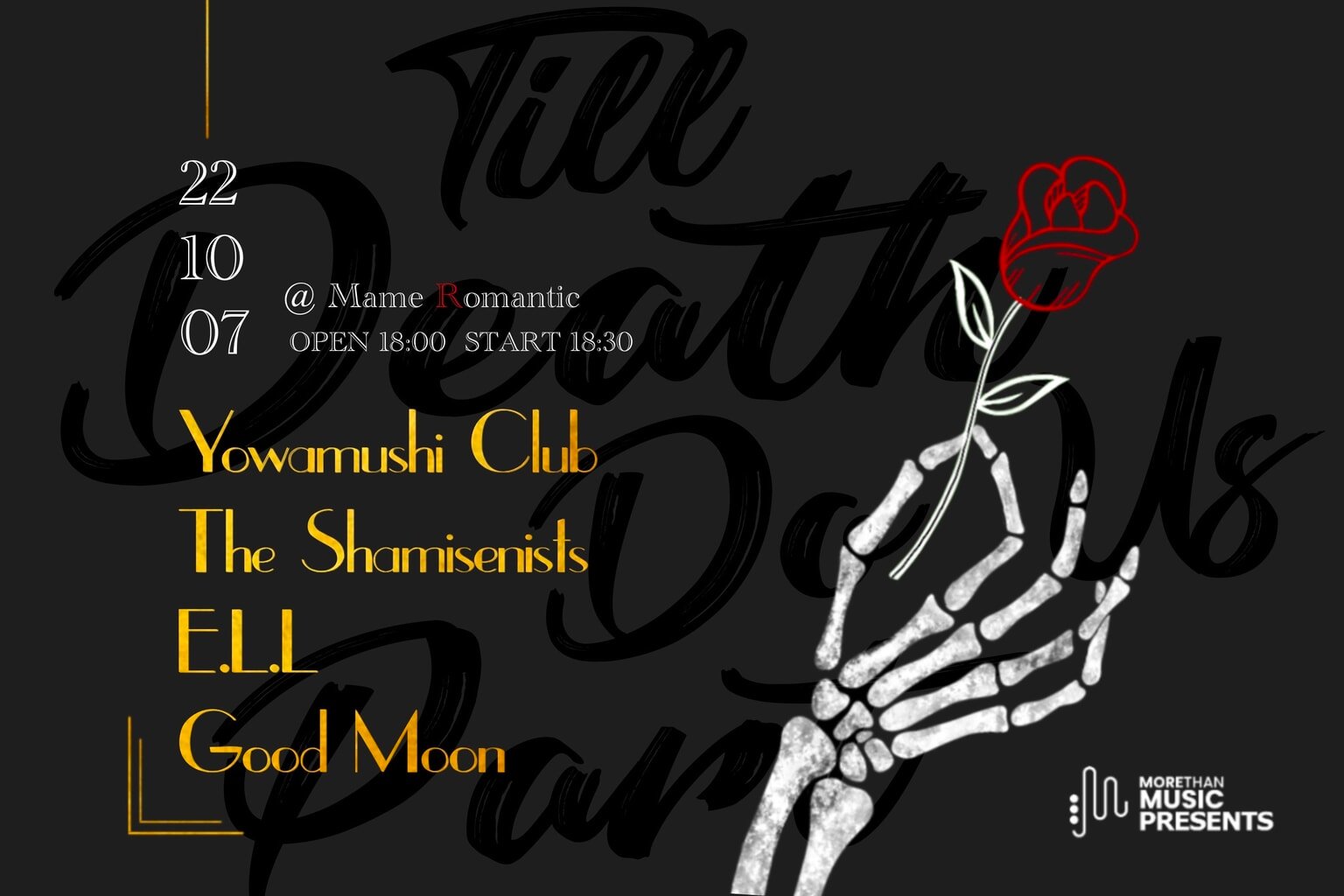 2. MTM Presents: Till Death Do Us Part

MTM Presents will showcase talented underground artists Yowamushi Club, The Shamisenists, E.L.L. and Good Moon in a night to remember. Yowamushi Club explores new sounds in their work and use that to craft original songs. The Shamisenists defy genres and E.L.L. play groovy rhythms that turn everyone in the room into bobbleheads. Finally, Good Moon are a pair of brothers who produce an eclectic mix of pop rock and hip-hop. This event, which mixes music with stand-up comedy, will showcase comedian and musician Chalice and singer-songwriter Mio. Chalice performs not just as a comedian, but as Afrodyty, bringing an original touch to the R&B genre whether in a full band or solo on a prerecorded beat. Mio is a solo acoustic singer-songwriter. In this roast battle, comedians attempt to outwit each other in hilarious insult matches. The audience should be prepared for harsh jokes at this fast-paced, high-energy comedy show. It’s a roast so there will be burns. Since the jokes may be offensive, only adults can attend. Javier Corso, a photographer whose work has appeared in National Geographic, and his production company Oak Stories hold a photo exhibition highlighting the Matagi, traditional hunters in the highlands of northern Honshu. Between 2017 and 2019, they traveled to Akita and Yamagata prefectures to capture the life of Matagi hunters. The exhibition is organized with the support of the Embassy of Spain in Tokyo.

Only the exhibition opening on October 6 requires advance reservations via the embassy.

In this solo exhibition, ceramics artist Yuri Kezuka presents work she started in 2012 featuring a faucet and a container. Pottery can last for 10,000 years and Kezuka’s work, which represents contemporary phenomena using modern earthenware, makes us wonder what people in 10,000 years from now will think when they view her work.

This is the artist’s first solo exhibition in Japan and will feature work from her most transformative years as she moved from Rome back to her native California before settling in New York in 1971. Her Rome drawings show the first incidence of Hafif’s signature repetitive vertical mark making, a technique she returned to in New York’s early 1970s downtown art scene. Her work challenges conceptual and tactile limits using various media. This exhibition is a collaboration between Tokyo Emergence and the newly formed art collective, Cinqi5m. This exhibition encapsulates five creative perspectives in Tokyo through diverse artistic expressions by the five members of Cinqi5m and the five letters in T.O.K.Y.O. Customers can indulge in Grand Hyatt Tokyo’s Halloween Afternoon Tea Takeout Box for spooky celebrations at home. It consists of a two-tier takeout box set with twelve Halloween-themed sweets and savory items and the quantity is limited.

The top tier has eight sweets, including cute ghosts and pumpkin macarons. The bottom tier will have four savory items, including a luxurious voodoo lobster roll made with a bamboo charcoal bun and a black-eyed pea salad. The box is available for delivery to places that are within five kilometers of Nishi-Azabu. People can make reservations online, by phone or in person at Fiorentina Pastry Boutique.