Japan May Have To Give Up on the South Kuril Islands

I have decided it’s time to purchase a Geiger counter. If I’m writing my next column whilst getting battered by gusts of nuclear snow, I’d at least like to know how much time I’ve got before my internal organs start bleeding and my fingers morph into plutonium. Hyperbolic? Perhaps. But a recent spate of op-eds with suggestive titles, such as “I was a nuclear missile operator. There have been more near-misses than the world knows,” hardly give me cause for optimism.

Of course, I bring this up because Russian soldiers are closing in on Kyiv, plotting assassination attempts and liberating the Ukrainian people by way of reducing their cities to rubble. This is clearly a suboptimal condition for maintaining the world order. And though it would certainly be a last resort, one can only hazard a guess as to what constitutes cause for military intervention from the West and its allies. Where such a scenario to come about, Geiger counters might only be the beginning.

The events of the past month have caused all states with whom Russia is in territorial disputes to stand to attention. Chief among them is Japan, which has long been at odds with Russia over a frosty archipelago lying to the north of the Japanese mainland.

The Northern Territories or the South Kurils?

Japan and Russia’s testy relationship stretches back to the turn of the 20th century. The Russo-Japanese war erupted in 1904 between the two then-empires over control of terrestrial and maritime territories around Manchuria and the Korean Peninsula. Upon Japan’s victory in 1905, which cost tens of thousands of lives and bankrupted the empire, the island of Sakhalin – north of Hokkaido, east of Russia – was divided in half with Japan gaining the southern section of the landmass.

Then in 1945, the Soviet Union declared war on Japan just 15 days before Emperor Hirohito announced surrender in the Second World War. The Soviets subsequently seized south Sakhalin and a collection of four islands – called the Northern Territories by Japan, the South Kurils by Russia – expelling 17,000 Japanese residents in the process. Japan has since maintained the Kurils and their fish-rich waters are illegally occupied, while Russia denies anything of the sort. This disagreement has, rather significantly, prevented Japan and Russia from formally ending hostilities via a peace treaty.

Former Prime Minister Shinzo Abe was keen on finding a diplomatic solution to the issue, meeting frequently with Vladimir Putin during his second tenure (2012–2020). Unlike his predecessors, Abe’s Russia-centric foreign policy outlined his willingness to accept just two of the four South Kuril Islands – Habomai and Shikotan (which account for only seven percent of the disputed landmass) – and to cozy up to Russia in his bid.

This included taking a soft stance on Russia’s 2014 invasion of Crimea, increased economic cooperation between the two nations and arguably the most puerile act of diplomacy in modern geopolitics: offering Vladimir Putin a puppy, which the canine-loving strongman snubbed. Abe’s apparent sycophancy would ultimately count for naught, however, with Russia adding an amendment to its constitution in 2020 banning territorial concessions.

Japan’s prime ministerial successors, Yoshihide Suga and Fumio Kishida, who are essentially political facsimiles of Abe, plowed on with the failing initiative. But the recent Ukraine invasion has necessitated a course correction. 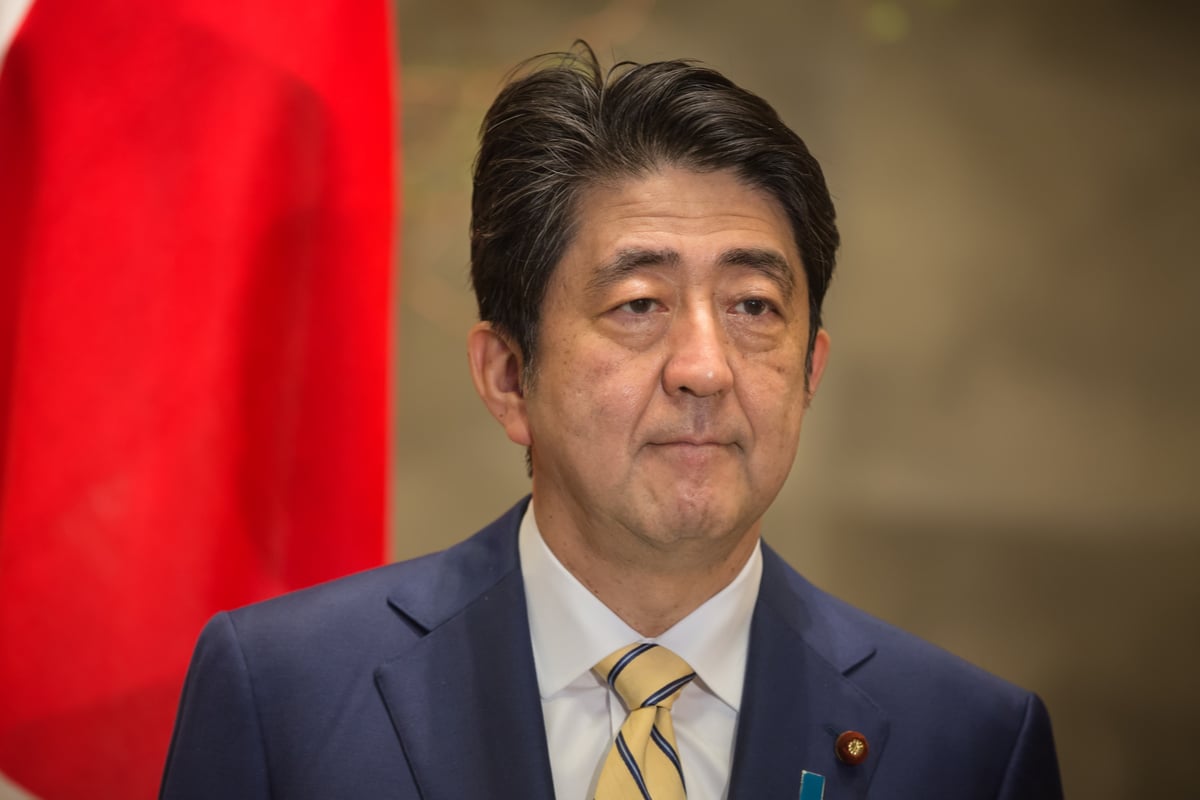 Reports of Russian naval and air incursions into Japanese territory have filtered through with quite some frequency since the invasion began. From Russian warships prowling the Tsugaru Strait (located between Honshu and Hokkaido) to a Russian helicopter spotted near the Nemuro Peninsula (which caused Japan to scramble fighter jets), signs point to Putin ramping up military capabilities on both sides of his continent-spanning nation.

Kishida, a former foreign minister under Abe, has been surprisingly un-dovish, though the circumstances merit it. Following the West’s lead, he reacted with “unprecedented” sanctions on Russia. At the time of writing, Japan has frozen the assets of a reported 61 Russian individuals, mainly oligarchs and Kremlin politicians. It has acted similarly towards Russian banks and financial institutions, as well as banning exports of communications and radar equipment, along with other technologies, to Russia.

Though as many analysts aver, economic sanctions tend to affect the working classes in a sanctioned country first and foremost, with the elite bearing the brunt later (if ever). A newly impoverished Russian people could ostensibly revolt, but in an autocratic regime like Putin’s, where dissenters are disappeared and silenced, such a revolt would likely be thwarted before the first bullet was fired.

Furthermore, Japan has had to take a more cautionary approach to removing itself from the Russian energy pipeline. Japan and its zaibatsu trading companies have significant stakes in Russia’s Sakhalin 1 and 2 oil and gas projects (located on the formerly shared island). Around four percent of Japanese crude oil imports and nine percent of liquefied natural gas imports in 2021 were reported to have come from Russia.

So now Japan finds itself in a diplomatic quagmire, with energy and security the foremost concerns, further complicating the Kurils dispute.

Where Do We Go From Here?

Nevertheless, the optics suggest Japan will not weaken its support for Ukraine. The comic-turned-stoical wartime leader, Volodymyr Zelenskyy, has approached Kishida about giving a virtual speech to the Diet – much as he did to the British House of Commons and US Congress with rousing effects. The Japanese government is keen, but is currently discussing “logistics.”

Japan has also opened the door to Ukrainian evacuees, of which there are estimated to be around 2.8 million, an about-face from its typically lackluster refugee policy. 47 Ukrainians have already arrived, a similar figure to the number of refugees Japan accepts annually.

Whilst this will hardly win favors in the Kremlin, Japan remains in a safer position than Ukraine, given the presence of forward-deployed US soldiers, Russia’s current ownership of the Kurils, and the fact that Putin’s imperial aim appears to be focused on uniting the Slavic states under the auspices of Mother Russia. Few expect he’ll start mobilizing forces in the Sea of Okhotsk on the genuine pretense of invading Japan.

But let’s remember who we’re dealing with: a highly intelligent, if slightly unhinged, self-regarding tyrant whose recent actions have destabilized the democratic world. Any prior notions that nuclear deterrence allowed us to live in a peaceful stasis have proved apocryphal.

Japan’s territorial claims are not without foundation and the Diet ought to feel kinship with the resilient Ukrainians. But as the bombs continue to rain down on Kyiv, Japan would do best to proceed with caution, otherwise things could get an awful lot worse, before they get better.