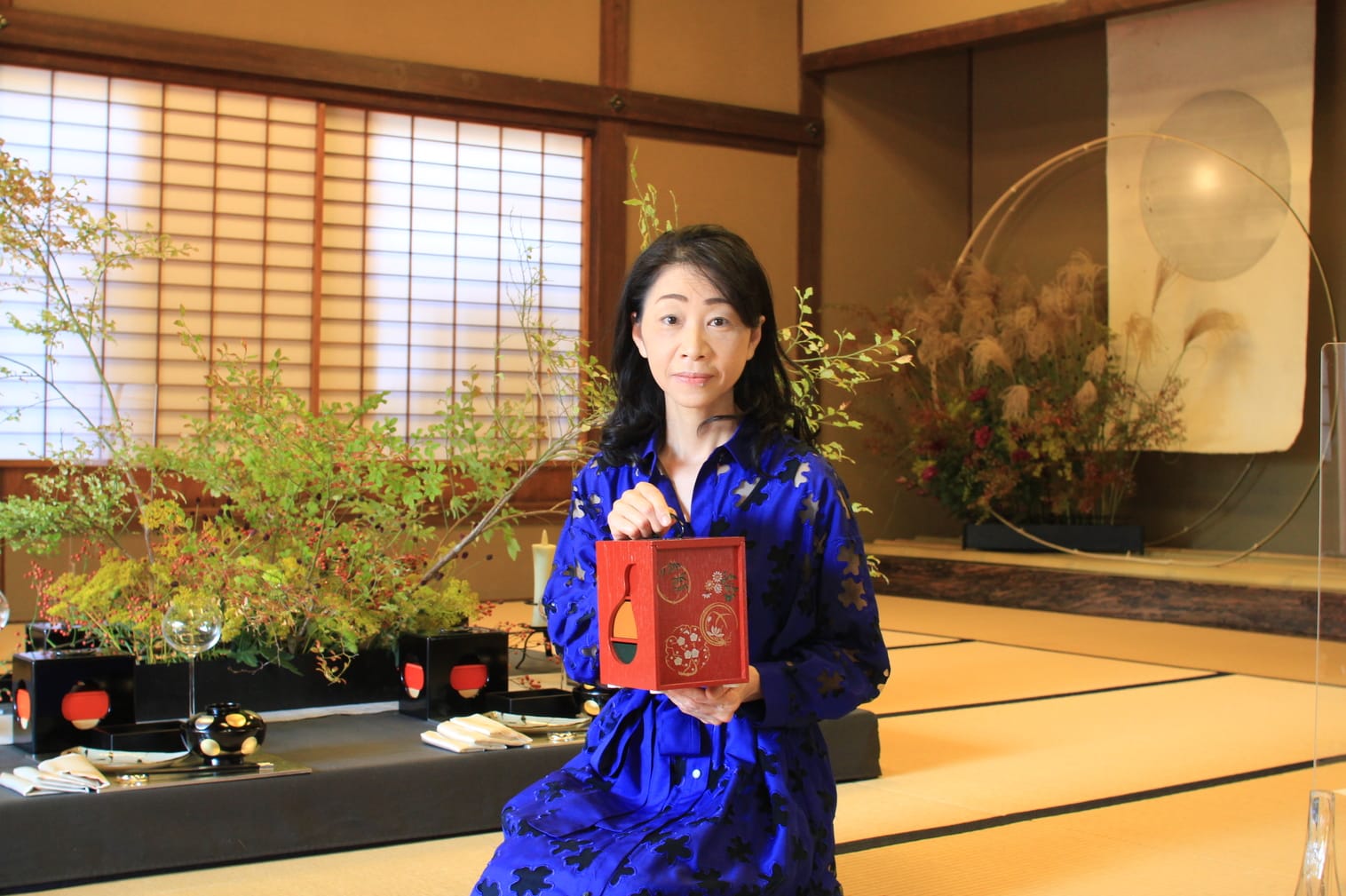 The revival of the nostalgic bento box

Yusanbako are the colorful lunch boxes once widely used by children all over Tokushima Prefecture in Shikoku. Originally made from lacquered wood, they fell out of use following World War II and were becoming just pleasant memories for older generations by the 1960s. However, dedicated efforts over the last 15 years have lead to a “yusanbako revival” with renewed appreciation for the boxes, and visitors can now purchase and decorate their own yusanbako for a special keepsake.

The traditional design consists of three stacking trays fitted into a frame and held in place by a sliding vertical lid. The unit is carried by a handle on the top. It is thought that the little boxes developed from larger ones that held lunch for an entire family. In the past, many people in the prefecture lived in farming communities and they celebrated the annual coming-of-spring by heading out with family and friends for a picnic in the hills or fields.

The smaller versions are thought to have appeared during the end of the Edo Period (1603–1868) and local craftspeople started making colorful designs especially for children. Yusanbako probably reached the peak of their popularity during the Meiji Period (1868–1912), when excited groups of children would set out for spring outings with their friends. Typically the bottom tray held a rice dish, the middle one often contained simmered vegetables, and the top tier had some kind of sweets that appealed to youngsters.

It was cultural anthropologist Masahiro Miyake who spearheaded the yusanbako revival. A native of the Kansai region, Miyake had never heard of them when he began conducting interviews for his research on urban development for Tokushima University in the early 2000s.

“Discussion surrounding urban development often veers into rather negative territory, so I was looking for a theme that people would enjoy talking about. I’d try asking, ‘Is there anything special or interesting about Tokushima?’ and I wouldn’t get much. But when some of the older people mentioned yusanbako, they smiled and opened up,” Miyake recalls.

He adds that his interviewees assumed that all children in Japan used yusanbako, so they hadn’t considered that this culture was unique to Tokushima until then.

Miyake continued his research into yusanbako, and his column about them in a local newspaper in 2006 drew an overwhelming response from nostalgic readers. He then enlisted the help of two residents of Tokushima City to help bring the little boxes back into daily life.

One of the pair was business owner Takako Ichikawa, who cherished her own childhood memories of yusanbako. Ichikawa’s shop specializes in lacquerware and while she had already found a company in Fukui to provide authentic lacquered yusanbako for her store, she agreed to work with Miyake.

Their collaboration took them to local furnituremaker Tatsuhito Ebuchi, and they asked him to come up with a simpler, less expensive version of yusanbako. Interest grew and today people visit Ebuchi’s workshop to decorate their own one-of-a-kind lunch box, including schoolchildren, family groups and tourists. Professionally painted versions are also available, and yusanbako are becoming popular as bridal and baby gifts, or as decorative containers for displaying things like confectionary.

Yoko Shimauchi is President of the Yusaanbako Cultural Preservation Society, which was established in 2018. A table coordinator by profession, she grew up hearing her mother speak fondly about yusanbako. The Society arranges events to encourage the use and appreciation of the little lunch boxes, often using yusanbako from Ebuchi’s workshop.

“Our three aims are to preserve, pass on and create connections with yusanbako culture,” she says.

The Society collaborated with the Tokubeiza Traditional Japanese Puppet Theater troupe for a special spring event on April 3 this year. It was held at the Awa Jurobe Yashiki Puppet Theater and Museum, and also featured displays of historical and modern boxes, along with picnic lunches – served in yusanbako, naturally. The unique puppet theater of Tokushima–Awa Ningyo Joruri – is a combination of storytelling, music and puppetry.

The puppet performance was led by American Martin Holman, a retired professor of Japanese literature and director of the Tokubeiza troupe. Holman researched and performed in the puppet theater on both sides of the Atlantic before relocating to Tokushima in 2019 and starting his own troupe. He was inspired to create and perform an original piece involving yusankbako after helping with the English version of a children’s picture book about them, Yusanbako (Yusanbako Motte in Japanese), written by Junyo Yamazaki.

Most Awa Ningyo Joruri troupes stick to a handful of traditional plays but Tokubeiza are very open to innovation. Holman and his associates came up with a story centering around Oyumi and Otsuru, a mother and daughter pair from one of the puppet theater’s most popular works, and added various twists, including a lion dance.

“Because of the large number of characters, we asked one of the other traditional troupes in Tokushima to join us to put together the performance, the Naruto-za based in Naruto-shi,” says Holman. “The synergy of two Tokushima traditions – puppets and yusanbako – generated a lot of enthusiasm among the audiences and among us puppeteers.”

Miyake, now based at Mukogawa Women’s University in Hyogo Prefecture, is pleased that yusanbako culture continues to develop in interesting new ways, while expressing the wish that their traditional essence never changes. “When people talked to me about yusanbako, it was never just about the lunch boxes; it was about memories of their family, their friends, their hometown and happy times together,” he says.

The Yusanbako Cultural Preservation Society’s website has history and video links about yusanbako and their upcoming events are publicized on Facebook.

You can learn about and watch performances of Tokushima’s traditional puppetry at the Awa Jurobe Yashiki Puppet Theater and Museum and connect with Martin Holman and Tokubeiza on Facebook.