I recently watched Enter the Void, a trippy art-house séance of a film steeped in Oriental mysticism which follows drug-addled expats in the seedy Tokyo underworld. It’s not the sort of movie one forgets in a hurry – the denouement kicks off inside a vagina – but I couldn’t shake a feeling that plagued me from the first minute. This hallucinogenic, narcotic-fueled Tokyo just doesn’t feel like the same city I call home. Drug use in Japanese society is combatted with a zero-tolerance policy, exercised with an iron-fisted rule. If such a Tokyo underworld exists, where indeed is it hiding?

When the issue of drug use in Japan does rear its head, it’s often in the form of ludicrous and inflammatory headlines, particularly where cannabis is involved. I’m sure you’ll remember some of the recent reports.

Actor Yusuke Iseya was given a three-year suspended sentence for possessing 13 grams of the stuff. That’s about the same weight as an AAA battery. Junnosuke Taguchi, of pop star fame, was forced to pay a ¥3 million bail release fee after being caught with just two grams – the street value of which is about ¥3,000. And most mind-bogglingly, a Kanagawa couple were arrested for merely tweeting cannabis appraisals, like “Weed sure is the best.”

These are, by most sensible estimations, punishments that far exceed the crimes. But they are emblematic of Japan’s draconian approach towards cannabis. An approach that is, against the prevailing winds of many other developed nations, about to get yet more draconian.

Japan has long been in the thrall of its own war on drugs but is now purchasing ammunition for the adversary. And it’s tough to reconcile this with the punitive measures it’s enacting upon its own citizens.

Surveys suggest that fewer than two percent of Japan’s population between the ages of 15 and 64 have tried cannabis. Even if you’re willing to concede the potential merits of the drug, this hardly screams epidemic. Yet a panel of health ministry “experts,” whose collective understanding of cannabis is reminiscent of the 1930’s cult propaganda film Reefer Madness, announced in June that consuming cannabis will now be criminalized alongside the already outlawed acts of possession and cultivation.

Furthermore, in a brazen maneuver of government surveillance and overreach, Japan is looking to criminalize THC (the psychoactive chemical in cannabis) in the bloodstream. This might be used to penalize Japanese citizens ingesting the drug while on holiday or living overseas.

Much like Jeremy Bentham’s panopticon, the latter of these authoritarian legal alterations sends out a clear message: wherever you go, whatever you do, we are watching.

These laws are wildly ahistorical, as I previously wrote about cannabis history. But they also lay bare the government’s startling duplicity towards the illicit plant.

For a start, the government panel suggested the use, research and development of cannabis-derived drugs should be authorized. Also, cannabidiol (CBD), the non-psychoactive chemical in cannabis, is going through a hipster craze in Japan with stores specializing in the stress-relieving panacea popping up all across Tokyo. These are usually pathways to decriminalization. So why blacklist the drug further?

Japan’s Pot Laws Are Harsh, But Its Pensioners Invest in Growershttps://t.co/DBk3IDn1X3

Though the GPIF claims it usually invests by following equity indexes, rather than choosing ad hoc stocks to purchase, it’s hard to believe nobody at the world’s largest pension fund would be keeping tabs on where the money was headed. Especially since it aims to promote “the incorporation of non-financial environmental, social, and governance (ESG) factors into the investment process in addition to financial factors.”

It’s a simple battle of profits vs morals. And in the capitalist arena, the latter rarely wins.

Now, granted, in today’s world it is difficult to avoid financially endorsing things you don’t morally align with. I hate to tell you, dear reader, you’re likely reading this on a device built upon the sturdy foundations of slave labor, and that cappuccino in your hand probably started its journey on a coffee plantation where once existed a healthy thicket of Amazon rainforest.

Japan’s weed investments are, however, a little more clandestine. Largely, because the GPIF has refused to acknowledge whether it still owns the stocks following their first public reporting. This raises an obvious question: if its hands are now clean, why the vow of silence? 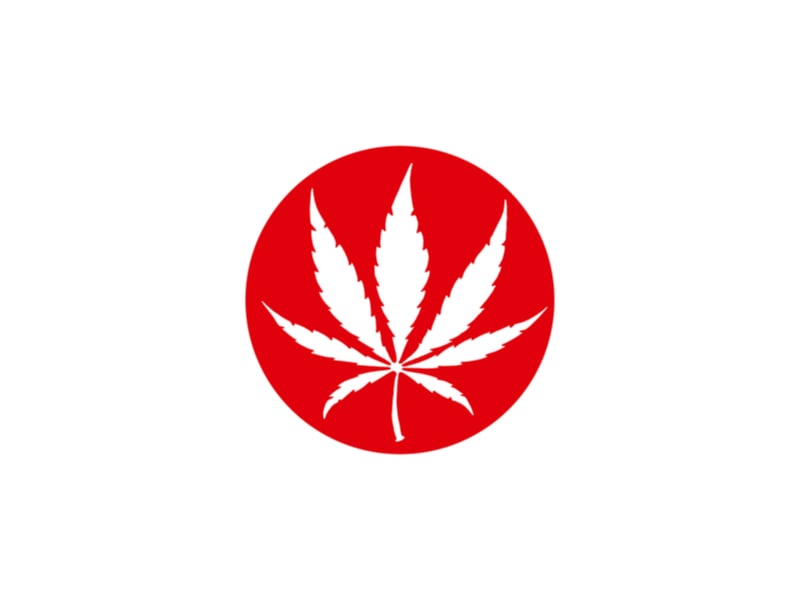 The Financial Burden of The Aging Society

The motive for such duplicity is easy to establish. The global cannabis industry has ballooned over the last decade and is expected to surpass $70 billion in net worth by 2028. Japan has witnessed this on home soil through the rise of CBD.

Japan is also desperate to solve the problem of supporting its greying population – a major goal for the GPIF. Last year, a bill was approved to raise the possible retirement age to 70. It will also allow retirees taking their pension from age 65 and over to get better monthly payments than those retiring between 60 and 64. This is in light of an expected national labor shortage if the population dips as projected from 127 million to fewer than 90 million in the next four decades. At which point over 40 percent of the country could be entitled to a pension. With public pension spending already around 10 percent of Japan’s GDP, a further increase is no trivial matter.

Ultimately, the GPIF investing wisely will be of little concern to those who reap the rewards later in life. But if the government is going to put its mouth where its money is, a more measured policy on cannabis use is necessary.

Unfortunately, such progress feels generations away.