Lewis Carroll’s Alice in Wonderland is one of the most popular stories on the planet, having inspired animated films, live-action movies, plays and even horror video games. But in early August, at the Kanagawa Arts Theatre, you will be able to enjoy this classic story anew, in the form of a whimsical shadow puppet performance. Keep reading for more Yokohama events happening this month.

Founded in 1952, the Shadow Play Theatre Kakashiza is the first professional Japanese troupe specializing in shadow puppetry. With nothing but light, articulated cutouts and the nimble hands of their performers, they’re able to bring whole worlds to life in a way you rarely get to see nowadays. Shadow plays rely entirely on skillfully manipulating light, or rather the lack thereof, making them one of the most whimsical and ephemeral forms of theater out there. That’s also what makes them the perfect medium for adapting the brilliantly fantastical world of Alice in Wonderland, which will actually be the theater’s first new production in three years. 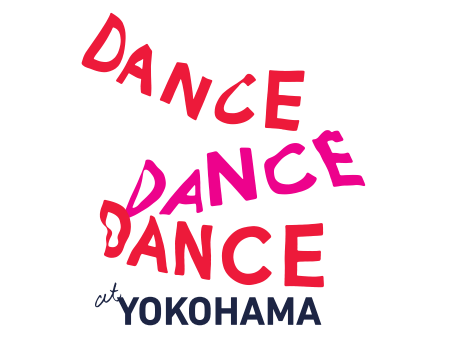 Taking place only once every three years in Yokohama, Dance Dance Dance is not only one of the coolest Yokohama events, but also the largest dance festival in all of Japan. It celebrates the art of dancing in all forms, including ballet, street dancing, ballroom, Nihon-buyo, flamenco and many more. It doesn’t restrict itself to just one location and is held all over Yokohama in various indoor facilities, shopping arcades, train station squares, public parks and more. The goal here is to reach people of all ages and nationalities and get them to participate in workshops or just to get up on the stage and have some fun. With more than 200 programs, Dance Dance Dance will surely offer something that interests you.

The festival is directed by Juichi Kobayashi, a former ballet dancer, current actor and choreographer. Dance Dance Dance will include appearances from dance performers and troupes from all over the world. Details of the festival programs can be found on their official website. Covid-19 has taken so much from us, like our ability to create precious memories. With graduations, weddings and other ceremonies all canceled, many people were robbed of the chance to immortalize some of the most important events in their lives on film. Herbie Yamaguchi wants to fix that.

Having first made a name for himself in the 1970s with photos of London’s punk culture, he was also one of 140 photographers chosen for the photo exhibition commemorating the 100th anniversary of Leica. Now, he’s organizing a photo session for a few dozen lucky people, helping them take back their lost “Time” — the theme of the entire event. The deal is simple: if you lost the chance to photograph a momentous occasion in your life because of Covid-19, tell your story to Yamaguchi in 400 characters or fewer. If you’re one of the 40 lucky chosen, you will meet him for a photo session at the Rose Hotel Yokohama and walk away with an original commemorative photo taken by one of the most famous Japanese photographers. Jazz sort of has a reputation for being inaccessible to young people. The Minato Mirai Super Big Band, composed primarily of junior high students, attempt to challenge that image during their upcoming August concert. Originally formed at the Yokohama Minato Mirai Hall, their next performance will not be held there on account of the venue undergoing extensive renovations until October 2022. Instead, the group will be performing everything from swing to Latin jazz at Salvia Hall in Tsurumi.

Admission is free but only 200 people in total will be admitted. Online applications will be accepted until August 5.

For more Tokyo and Yokohama events, new openings and other happenings in and around Tokyo, browse our other What’s New roundups.