Ontayaki no Sato: Digital Detox in a Folk Pottery Commune in Kyushu 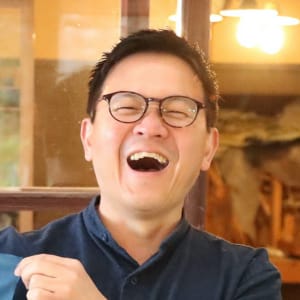 Located in a lush valley in Oita Prefecture’s western Sarayama district, Ontayaki Pottery Village moves to a steady rhythm of its own. There’s no mistaking its distinctive sounds — rushing water, a splash and a thump before the sequence repeats in an almost hypnotic fashion that seems to reverberate in the 300-year-old commune. Made up of a cluster of traditional clay-roof (kawara) houses and climbing kilns (nobori-gama) dotting a narrow road that winds toward a museum, Onta can be covered on foot in less than an hour. But the tranquil mode is instant and any urge to rush is likely to slip away as soon as you get here.

It didn’t take us long to find the source of the village’s au naturel BGM, which is also designated as one of the best soundscapes in Japan that need to be preserved. Scattered throughout the village are wooden mortars (karausu) powered by river water and designed to pulverize clay rocks gathered from the surrounding mountains. In mesmerizing slow motion, the seesaw-like contraptions creak as they swing down to pound orange-brown rocks into powder, which is then mixed with water for crafting Onta ceramic ware, or Ontayaki. If you’ve set foot in a trendy interior store in Tokyo, you would likely have come across an Ontayaki plate, bowl or mug. Rustic and sturdy with earthy tones, Ontayaki is characterized by hand-carved geometric patterns (tobikanna), brush streaks (hakeme), dripping designs (nagashi-kake) and finger markings (yubi-kake).

It’s not all trend and no substance though. In 1995, Ontayaki was designated as one of the most important intangible cultural properties in Japan. In 2008, the entire village was deemed an important cultural landscape. But it hasn’t always been like this. From its founding in 1705 to the early 20th century, Onta was an anonymous half-farmer and half-potter commune tucked away from the rest of the world. In 1931, however, philosopher and founder of Japan’s Mingei (folk art) movement, Yanagi Muneyoshi (or Soetsu), was lured to Onta after encountering its ceramic ware in Fukuoka.

Mingei exalts the beauty of ordinary and utilitarian items created by unknown craftsmen for daily use. For Yanagi, Ontayaki exemplifies the Mingei philosophy. In his book Hita no Sarayama, he referred to Ontayaki as the “world’s number one folk pottery,” shining a spotlight on Onta and its ceramic ware. The village was later brought to the world’s attention when famous British potter Bernard Leach worked in residence here in the 1950s and 1960s. Life in Onta hasn’t much changed over the past three centuries. Today, nine families operate workshops that trace their lineage to three main founders. Literally a closed community, each family’s pottery techniques are strictly handed down from father to son (only one successor is allowed), while each workshop is limited to two kilns to ensure sufficient resources for future generations. You won’t find any electric machinery in the production process even now.

As a collective community, Onta’s ceramic products don’t bear individual potters’ names. If they are marked, each plate, bowl or cup carries the sign of the village, signifying them as the work of a collective body. Despite its growing popularity, Onta has steadfastly avoided the pitfall of mass consumerism, as its residents stick by their age-old principles of sustainability and balanced moderation even before they became a thing. Cell signal is nonexistent here, making it a perfect spot for a digital detox even just for an afternoon. It’s a good idea to start off with a tour of the village’s museum to get to know the production process and a brief history of Ontayaki (even if you don’t understand Japanese, there are enough visuals to give you a rough idea), before working your way down the village.

On an early summer afternoon, every corner we turned led us to evocative scenes of daily life from a bygone era that wouldn’t look out of place in an Yasujiro Ozu movie. As residents went about their daily life and pottery work, we wandered freely in and out of each of the family’s unmanned shops. When a purchase has been decided, visitors have to ring a bell or simply call out to get the owner’s attention. With their creamy white glaze and brown hues, Ontayaki tableware is almost certain to turn every dish into a visual feast and we definitely found ourselves ringing the bell more than a few times. It’s best to access the village by car because public transportation can be sporadic. Onta is a 20-minute drive from Hita Station. But if you have to, you can take the Kyudai Main Line train from Oita Station to Hita Station (about 50 minutes), followed by a bus to Sarayama.

All photos were taken by the author