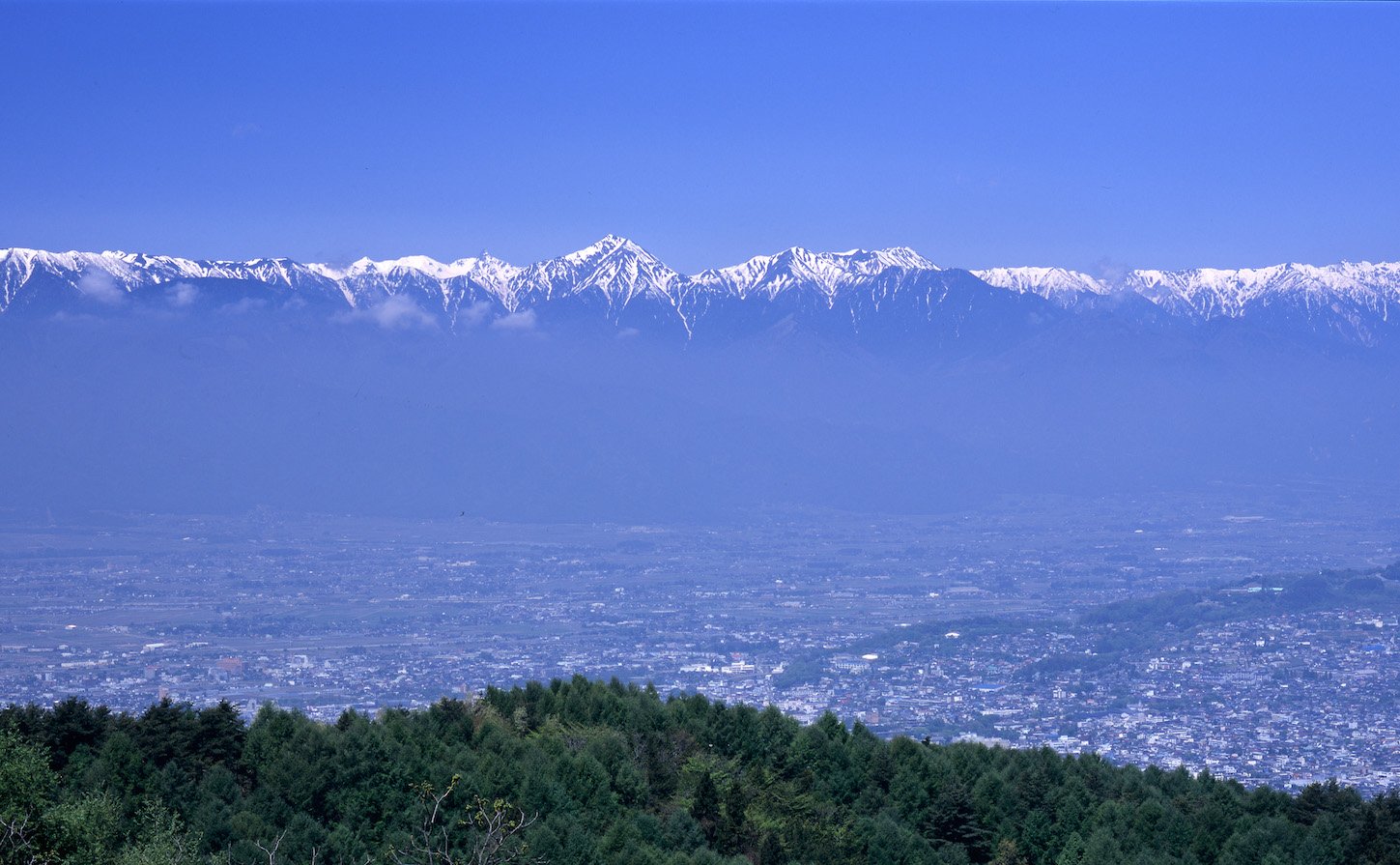 When English archaeologist William Gowland coined the term “Japanese Alps” in the late 1800s, he was originally referring to the Hida Mountains, now commonly known as the Northern Alps. Here on the Toyama- Nagano- Gifu borders is one of Japan’s first national parks – Chubusangaku National Park. The park is expansive and protects most of the Northern Alps, including 10 of Japan’s 21 mountains that are over 3,000m.

The History of Japan’s Northern Alps

Formed some 2 to 5 million years ago in the Pliocene period and then carved by glaciers and erosion, these mountains have many jagged peaks and steep slopes. The Hida Mountains have fascinated people for centuries, with archeological evidence suggesting that human interaction with the mountains goes back to the Jomon Era (14,000–300 BCE).

In 1828 a Japanese Buddhist priest named Banryu made a spiritual journey to the peak of Mount Hotaka, and in 1878 Gowland conquered the same mountain and it was here that he was inspired to derive the name of the Japanese Alps, which was later popularized by Reverend Walter Weston. The Japanese government established the national park in 1934 and ever since it has been a popular destination for mountain lovers.

For mountain climbers and casual hikers a network of extensive trails runs throughout some of Japan’s most dynamic mountains. The climbing season mainly runs from July to October. The trails themselves are labeled using the letters A to E, with A being the most gentle and E being the most physically challenging. Depending on what style of hiking you desire, there is a trail for you. Just make sure you have the right gear.

One great area of the park, located in central Nagano, is Kamikochi. It is also one of the most scenic regions of Nagano. The iconic mountain at the entrance is the volcano Yakedake (2,455m). Smoke still bellows from the summit and its most recent eruption was in 1915.

Notable Mountains of the Northern Alps

Yarigadake is considered the Matterhorn of Japan due to its pyramid peak. Hotaka is actually a range so there are numerous high peaks within that mountain. While those are some of the major mountains within the area and popular among diehard mountain climbers, some less strenuous mountains, like Mount Tsubakuro (2,763m), are better for beginners.

Where to Stay in the Northern Alps

Along with those mountains, the Kamikochi area seems to have mountain after mountain so you can easily spend days or weeks hiking and climbing on the endless stretch of trails. If you want to do an extensive hike, be sure to fill out a hiking plan at the Kamikochi Visitor Center and leave it with the authorities.

Furthermore, there are huts and lodgings along many trails. Many themselves have a hundred year history and have been managed by the same family for several generations.  If you prefer more of a natural experience, camping is also a possibility as tent sites abound too.

Hiking in the Norikura Highlands

Another great area is the Norikura Highlands that houses Mount Norikura (3,026m), which is Japan’s 19th highest mountain. The Norikura Highlands are in the southwest corner of the park on the Gifu border. The mountain’s name means “riding saddle” because it is shaped like a saddle.

Starting with Mount Mao, which takes 15 minutes to climb, all the way to the classic three-hour round trip to Kengamine, the highest peak on the mountain chain, a hiker can choose the length they desire. The starting point for all the hikes on Norikura begins at Tatamidaira Bus Stop, which is the highest bus stop in Japan (2,702m). Norikura is one of the easiest mountains to conquer that is above 3,000 meters.

Because cars are not allowed into most areas of Chubusangaku National Park, the natural environment is pristine. Buses or taxis can take you to the places from which you can interact with the nature by foot.

The Norikura Highlands are known for wildflowers, and the Alpine Wildflower Field at the Tatamidaira Bus Terminal makes for a nice stroll. In Kamikochi, Mount Karasawa (3,110m and the eighth highest in Japan) is famous for spectacular fall foliage. A parasitic plant, called yadorigi, can often be seen throughout tree tops in the park.

Nature alone should be enough of a reason to visit the Northern Alps. Add in the vast hiking and mountain climbing possibilities, what else could make for a better adventure? It will not take long to realize why this area is the birthplace of the Japanese Alps. Like the Reverend Weston, you will want to spread the word about the many adventures the mountains leave with you.

From Matsumoto Station there are two options. One is to transfer to a bus at the bus station across the street from Matsumoto Bus Terminal. For Kamikochi take the National Park Liner for about an hour and half (¥2,570). The bus requires a reservation and there are only two that leave in the morning. For Norikura from Matsumoto it takes two hours (¥1,850 yen).

The second option is to go by local train 30 minutes (¥710) from Matsumoto Station to Shin Shima Shima train station. From there, transfer to a bus either heading towards Norikura or Kamikochi. For Norikura, take one bus to the Norikura Visitor Center (one hour) and then transfer to another bus to Tatamidaira Station (50 minutes) – total cost is ¥3,000. The bus to Kamikochi takes about one hour and costs ¥2,000.