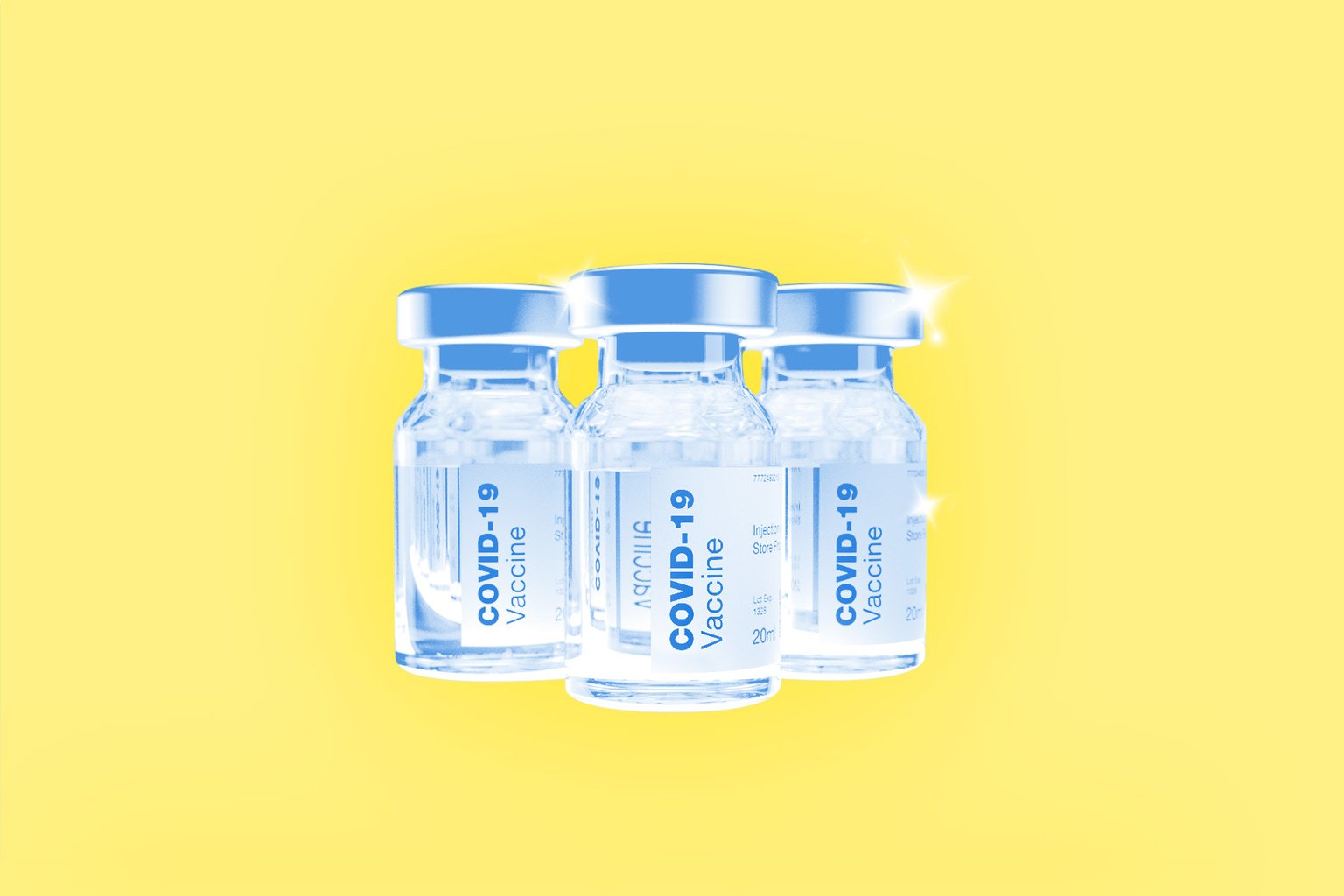 Vaccinations in Japan: A Remarkable Turnaround

Having spent the past few months freely lamenting the patent lack of expediency in Japan’s vaccine campaign, it’s time to give credit where indeed it is due. The turnaround has been quite remarkable. At the start of June, Japan had fully vaccinated fewer than 3 percent of the population. By the end of the same month, that number has climbed north of 10 percent. When you remember the initial stuttering rollout started with healthcare professionals way back in February, it puts into context the drastic hastening of the recent push for vaccination in Japan.

As recently as May, the Moderna and AstraZeneca approvals were suspended in a protracting limbo. The elderly, meanwhile, were scrambling across municipal borders to get on the first-come-first-serve rosters. Prime Minister Yoshihide Suga’s vow to administer one million shots daily seemed a fanciful target. It’s the sort of assertion one makes with a sloshing beer in one hand while slamming the table with the other. But now, in a Rocky Balboa-esque comeback, Japan has surpassed that formidable number. It remains to be seen whether all 36 million of the elderly population will be fully immunized by the end of July – one week into the controversy-riddled Olympics. But the fact that we’re even considering that as a possibility is noteworthy. It’s also helped the Suga administration regain some public confidence after a stumbling nine months in charge.

An infographic from Our World in Data best exemplifies the recent vaccine surge. Where other developed nations are plateauing or continuing along steady ascents, Japan’s initially beleaguered curve looks as though it hit a billowing updraft at the end of May. Japan will need to maintain this exponential rollout if it’s to catch up with Covid-19 vaccine leaders like the UK, Canada and Israel.

According to our count at @OurWorldInData 3 billion vaccine doses have now been administered.

We keep counting vaccinations around the world at: https://t.co/cMpTPaMZFr pic.twitter.com/ks5frS1RKT

One of the major contributing factors for Japan was the admission of emergency medical personnel, clinical technicians, nurses and dentists to the list of professionals who could administer the vaccine. Japan also rolled out the AstraZeneca and Moderna shots in late May, adding to the Pfizer vaccine which had been circulating for months. In the meantime, Suga’s taken a no-excuses stance towards Japan’s 1,741 municipalities. He recently set a new target of vaccinating all residents (who wish to receive a shot) by the end of November. In doing so, he has heaped pressure on local authorities to carry out the task.

Vaccination centers have also begun to proliferate across the country. Venues for the much maligned Tokyo 2020 Live Site Project have been repurposed. Mass immunization sites staffed by SDF personnel opened in Tokyo and Osaka with applicants from 18 to 64 years of age able to apply. Vaccine coupons for these sites and other locations are currently being distributed by ward offices.

Major companies across Japan have also been procuring shots for employees and contractors in the workplace. In a recent survey of 116 companies, covering at least 2 million members of the workforce, 97 percent said they had Covid-19 vaccination plans in place.

TW editorial team member Lisandra Moor, who recently got her first shot, was among those included in the program. The news was “a little bit surreal,” she says. “It honestly felt like it might take another three months before I could get a vaccine given my age [25] and where I live [Kanagawa].”

Moor received her vaccine in the workplace — a converted office space in Roppongi Hills’ Mori Tower. “To my surprise, the floor was pretty empty and I ended up getting my shot almost immediately after checking in,” she says of the experience. “Overall, it went really, really smoothly.” However, it’s worth noting a recent announcement. Taro Kono, Japan’s vaccine tzar, said that applications at workplaces were suspended as of Friday June 25, as most of the 50 million shots expected to arrive by September have been allocated. As of June 29, a senior official said that company applications will not resume. First-shot bookings for SDF sites have also been temporarily suspended until an unknown date. Furthermore, vaccine skepticism still runs deep in certain quarters of the country, which might slow the Covid-19 vaccination in Japan. But these minor caveats may not be enough to stoke concerns, especially if the most at-risk groups are largely inoculated and the number of hospital patients continues to dwindle.

Where to Get a Vaccine and Information

The spread of vaccine information has also been ramping up. The health ministry has included links on its website to inoculation sites across Japan – though most are still reserved for 65s and over. Ward offices have been tasked with disseminating this information.

LaShawn Toyoda, a Tokyo-based resident, has compiled one of the most comprehensive databases to date. The website – Find a Doc – which she started as a small-scale community-driven project now contains information on 64 vaccination centers across Japan in 17 languages (at the time of writing). She learned to code during the pandemic and put her new skills to good use immediately.

We now have over 50 clinics with vaccine cancellation waiting lists in our community database! It’s also available in 17 languages thanks to some wonderful volunteer translators. Please keep sharing vaccine info on Find a Doc so we can stay up to date! ✨ pic.twitter.com/r9DBiWS6t6

“I noticed a lot of people were angry about the slow vaccine rollout in Japan and not being able to find out information about when or where they could get [one],” she says. Toyoda created the website in response to the outcry. When she woke up the following day it had amassed 50,000 reads on its first night.

Complicating matters, many vaccination centers forwent government orders by setting their own rules, says Toyoda. A clinic in Nakano received threats for opening the vaccine floodgates to all ages. Other clinics came under fire for not doing this quickly enough. Unfortunately, opportunists have also tried to capitalize on the demand. Toyoda has seen clinic websites with broken images, unapproved vaccines and phone numbers leading to nowhere.

“Look at the reviews, look at the history of the clinic, see if it’s legitimate before you submit your personal information,” she says. “Be careful, because there are scams going around right now. Even if the clinic is legitimate, the website might not be.”

The mad dash is somewhat understandable – these vaccines have been a long time coming. But they’re here and being rolled out at a significant rate of knots. Japan is playing a lead role in one of the pandemic’s great comeback stories. Let’s hope it lasts. Vaccine passports are expected to make an appearance in July, according to Chief Cabinet Secretary Katsunobu Kato. Japan will introduce these as physical documentation first, with digital copies considered at a later date (possibly via a smartphone app).

In practical terms, the vaccine passport will serve as proof of immunity against Covid-19. It will ostensibly mitigate against, or at least drastically reduce, quarantine times when traveling abroad. To this end, business groups in Japan and across much of the travel-reliant developed world, have been calling for vaccine passports for months.

For now, it’s unclear how a vaccine passport may be applied within Japan. Will it be an entry requirement for concert venues, stadiums, theaters and other mass gatherings? Given that vaccines are not compulsory, such uses would raise a raft of ethical questions. That said, Japan has been fairly reluctant to impose overly draconian restrictions or digital tracking techniques throughout the pandemic (inbound Olympic journalists notwithstanding). This provides a degree of reassurance that such prohibitions most likely won’t be implemented.