For our latest entry, we present a set of visual poems (sometimes called concrete poetry or calligrammes) that blur the lines between poetry and visual art. Playing with words as one plays with paper to create origami, hence the book title Wordigami, these haiku and tanka inspired poems take on the shape of the kanji they are centred around. The poems are taken from Zoria Petkoska’s poetry book Wordigami and showcased alongside their translated versions, translated to Japanese by Maria Chalukova. The kanji poems have a reading order which follows the stroke order when you write the kanji character. The author has encouraged readers to read out of this order too, as new meanings may come out. Besides the order, placement of words is also crucial, as words like ‘hanging’ and ‘fall’ appear in the bottom part of the poem. 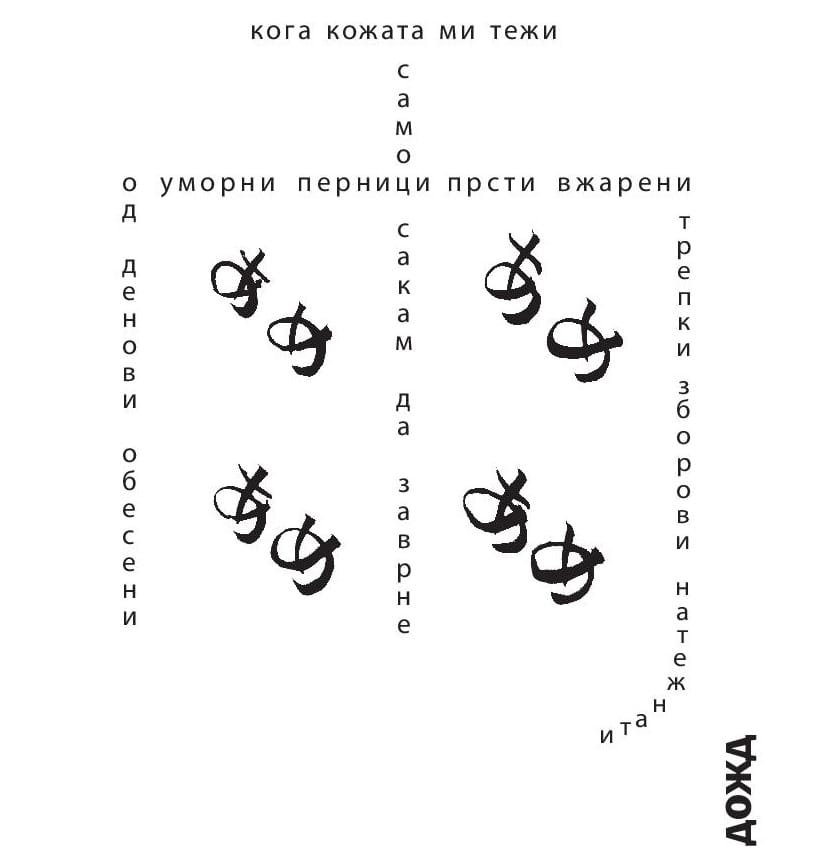 Zoria Petkoska Kalajdjieva (occasionally publishing under the name Zoria April), is a poet, translator and journalist. She has published two poetry books – children’s poetry book Stars and Sparks of a Dream (2000) and visual poetry book Wordigami (2015). Other poems have appeared in poetry magazines and anthologies in several languages and countries, most recently in Tokyo Poetry Journal, Voice & Verse Magazine (Hong Kong), and Infinity’s Kitchen (USA).

Zoria specializes in visual poetry, as well as diving into and (self)defining cyberpunk poetry. When she’s not creating poems using only commas or photos, she also writes short stories, travelogues, etc.