When you need a breath of fresh air, head north to the open spaces of Aomori Prefecture

Nature enthusiasts in Japan have a special place in their hearts for the northern region of Tohoku, whether they prefer untouched beaches or high-altitude hiking trails. At the very tip of Japan’s main island of Honshu, just across the waters from Hokkaido is Aomori Prefecture. A top producer of Japanese apples and sake, Aomori is best enjoyed in the summer and fall, where its lush nature really comes through in all its beauty. To help you plan your getaway, here are five off-the-beaten-path spots to see the prefecture’s amazing natural assets. Cape Oma is located at the northernmost point of Honshu, within the Shimokita Hanto Quasi-National Park. This stretch of land is only 18 kilometers from the most southern shores of Hokkaido. One of the cape’s main attractions is the Oma Cape Lighthouse, which is listed as one of the 50 most beautiful lighthouses of Japan – and that is not an easy cut to make. The current building is a second-generation structure that was rebuilt after collapsing in the 1952 Hokkaido Earthquake.

What else is there to do along the water? Take a long walk away from crowds and take in a nearly untouched corner of Tohoku. Heading there on a clear day will also increase your chances of seeing Mount Hakodate in the distance. 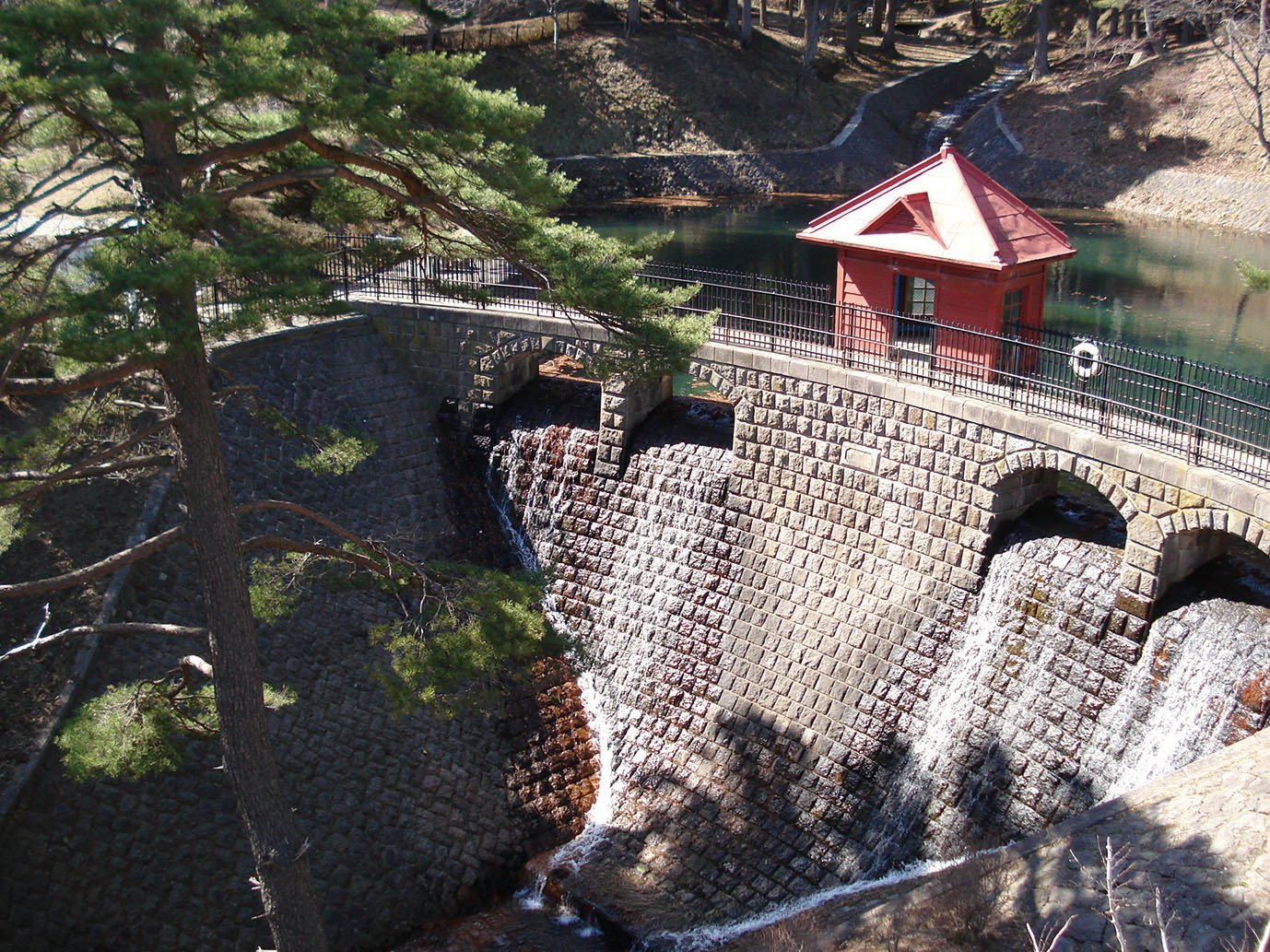 Suigenchi Park is a green space in Mutsu city. It is a popular spot in the spring, where many flowers bloom to give the park a vibrant range of colors. Walk along the paths and reconnect with nature, and while you’re making rounds, make sure to pass by the former Ominato water supply source facility, which was built in the early 20th century. Suigenchi Park is home to several cafés and restaurants to rest and replenish. If the weather permits, go up to the observation deck for a view of Mutsu Bay before heading to your next destination. If you’re looking for a wild but rocky landscape, look no further than the Hotokegaura rock formations. Designated as an Aomori Prefecture national monument back in 1934, and later as a Japanese natural monument in 1941, these formations were made from volcanic tuff that is said to date to more than 20 million years ago. Over the centuries, the tides eroded the rock little by little to give them their current asymmetrical shapes.

The Hotokegaura rock formations are also part of the popular Mount Osore pilgrimage that is unique to the Shimokita Peninsula area. Following the steps of devoted monks is a great alternative travel tip in Japan, as it will often bring you the country’s often-neglected gems. In the case of Mount Osore, which is said to have been a direct path to the afterlife, this includes a beautiful Japanese bridge crossing Sanzu no Kawa, Buddhist statues and monuments surrounded by nature –and nothing but nature– and more. A hotel might not be the first thing that comes to mind when you think of “exploring nature” but Hotel Tappi is one of the few places in Aomori where you can experience Japan’s relaxing hot springs while being right on the ocean. Detox your body while taking in the view of Tsugaru Strait. For an extra special experience, schedule your bathing time to match that of the sunset. If you aren’t too fond of baths, there are other rest areas throughout the hotel where you can enjoy the view. The hotel also has a restaurant with local delicacies and meals for those wanting to taste local cuisine. The most convenient way to travel Tohoku is by car or bus, and a great way to see natural Aomori Prefecture. The Japan National Route 339 is a popular highway but it is particularly special in Aomori, where it becomes a set of stone stairs when you reach Cape Tappi. The story behind this unique road is simple: Because a normal road would be too steep and narrow, the national government kept them as a part of the proposed highway. Part of Cape Tappi is part of the Tsugaru Quasi-National Park and marks the western limit of the Tsugaru Strait, separating it from the Sea of Japan.

Make your Japan travel plans easy and efficient by booking a JR Bus Tohoku sightseeing bus tour. Offering a handful of tours in the region of Tohoku, you can make the most of your time in northern prefectures, including Iwate and Aomori.

Travelers can choose from two courses exploring these off-the-beaten-path nature sports in northern Aomori, starting at ¥4,000 per person. Each course is designed to make the most of a day in the area, all while giving participants time to enjoy their days in Aomori. It is a great addition to any trip in Tohoku. For more information, visit the Japan Bus Online website here.