An Urban Redevelopment “Unlike Anything Ever Seen in Tokyo”

A new update on the Toranomon-Azabudai Project lets our imaginations run wild, from Japan's largest spa to quaint vegetable gardens

An exciting addition to a much-anticipated project has recently been announced. Mori Building, the leading urban landscape developer, will partner with Aman Resorts to create Aman Residences, Tokyo and the very first Janu Hotel in Japan.

You may have heard of Mori Building before, the name behind such well-known high-rise developments as ARK Hills, Roppongi Hills and Toranomon Hills. Well, a new ‘Hills’ is on its way, and it’s looking to be the most elaborate one yet; the “Hills of the future.” Its placeholder name, the Toranomon-Azabudai Project, is set to be completed in 2023 and will transform 81,000m² of central Tokyo into an eco-friendly communal hub surrounded by 2.4 hectares of lush greenery. 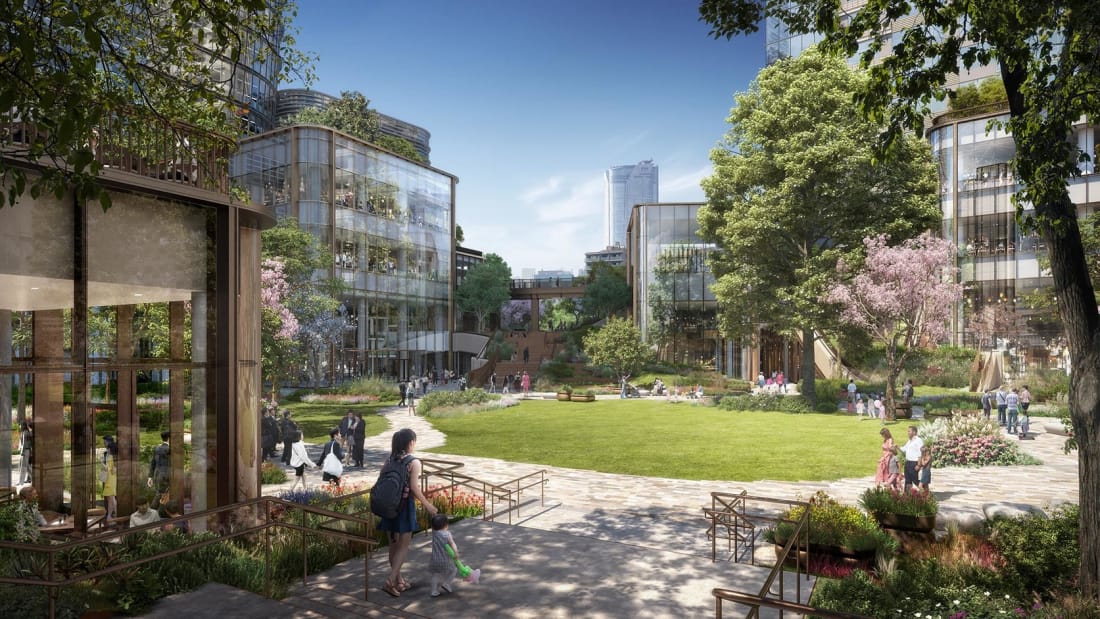 Janu, meaning soul in Sanskrit, is a sister brand to the already well-loved luxury Aman hotels. The upcoming Janu hotel aims to deliver an unrivalled experience in relaxation, cleansing and renewing the soul. It doesn’t hurt that they’ll have Japan’s largest spa at 3,500m² too. As well as the spa and fitness center, the 13 floors will also include six restaurants and 120 opulent rooms with equally attractive views. All designed by Jean-Michel Gathy, the world’s connoisseur of extravagant hotels. Imagine living in a luxury hotel in heart of Tokyo, it’s now possible with Aman Residences. Living on the top ten floors of the 330-meter A District Tower, you can receive the hospitality of a hotel but with the exclusivity of your own place (see the residents-only Aman spa.) Aman Resorts CEO, Vladislav Doronin, states it will be “a permanent sanctuary for owners.” Pelli Clarke Pelli Architects, known for many designer apartments and hotels throughout Japan, have designed this magnificent tower, and the interior has been expertly conceived by Yabu Pushelberg. The hotel, residences, recreational areas and offices will seamlessly connect in the middle of Tokyo’s Minato district with people’s lives being at the center. Food markets, vegetable gardens and a central square will become meeting points for the neighborhood. All designed to benefit the visitor, resident or worker. The project has a commitment to the environment that will last a lifetime. In its inception, it was decided to find a location where three high-rise buildings could fit harmoniously with existing nature. This went against the norm, where concrete tends to trump plant life. The entire area will also be supplied with electricity from renewable sources with an extended promise to find low-carbon solutions and ways to preserve biodiversity in our cities.

25-35 million visitors, 20,000 office workers and 3,500 residents will eventually make their way through this sprawling urban oasis. As Shingo Tsuji, CEO of Mori Building, says the new development will “ provide a world-leading residential environment and hotel unlike anything ever seen in Tokyo, where people will achieve harmony with nature as well as connect with and inspire others through creativity.”