French-born Tokyo resident Jean Freund has turned a personal illustration project into a charming travel book mixing stylistic inspiration from the East and West. Bon Voyage Japan is an anthology of Freund’s illustrated travel posters inspired by his personal adventures alongside calligraphic works based on the goshuin (hand-written seals) collected at temples. The book, which contains both English and French text, was successfully crowdfunded in less than a week, eventually reaching over three times its original goal. As the current era keeps our global travel plans uncertain, returning to the legacy of exploring unknown lands through art and literature could indeed be the next best thing. We caught up with Freund to hear more about the book and his life and voyages in Japan. What brought you to Japan?

I grew up in Alsace, France, in a German-French bilingual culture, which gave me a passion for foreign languages very early on. What started as a recreational thing in high school soon turned into a serious practice and after a degree from university I moved here. That was 11 years ago. My initial goal was to become fluent in Japanese, after I reached it I decided I wanted to illustrate my life, my experiences, my memories and try to make a living out of it.

How important is creating art to you?

Holding a pen has always felt natural for me. My grandfather, who I inherited my drawing skills from, invited me to have my first illustration published in one of his book of poems when I was 10, that was my first commission. I also play various instruments, and drawing, as much as music, is like a tool to translate feelings and emotions. This is why I often see my artworks as souvenirs and memories of my own life. It’s also a form of personal meditation. The fun part about making art is that I do not always know what the result will be and I discover it as I am creating. A basic idea can take me far away, like a small journey. I feel blessed to be able to illustrate or compose the soundtrack of my life.

How did the Bon Voyage Japan project begin?

The initial purpose of my posters was to keep memories of my travels or my everyday life. When I understood there was an interest in them from foreigners visiting Japan I decided to release them as postcards and posters. I knew at some point I should make a book that could act as a tribute to Japan. I wanted people to (re)discover Japan in a different way through my own interpretations. I’ve heard people say that my visuals reminded them of their travels, it’s interesting to see how my own memories can actually become someone else’s. Can you tell us more about choosing to include your calligraphy in the book?

A few years ago I did the Shikoku pilgrimage where each day is about walking hours from one temple to another and collect these beautiful goshuin in a dedicated book. Because I am a foreigner living and drawing in Japan, I wanted my book to be intercultural too. When you discover this book, page after page you are actually on a journey, the goshuin let you do that in a very Japanese way. I can write kanji but when it comes to drawing with a brush it is a whole different level. I eventually decided to do all the calligraphy myself. They don’t need to be perfect, they have to respect the brush stroke order and be done with a certain style, that’s what matters I think.

Where do you find your inspiration?

Traveling and intersections of culture are a big source of inspiration. When drawing elements from a foreign culture I end up learning a lot. Sometimes I will see an action on the street that will inspire me … or when eating a dish I ask myself how I would draw it. I often ask myself, “What will the viewer see?” Written Japanese is a great influence because of kanji, which are themselves drawings with a meaning. I really enjoy taking a brush and practicing. In terms of artists, I admire the work of Kawase Hasui for his series on Japan, Laurent Durieux for his state-of-the-art movie posters and Tomi Ungerer for his various styles, simple in appearance but actually holding very powerful messages.

Where are some of your favorite places from your travels in Japan?

The Kiso Valley really was a memorable experience. You can do great hikes from one village to another following the Nakasendo. The Ohenro pilgrimage on Shikoku island is also a recommendation if you like walking. Along the road you will go through forests, mountains, orchards, cliffs, beaches … you just need to be ready to walk five hours a day. I also traveled several times by ferry. The journey from Osaka to Shanghai through the Setonaikai sea was absolutely fantastic, I definitely recommend it. 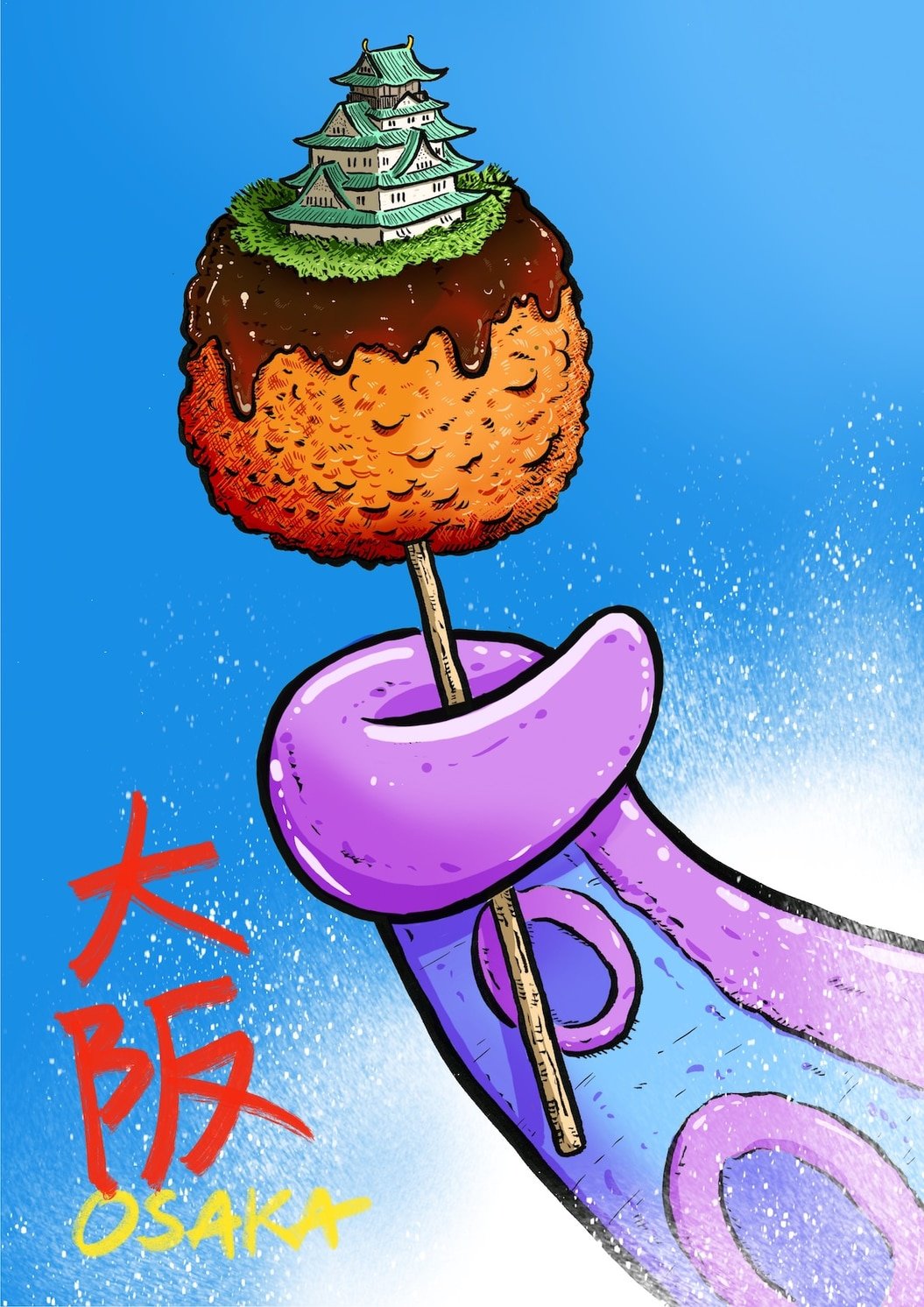 Do you have any advice for people traveling in Japan for the first time?

When visiting Tokyo for example, try and discover the city without the metro, by bicycle or on foot to see what is behind the main attractions and tourist spots. It’s amazing how suddenly you can go from super busy and crowded places to quiet neighborhoods almost similar to a village. If you like to draw, try some Japanese items such as fude pen (brush pen) and washi paper, and maybe try to copy some Japanese language—you will immediately understand both the complexity and the beauty of it. If you carry a notebook, many train or metro stations have their own logo that you can stamp yourself and collect. If you want to get your own goshuin, there are many temples who offer this service, you can actually watch the person drawing it in front of you.

What are your thoughts on the future of international travel?

With the pandemic, I think many people were forced to reschedule their travels but it is not necessarily a bad thing. If we are forced to travel less it means we will have to carefully select were we want to go. Taking a plane and going somewhere has become so easy that you lose this ‘voyage’ dimension. If you must stay local you can have plenty of great experiences even close to your home. So if you are grounded, now is the time to reinvent the way you travel. And of course books will take you to far away countries and imaginary places too.

What are you working on at the moment?

I am now working on a collaborative project that I think a lot of people will enjoy. The Bon Voyage series is also expected to expand to other destinations. China is already in the making and my trip on the Trans-Siberian railway should also turn into a book at some point. In a few years I want my collection to offer a large choice of destinations and be a reference for anyone who wants to discover the world through my pen and brushstrokes.

Bon Voyage Japan by Jean Freund is available online at www.lestudiobon.com for ¥2,500 plus tax. 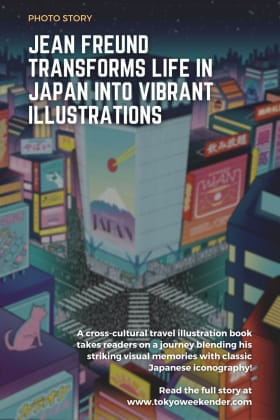