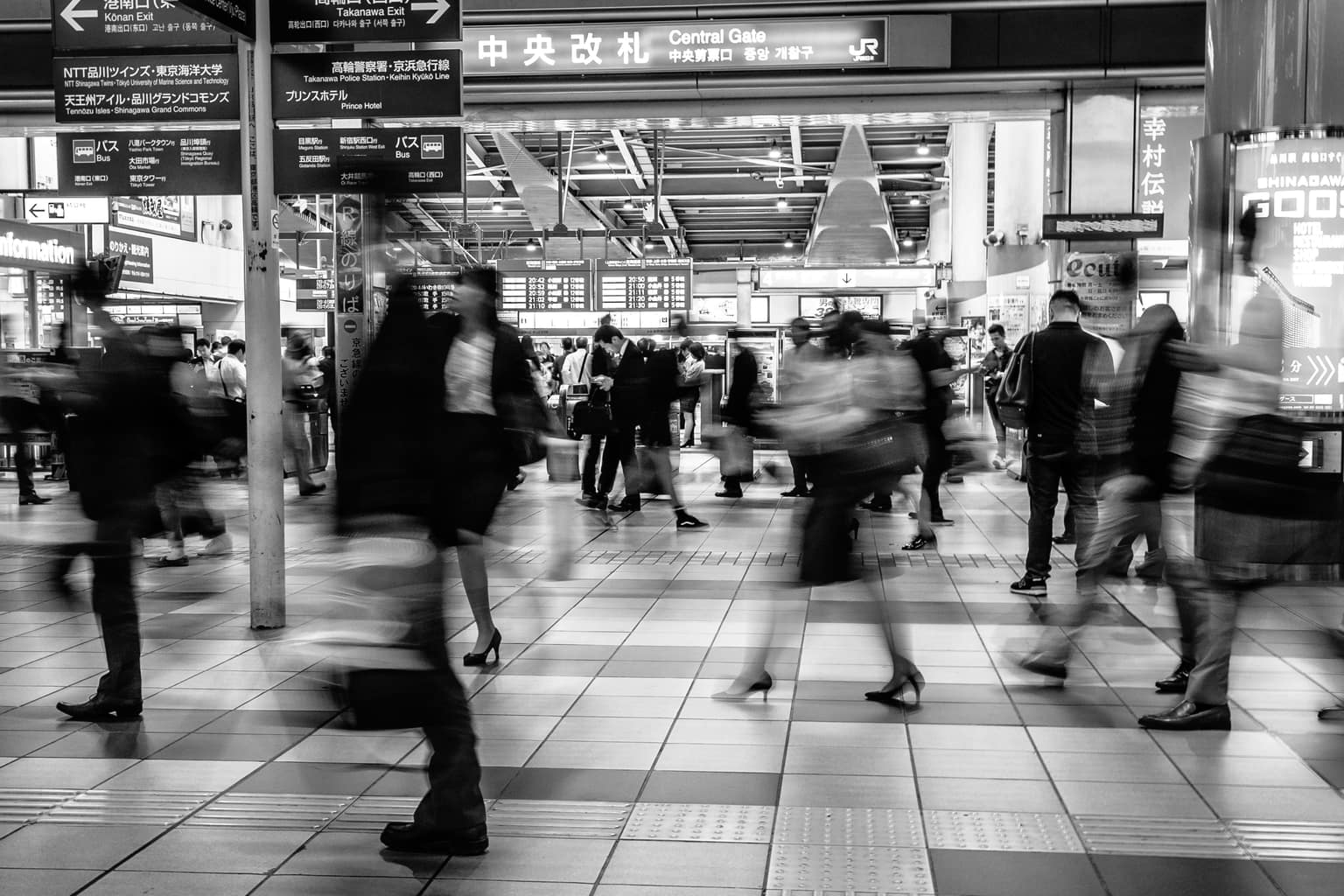 5 Things I’ve Discovered, Struggled With and Learned From Japan After Returning ‘Home’ From Hawaii

Five years after returning home from Hawaii, I’m still learning to be Japanese 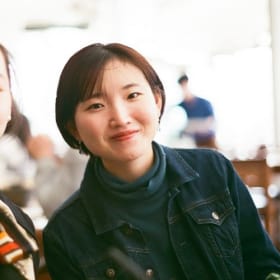 Being Japanese and growing up in Hawaii, I’d like to think that I’ve developed my unique view on these two very different places and cultures. Spending close to a decade in a foreign country had turned me into a person who cannot be identified by race, culture, country of birth, or any other single category.

I found out about us moving to Hawaii shortly before my family embarked on the new journey. My parents — the owners of a ramen franchise — decided we were moving to Hawaii in a blink. A few weeks later, I was saying goodbye to my friends, moving to another, unknown for a kid of my age place, far, far away from home. The transition was a shock and it took me years to adjust. Yet, the first few horrible years turned out to be the beginning of the best experiences I could ever have — beach hangouts, hula lessons, discovering my strong passion for music, and life-long relationships. More than anything, I’ve found self-confidence and self-love in a culture that values individuality and personality.

“I was a smart, hard-working student of an ‘elite’ class university in many people’s eyes”

As the last years of high school approached, however, I hit the hard realization that not being a U.S. citizen limited my future possibilities. My parents couldn’t afford to pay international college tuition, and so by the end of high school, I left behind my dream to continue playing music, my closest friends (again), and my two-month relationship with my high school boyfriend, who was also one of my best friends.

As much as I was sad to leave everything that I had, I was also very excited for the big city life I had, by then, completely forgotten. In the summer of 2015, at the age of 18, I was back again, at the start of my journey of reintegrating into Japanese society. In the last five years, I have been both a “foreign” observer, a Japanese kid and a person who is continually struggling to define which of the two I most belong to. I’m still learning, but I have realized that seeing things in perspective and staying observant has helped me adjust in the process of getting to know what it means to live in this country — and be Japanese.

In a bid to share my experience with anyone who may be going through the same, I’ve put together a list of several of the main things that I’ve rediscovered, struggled with and learned from about life in my home country after coming back.

Fighting for my own space

The first thing I rediscovered about life in Tokyo was the impossible number of people who walk through train stations and squeeze into rush-hour trains. I was both stressed and amazed at the zero space people have on public transportation. Sometimes, I thought that my spinal cord would snap backward from bending in a weird angle. I was even more amazed that no one was apologizing to others ― there were only physical pushing and glares at one another. This made me feel immensely uncomfortable and drained, as it felt like no one cared for one another in the city. After five years, I’ve learned to fight for my own space on the train, too — while not forgetting an occasional “excuse me” (it never hurts to say something, even if no one hears it).

If you live in Japan, you may know what kuuki-wo yomu or “reading the air” means. It’s not an expression typically used in English, but it’s a social skill to make sure you do and say the right things at the right timing. If you can do this, you’re one step closer to being well-adjusted in Japanese society.

They’re “unspoken” rules because you’re supposed to sense and put thought into others’ feelings without being too direct. This was a difficult one for me since I always preferred a more honest, straightforward relationship. To this day, forming closer relationships with others in Japan while staying true to my rather blunt and awkward personality is still difficult.

The value of “kikoku-shijo” and internationality in Japan

I thought I knew what it meant to be a kikoku-shijo in Japan, but the reality of it was way more overwhelming and challenging than I expected. Kikoku-shijo implies that you’ve lived in a different country for a significant amount of time (usually at a young age) and currently live in Japan. They’re mostly multilingual, culturally diverse, and well-educated. Not every kikoku-shijo is the same, but there’s a universal assumption in Japan that it’s a type of status that we should be proud of. It gives you better job opportunities, better social image, and, well, even popularity.

“The things I love and appreciate about Japan have increased, but so did the number of things I wish I didn’t notice as much.”

For me, this status brought a kind of new self-awareness that started to take off on its own. I was a smart, hard-working student of an “elite” class university in many people’s eyes, someone in a completely different league from the ordinary Japanese person. This felt strange, as I didn’t feel like any of these things. I didn’t receive very high grades in school, I didn’t like studying, I can’t read or write well in Japanese despite being Japanese, and I grew up on a small island called Oahu where playing music and going to the beach with my friends was almost everything we lived for. Still, being fluent in English proves to be of very high value over many other skills in Japan, so it’s something worth putting out there and using it for your own advantage — even if you don’t think you perfectly fit the image.

The meaning of having four seasons

I rediscovered the importance of seasons throughout the year in Japan. Growing up in Hawaii, I always liked being able to wear shorts and slippers all year, but the beauty of seasonal foods and unforgettable memories that come and go with each season in Japan is an experience like no other. Japan puts a lot of emphasis on seasons: scenery, cooking, fashion, and song lyrics that describe experiences based on the time of the year. Every scorching hot summer, I long for the cooler months to come, only to wish for spring to arrive when the weather is freezing in January. Never have I appreciated the warm sunlight of early April than after the first winter I’ve experienced back in Japan. At first I hated it, but eventually realized that the changing seasons and lifestyles allow you to look forward to every year’s experience with greater appreciation. In this way, I enjoy every seasonal food, fashion, holidays and memories with a renewed appreciation each year.

Humble and tough in nature

Many Japanese people are incredibly tough and hard-working. This doesn’t mean that non-Japanese people are not hard-working, but the self-sacrificing culture of Japan seems to make its citizens especially tough. Friends and colleagues who seem to have it tough in life go through their days and talk about their difficulties without complaining or whining. They laugh and make fun of their own struggles.

In the first year of university in Japan, I joined the school orchestra. The group was pretty strict in rules and practice days, and we were required to give up on studying abroad and possibly other academic activities. I ended up quitting the group (I just couldn’t deal with all the restrictions), but many members were able to simply accept the situation and give up on their plans, like studying abroad for their career goals. I realized that this gave everyone a sense of shared emotions and sacrifice for the team, which I couldn’t relate to. Personally, I feel that it’s completely fine to put yourself first in some situations and depend on our friends and family for support — however, at the same time, I’ll always feel a sense of respect and awe for the self-sacrificing and extremely patient attitude of some of the people I meet in Japan.

As someone born in this country, I thought that I knew what to expect on my return to Tokyo. But even after five years here, there is so much more to rediscover and learn. I see Japan is constantly changing, and it will keep changing as I experience more. When you live in different countries, or even different areas within a country, you start to notice things that never stood out before. The things I love and appreciate about Japan and its culture has increased, but so did the number of things I wish I didn’t notice as much.

For now, I’ve decided to appreciate the fact that I can see Japan’s changing seasons as exceptionally beautiful, and not let pushy people on trains get in the way of the possibility of having a great day.

Featured image by by Karen Lau on Unsplash