The streets of Tokyo will be subdued this Halloween so the TW Live House Halloween Special takes the party online with Japanese post-rock band te', Josiah Hawley, Uami, Roth Bart Baron and many more Halloween is our favorite holiday in Japan (with Respect the Elderly Day a close second) so when we found out Halloween fell on a Saturday during this cursed year of 2020 we knew we had to throw a Halloween bash to remember for the October episode of TW Live House.

Once again our favorite Japan-based performing artists recorded songs at their home for us to share with the TW audience staying at home on a Saturday night. Plus we have a celebrity bug snack taste challenge that will make your skin crawl – and your heart swoon. Here is the lineup of the unusual suspects for the TW Live House Halloween Special. Trick or treat!

Rhyming Gaijin arrived in Japan 12 years ago via Philadelphia. Teaching English in the day and making music at night, he is a mainstay in Tokyo’s underground hip hop scene. A prolific freestyler, Rhyming is known for his ability to make rhymes on the spot about any topic. To raise money after 3.11 he freestyled for over 13 hours to beat the World Guinness Book of records for longest freestyle. This January he completed a 365-day rap challenge. Santa Dharma is a Tokyo-based husband-wife experimental pop band. They meld toy synthesizers, fuzzy strings, drum machines and dreamy accents to create lo-fi, ethereal music that resurrects a retro future. Santa Dharma has a home music studio where they host small live shows and livestream them online. The name of their band combines the founder of Zen Buddhism, Boddhidharma with Holly’s birthplace California (where cities are often named “San” or “Santa” something). They are currently working in their home recording studio on their first full-length album, which will be released in November. Roth Bart Baron is a Japanese indie folk band started in 2008 by singer-songwriter Masaya Mifune. Masaya independently released RBB’s debut album, The Ice Age, in July 2014, most of which was recorded at Miner Street Recordings in Philadelphia, with Brian McTear (Kurt Vile, the War on Drugs) as co-producer and mixing engineer Jonathan Low (The National, Sufjan Stevens). In 2015, the band recorded at Montreal Hotel 2 Tango studio to produce their second album Atom. The following year, Roth Bart Baron performed at Fuji Rock and Summer Sonic. They released their fourth album, The Name Of The Beasts, in 2019 to considerable critical acclaim. Upon release, the band was awarded the Japanese Apple Vinegar Music Award for the best new artist of the year in 2020. Roth Bart Baron’s fifth album is set to be released on October 28.

Keep up-to-date with the band on Instagram at @rothbartbaron American pop and soul singer with an edge, Josiah Hawley celebrated the release of his first single, Gonna Let You Go, in fall 2019. The Arkansas native wrote and recorded the single with a friend in LA and finished producing and mixing it from Tokyo. It’s the song Hawley hopes will reintroduce fans to who he is as an artist after years of silence on the original music front following his appearance on NBC’s The Voice, where he was a top 10 finalist on Team Usher. This past September Hawley released his latest EP, I Just Want Your Love, which includes his latest single, “Gonna Let You Go.” 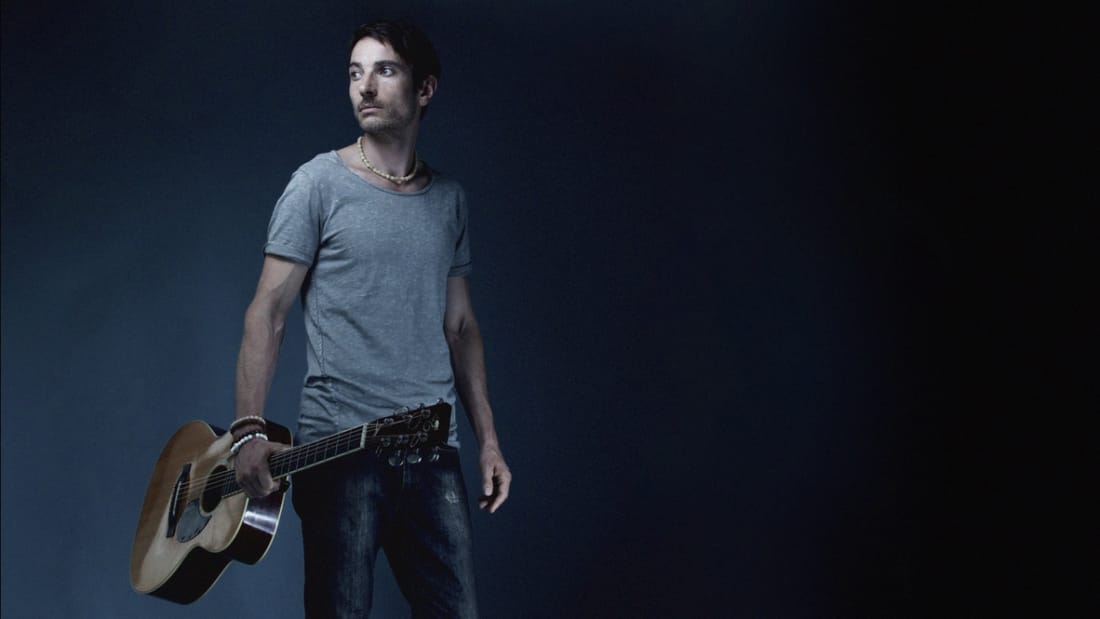 Andrew John Sloman started his music career in his native England before locating to India and then Japan. He formed the folk-rock group The Kave and gained notoriety in 2012 when a video of Sloman serenading stranded train passengers with his guitar during a typhoon went viral. Sloman released his solo album One and All in October 2019. In August 2020, he released his latest EP Yoakè on all streaming platforms. From Fukuoka Prefecture, Uami is a relative newcomer to the scene, releasing her first original song on SoundCloud in 2018. From 2019 she began a collaboration with honninman and also began her solo activities. This past September Uami released two new tracks recorded solely on an iPhone. As TW music critic Ed Cunningham writes, her “music sounds otherworldly, like it’s the remnants of records found in some isolated cavern of a far-flung planet. It’s enchanting and utterly fascinating.” Perfect for Halloween. Post-rock, instrumental band te’ celebrated 15 years with a non-guest performance live streamed earlier this month from Shinjuku Loft. Popular in the underground scene, the quartet are scary good at their instruments and each member is a respected arranger, composer and producer in their own right. Formed in Tokyo in 2004 and represented by indie-rock label Zankyo Record, té (also sometimes stylized as te’ or テ in Japanese) are known for their aggressive stage performances and impeccable skills. Residing in Tokyo, DOT.KAI is pushing the cross pollination of American and East Asian rap. Under the Japan-based net label dosing, DOT.KAI has released three projects in the last year – 20XX HATE (his first solo EP with dosing), the self-titled band EP Dreaming of Screaming and the dosing collaborative project, MACROdosing. The latter two, which include collaborations with well-known acts from Tokyo and Seoul, were well-received in Japan and South Korea’s trap scene. His joint EP released in May with rapper and producer Teddy Robinson titled Wet Feet saw Kai step away from his grittier and darker sonic palette to explore a dreamier pop-friendly sound.

While DJ’ing for Halloween parties over the years radio broadcaster Guy Perryman realized the dance floors needed more Happy Halloween music – he wrote it and here it is. Perryman is an award-winning British radio broadcaster, DJ, voice actor and events promoter who has been based in Tokyo since 1990. Since 1997 Guy has been a prominent radio voice in Tokyo on 76.1 Inter FM. “Happy Halloween” by Pumpkin Beings is a positive song and message for the spooky season – a brand new theatrical and celebratory Halloween pop song released for your stay home, stay safe Halloween party 2020. Pumpkin Beings features YURI, Endigo, Maya Fennec and Perryman all on vocals.