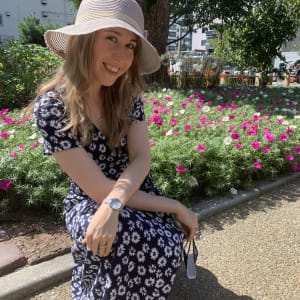 Although classes and seminars about the wonders of your child learning English are everywhere in Japan, the mostly monolingual environment can be a tricky one to navigate if you’re hoping for fluent bilingualism in your kid. As an international family living in Japan, we wanted our daughter’s Japanese to be great to help her fit in and thrive in Japan, but we also wanted her to have the option of using our mother tongue, English.

Fast forward to 2020 and now we have a beautiful and opinionated English-Japanese bilingual three-year-old daughter. Here’s what we did to make this happen. From Canada to Japan

I came to Japan from Montreal, Quebec, Canada. While it may seem strange to start an article about bilingualism in Japan with the exact location that I come from, in my family’s case, it was very influential. Montreal is the largest city in the province of Quebec, which is the only majority French-speaking province in mostly English Canada. Although there are public English schools in Quebec, only people fitting into very narrow restrictions can send their children there. The province’s bureaucracy is all in French and most jobs worth their salt require fluent bilingualism — spoken, reading, and most frustratingly for many people, written.

I learned both English and French simultaneously as a baby and toddler. By the time I reached kindergarten (ages 5-6 in Canada), I could read in both languages. There was never a time in my life where I didn’t feel very comfortable in my oral comprehension and reading of both languages. But, since beginning to learn Japanese intensively in my early twenties, my French speaking and writing has slipped, and Japanese has become my dominant second language. Despite this, however, my experience growing up in a place where everyone is expected to be (at least) bilingual will forever shape my view of raising children able to communicate in multiple languages. Indeed, when my daughter was born, when I was 28 years old, I knew that I wanted to move to Japan in the near future. So, I began speaking to her only in Japanese.

“At the local health office I was congratulated on her above-average language skills for her age… in Japanese.”

At first, it was odd to speak to my baby in what was very much my third language. But, soon, it became perfectly natural to do so and I trusted in the process of exposing her to the language, even with my sometimes awkward phrases or grammatical mistakes. And, when she started speaking, it was mostly baby-fied versions of Japanese words, like “ne” for “neko” [cat], “momo” for “kodomo” [children], etc. When we moved to Japan, in her second year, she understood Japanese and produced some words and set phrases, yet more of her short sentences came out in (surprise!) English. It seemed that the sentences she heard in the recent past in Canada, mostly from our lively lifestyle with many friends and family coming and going from our place, had seeped into her growing and changing brain. We were excited that both languages seemed off to a decent start. But, now that we were living in Japan, we wanted to make more concrete changes to help her adapt to her new environment. There were also changes in the language environment that we didn’t really choose. Rather, they came about as a natural extension of being here in Japan. Then, over the course of the first year, I noticed that her English was waning. And when we went to her Three-Year Check-Up at the local health office, I was congratulated on her above-average language skills for her age… in Japanese. In a way, I should not have been surprised. She’s not in kindergarten yet, but children are primed to mimic people around them. In her daily life here in Japan, everyone save for inside our family unit was using exclusively Japanese. So, we adjusted the balance of the languages slightly to help her with her English. I still spoke to her in Japanese, but I have started reading more books in English, pointing out the letters while I was reading. Although her hiragana reading is getting better every day, we’re also working on our ABCs. While she knows the original Japanese “Paprika” song by heart, we’re also singing the English one with her. And when she starts preschool next year, our strategies will change with her, depending on the language she will be using most often at school.

Now, her Japanese is certainly stronger, but her English comprehension is perfect and her fluency is slowly creeping up as well. But, as I know from the ups and downs of my own French and Japanese abilities, being able to communicate in multiple languages is a gift. Yet, like many of the finest presents, it is a gift that requires a certain amount of commitment and effort to keep in the best of shape. I only hope that I can share the joy of multilingualism with my daughter and the motivation to keep going, regardless of the linguistic environment and other pressures. And, who knows, maybe one day we can take French classes together too!

What means have you used to raise bilingual children? If you have any tips, please share with us in the comments below!