Where to go to discover the city's latest urban developments

In March, as cases of Covid-19 in Japan leaped, much of the city had to halt for a chance to flatten the curve and avoid an NYC-like catastrophe. Throughout April and May, most of the capital was working from home, vacating morning trains to a degree many had never seen before. Two months later, Tokyo slowly reopens with a consistent national average of new cases under 100 since early May. Phase two includes restaurants and shopping centers, and for us, the latest new developments that should have opened in the spring but pushed their opening date to June. 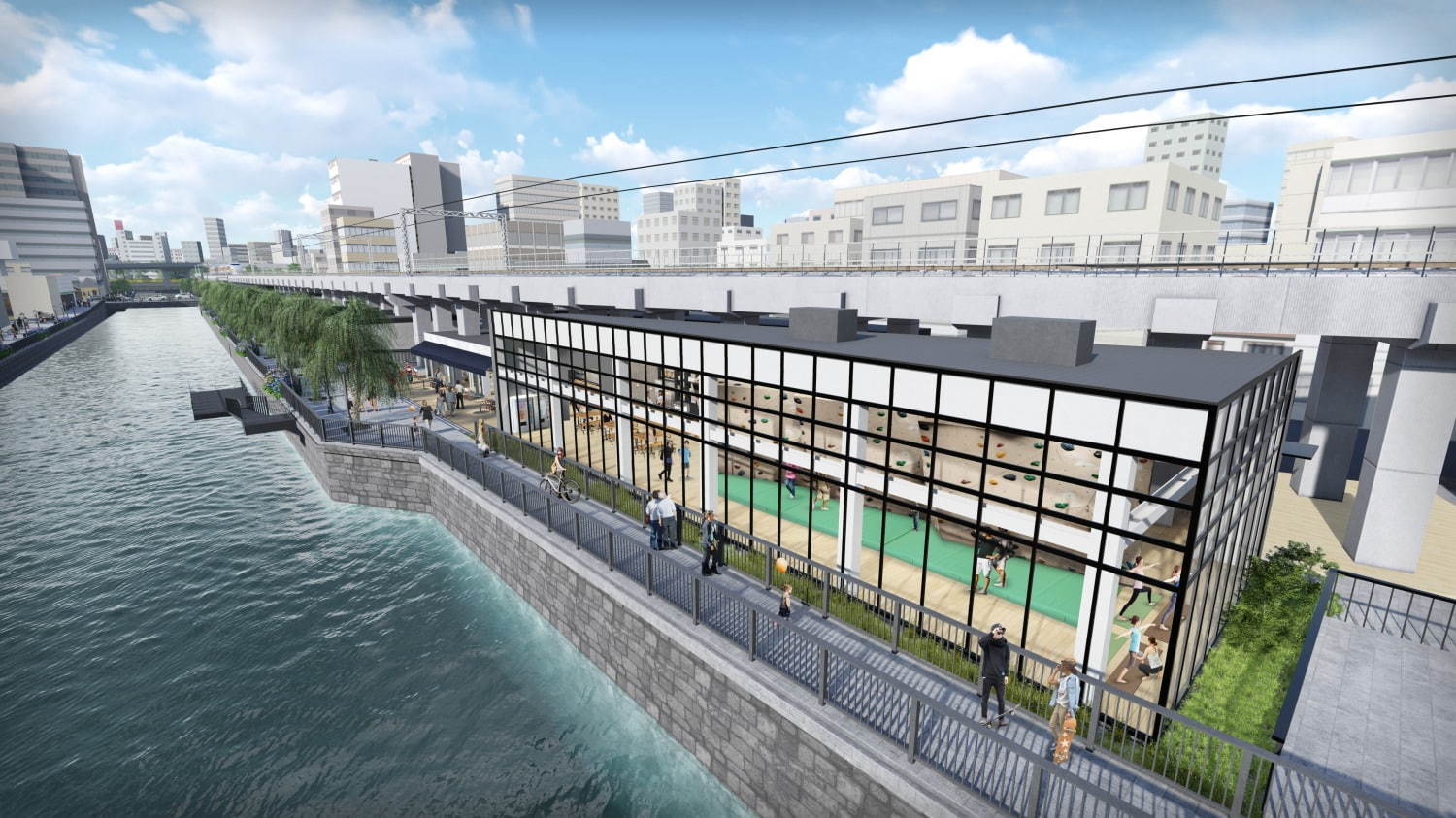 Tokyo Mizumachi is a pathway located between Asakusa Temple and Tokyo Skytree. With the goal to not only create a shorter pathway between the two popular sightseeing spots but also make the route along Kitajukken River enjoyable, a row of businesses has opened making it a perfect place for a riverside afternoon stroll. There are a total of 14 businesses, ranging from restaurants to shops all under the tracks of the Tobu-Isesaki LIne. Among them are Nihonbashi Brewery, burger joint Shake Tree Dinner Tokyo and even a bouldering space for those wanting to sneak a micro workout.

Check out our Asakusa area guide for more recommendations. Another waterfront shopping spot is Waters Takeshiba. Only a short walk from JR Hamamatsucho Station and right outside Takeshiba Station on the Yurikamome Line, this outdoor shopping mall is a great place to spend your summer days in the city without dealing with the crowds of Odaiba. Between two shopping areas is a wide-open space giving right on the water.

Stop for a snack or coffee drink at one of the restaurants in Atré, a chain of shopping centers commonly found near train stations and, if you’re visiting from out of town or want to indulge in a luxurious staycation, check into Mesm hotel and opt for a room with a view of Tokyo’s busy port. After the new Harajuku Station unveiled itself earlier this year, it was time to introduce yet another new venue: With Harajuku. Home to a multipurpose event space as well as some lifestyle and fashion stores such as Uniqlo, the shopping center made some waves a few months when it announced its biggest tenant, Swedish furniture giant Ikea. This is Japan’s first Ikea location in the city center and it encourages not only to consider Ikea as a weekend activity but rather a quick drop by you can make on weekday nights or during your lunch hour. Ariake Garden City is the latest addition to Tokyo’s Wangan area, bringing 200 retail stores, a theater and onsen facilities to Odaiba. Confirmed stores include a three-story Muji and a new location of LA’s Umami Burger. Ariake Garden City will also be home to a concert venue with a capacity of 8,000 spectators as well as a traditional theater to receive world-renowned musicals, with its premiering piece being Disney’s The Lion King, a high-end hotel for international guests wanting to be close to Tokyo’s waterfront area and finally, a few condominiums for Tokyo residents.

What else is there to do in Odaiba? Read our area guide for more ideas. The latest addition to the Minato-ku skyline is a 36-story office tower. In addition to international-standard, large office spaces for businesses based in Tokyo looking to be at the heart of the city, the tower also offers retail spaces on its first floors as well as a large-scale incubation center (ARCH) on the fourth floor, meant to be dedicated to the growth and collaboration of Tokyo-based startups. And, if that didn’t sound exciting enough, visitors can take advantage of its direct access to the new Toranomon Hills Station on the Hibiya Line or through an underground passage through the Ginza Line’s Toranomon Station. Kawa-sui Kawasaki Aquarium is the first of its kind: a place where visitors can learn about the diverse marine life, located less than five minutes from a major station within a shopping center, with its own restaurant and café. Taking up the ninth and the 10th floor of Kawasaki Le Front, the aquarium will display species especially found near or in water from Oceania, Africa and, a little closer to home, Tamagawa River and much more.

There are also two cafés where you can indulge in soft cream or taste local craft beer, and a buffet-style restaurant accessible to all visitors, even those who don’t want to go through the aquarium. And of course, don’t forget to hit the gift shop for original goods, perfect to take home as a souvenir. The Yokohama Bayside Mitsui Outlet Park actually opened back in 1998, but it was long overdue a makeover. This June, the shopping spot finally reopened its doors and fully embraced its coveted sea-side location with long sidewalks along the water and plenty of outdoor space to enjoy the ocean breeze. Here, shoppers can scour for outlet prices of their favorite Japanese and foreign brands with stores like Tomorrowland, Beams, Nike, Adidas. The outlet is also home to a handful of cafes and restaurants for when you need to put down your bags for a little bit.

Find out about other new developments opening in Yokohama.