For impressionable, wide-eyed, curious children, a book is a gateway to so much. Reading to your child shows them the world and it teaches them about the people and the animals that populate it. Children’s books can also instill vital lessons in children early on — lessons which they will carry with them and internalize for the rest of their lives. The children’s books on this list all have good morals and lessons to pass on to the children who read them. They teach empathy, consideration, and kindness from various perspectives and they are all beautiful.

1. The Boy, The Mole, The Fox and The Horse by Charlie Mackesy 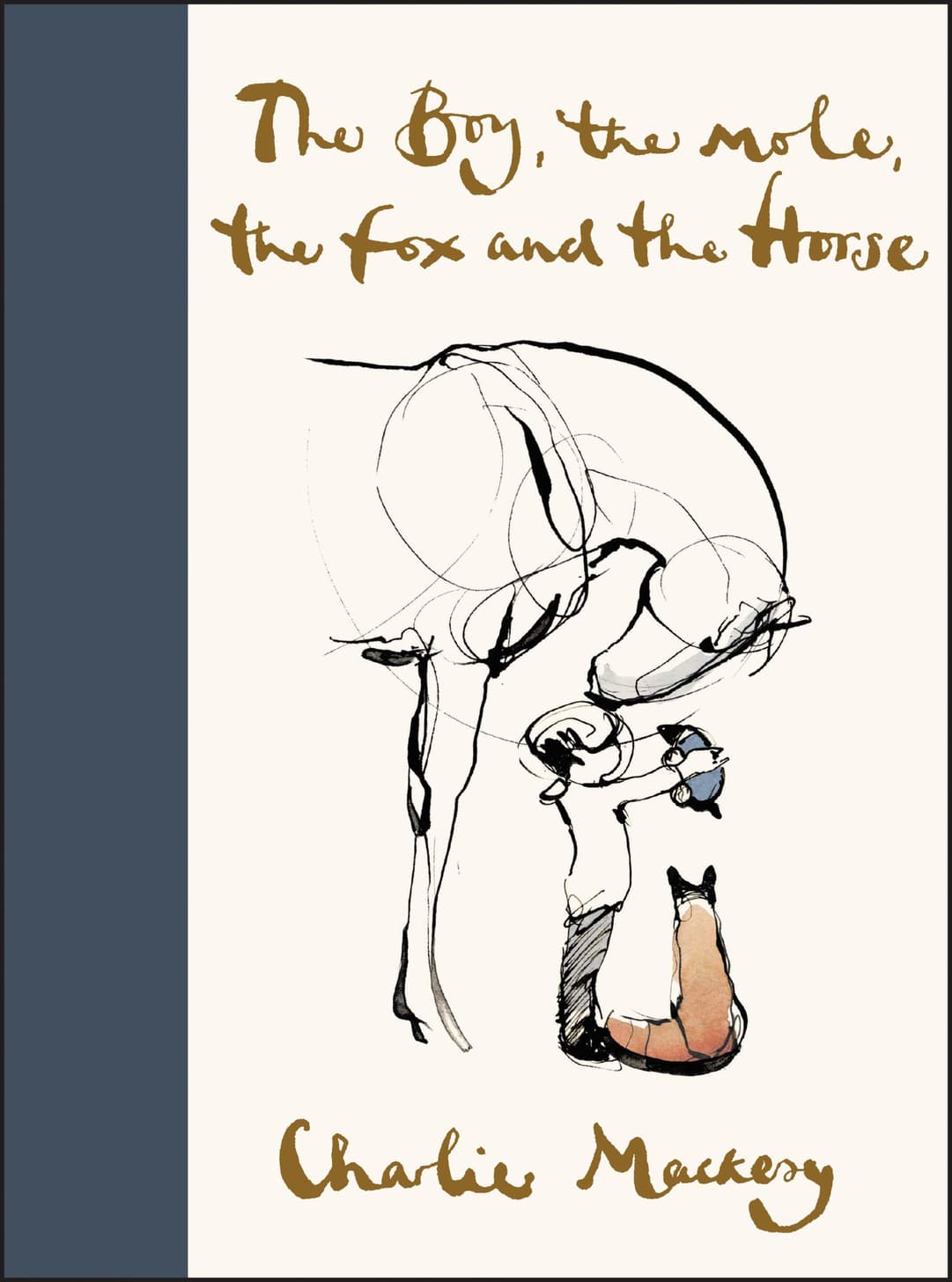 “What do you want to be when you grow up?” “Kind, said the boy.” This literary sensation started off as a single picture of a horse saying that “help” was the hardest thing it had ever asked for. From there, thousands of copies were sold worldwide beloved by both adults and children. It’s a book that celebrates friendship, love, vulnerability and reaching out to others in difficult times. The four titular characters each represent a different part of the same person — the curious boy, the greedy, enthusiastic mole, the withdrawn fox, and the wise horse. Drawing on real-life conversations the cartoonist author has had with friends, this is a raw look at the quiet and beautiful moments of life.

2. Julián Is a Mermaid by Jessica Love Translated into 14 languages (including Japanese), this stunning book focused around acceptance is full of vibrant art spread over double pages and an important message: everyone has the right to be who they are. Julian lives with his Abuela and loves mermaids, he seems women dressed as mermaids on the subway and entrances, he’s fascinated by their beauty and pretends to be a mermaid while swimming. He realizes that he’s also a mermaid and shares this with his grandmother who accepts him, helps him finish his costume, and takes him somewhere where there are mermaids of every kind. It’s one of the few books about a gender non-conforming child and has a lot to teach and enjoy.

3. Of Thee I Sing: A Letter to My Daughters by Barack Obama Former President Barack Obama shares this moving tribute to 13 heroes who helped shape America and how he can see these heroes in his daughters. The narrative is shaped as a letter to his daughters and encourages children to follow their dreams and forge their own paths like those great Americans such as Georgia O’Keeffe and Jackie Robinson. Accompanied by beautiful illustrations by award-winning artist Loren Long, this is an inspiring book that reiterates that each and every one of us can do good in the world whatever the future holds.

4. Noah the Narwhal: A Tale of Downs and Ups by Judith Klausner This charming book highlights children who live with chronic illnesses or difficulties that are often invisible to others. It also teaches children to recognize that although the people around them may look fine, they may be struggling with things that aren’t immediately obvious and to better understand this. Through the story, we follow Noah the Narwhal through a week of his life and see the challenges he faces as he lives with chronic migraines that can strike at any time and how they affect emotionally and physically affect him and those around him.

5. The Proudest Blue: A Story of Hijab and Family by Ibtihaj Muhammad and S.K. Ali Written by Olympic medalist and social justice activist Ibtihaj Muhammad, this story follows two sisters’ first day of the new school year and the older sister’s first day wearing the hijab. Her younger sister Faizah sees nothing but a beautiful blue ocean when she looks at her sister’s hijab but also sees the hurtful comments from other students. This story is about the sibling’s love for each other, being proud of who you are, as well as opening a discussion on religious dress with younger readers. A sweet story of two friends, Sofia and Maddie, who live in the same neighborhood and play together but when Sofia goes inside Maddie’s fridge, she’s surprised to find just milk. Maddie’s family are poor and struggle to afford groceries and Maddie makes Sofia promise not to tell anyone. Providing light-hearted moments, Sofia tries to sneak food to Maddie that soon turns smelly in her bag before eventually telling her mum who helps Maddie’s mum. This is first and foremost a book about friendship and community but also opens discussion with children about money and children who may not have enough to eat, and how to help.

7. Most People by Michael Leannah A perfect antidote to the scary news children often witness on screen and a challenge to many of the stereotypes we can form at a young age. Two siblings lead us through their city and through their eyes we see people doing good and helpful things for others. These are often people that society might initially judge — like someone with tattoos and piercings. We also see people apologizing, changing their ways, and making amends so promoting forgiveness and the idea that people can reform. The central idea of Most People is that most people are good and kind and enjoy doing the same things you do. These ideas and small moments are beautifully illustrated making this book a joy to pick up again and again.

8. Day You Begin by Jacqueline Woodson 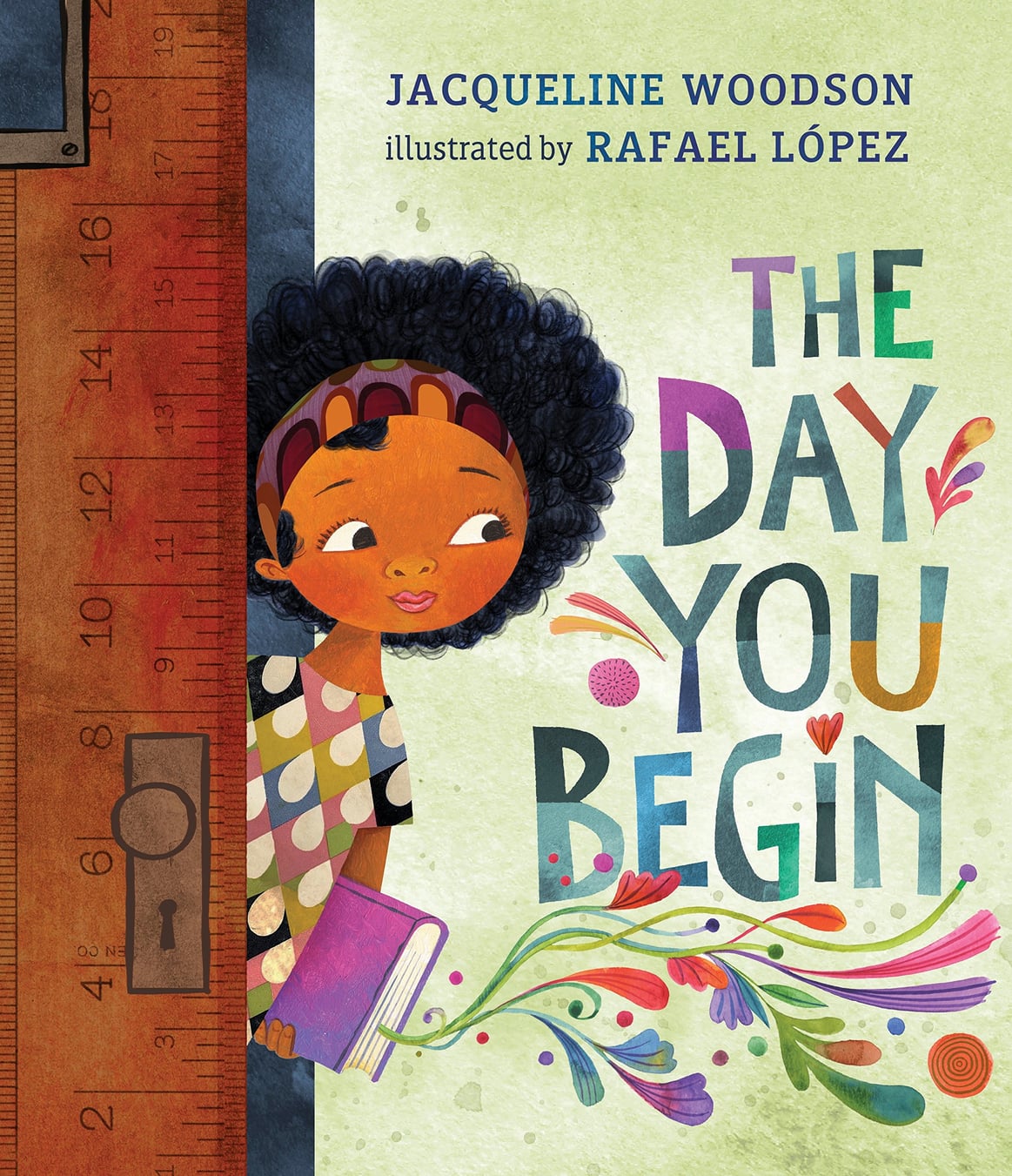 A book for anyone that has stepped into a room and felt different or is about to start a new school or enter an environment where they’re not sure they’ll be accepted. “In the room, where no one else is quite like you, the world opens itself up a little wider to make some space for you.” The book shows several experiences children can have on their first day and how to prepare and stay strong with poetic words and stunning illustrations to go with it. This can also help children think about new students and how they might be feeling on their first day.

9. I Walk With Vanessa: A Story About A Simple Act Of Kindness by Kerascoët Here is a children’s picture book, written and drawn by a husband and wife and inspired by real events, which shows how simple and yet important it is to be an ally to someone facing adversity or prejudice of any kind. With a few simple pictures and pages, this beautiful little book teaches children not only the right way to think and feel about a situation or circumstance but also how to act. It teaches children to use their voice and their actions to support other people, rather than just understanding the difference between being good or bad. In essence, this is a lesson in not only being “not racist” but also in being “anti-racist.” As its name makes clear, Intersection Allies is a book for little girls, written by three women of color, with the goal of teaching them about all the different kinds of women they’ll meet throughout their lives. It’s a book that shines a light on racial, religious, sexual, and cultural differences, as well as teaching lessons about disability. Intersection Allies shows what a beautifully varied and exciting world we live in, and how any child can be friends with any other. The message of Intersection Allies is that kindness begets kindness, and that we should always show kindness to one another. Before Harry Potter, there was Kiki. And, even though the Miyazaki movie made a much bigger splash worldwide, the book has received a new 2020 translation from Emily Balistrieri which glows with all the charm and sweetness of Kiki and her adventures. Kiki’s Delivery Service is a book all about using kindness and savvy as tools in the fight against prejudice. The town Kiki moves to is distrustful, even hateful, towards witches. Kiki fights back against this by turning the other cheek, though she also doesn’t want for a sharp and quirky personality. Kiki solves problems with inventive and strange solutions, and she puts aside enough time for mischief while showing the townsfolk how to be kind and trustful. Her actions are a lesson in fun and goodness. This heartfelt and poignant children’s book by Tatsuya Miyanishi is nothing less than a cultural phenomenon, not only in Japan but also in Korea, China, and Taiwan. You Look Yummy tells the story of a T-Rex who is about to pounce on a baby Ankylosaurus (the one with the hammer tail) when the baby latches onto the T-Rex and exclaims “daddy!” The T-Rex takes on the role of father, bonding with and raising the child himself. The book teaches us not only the importance of responsible parenting and relationships, but also how we should look after one another, irrespective of our differences. We all need support, and we all need care.

Wish to add a title to this list? Let us know in the comments.