15 Audiobooks to Listen to on Your Post-Lockdown Japan Commute

Our recommended titles for your next train ride

Audiobooks have become varied and experimental over the past couple of years, making them a very real alternative to reading. During the coronavirus lockdown, many of us, while busy juggling house chores, kid meals and work altogether, turned to audiobooks for the first time to fulfill our cultural needs. And it worked so well that now it’s hard to imagine a life without them.

Here are five novels, five non-fiction books, and five books specifically about Japan, which all offer outstanding audiobook versions for you to enjoy. As you’re getting ready to return to work, these will make your daily commute in Japan a tad more pleasant. All books on this list can be purchased on Amazon (a 30-day Audible trial is also available). 1. Lincoln in the Bardo

Booker Prize winner Lincoln in the Bardo was praised for its ability to humanize and create a grounded cast of tangible characters, despite it being set in a limbo between life and death, where unhappy ghosts wander in denial. The audiobook is one of the most unique ever created. This is thanks to its cast of over 130 unique voices. The book is written as a pseudo-script, with quotes from history books being read from, and minor ghosts or real-life people coming and going. In the audiobook, every one of them has a unique voice, making it an incredible audio experience. Neil Gaiman and Terry Pratchett’s hysterical comedy about the end of the world, where an angel and a demon have forged an unlikely and curmudgeonly friendship, is perfect audiobook material. And those responsible for the casting took full advantage of this. The audiobook of Good Omens features an all-star cast of British comedy legends, including Peter Serafinowicz as Crowly and Mark Heap as Aziraphale, as well as fan-favorite Colin Morgan from Merlin playing Newt Pulsifer. 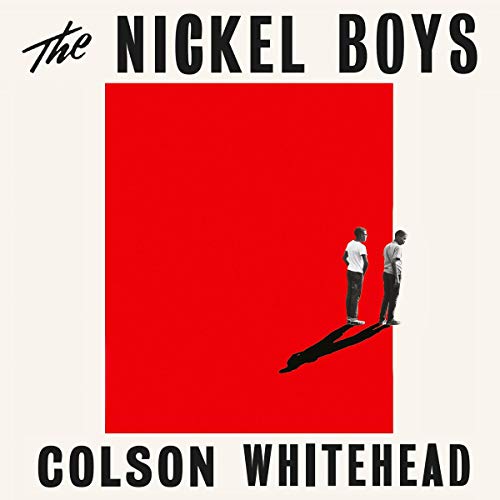 Colson Whitehead is the first author in history to win two Pulitzers in a row, first for The Underground Railroad and now for The Nickel Boys. The novel tells the story of two young black men in Jim Crow-era Florida. Both are contained in a reform school but each boy has a very different political philosophy: one of idealism and the other of skepticism. The audiobook is narrated by JD Jackson, an actor who has won awards for his audiobook performances, making for a perfect pairing with the powerful writing of Colson Whitehead. Compared to Dylan Thomas’s Under Milkwood, Lanny takes us straight into an English village with a whole host of bizarre and intriguing characters. Laced with myth and folklore, we encounter Dead Papa Toothwort who lives in the forest outside the village and is masterfully brought to life in all his raspiness by David Timson who’s accompanied by forest sounds creating an atmosphere that takes you straight into this other world. The atmosphere is brought to life by four narrators who voice our human characters, as well as the strange moss monster Dead Papa Toothwort, turning this short and fantastical novel into a radio play. Ocean Vuong is one of the most celebrated modern poets, and On Earth We’re Briefly Gorgeous is his first novel. This is a short masterpiece written with as much grace and beauty, as well as political consideration, as his poetry. It takes the form of a letter written by a son to his mother, recounting a family history that stretches back from the United States to Vietnam. The audiobook is narrated by Vuong himself, meaning that what we have here is something spoken with the same emotional sharpness and rhythmic clarity which it was written in, spoken by the man himself. Stephen Fry is no stranger to audiobooks. For many young readers who went for the audio rather than the written books, he is the very voice of the entire Harry Potter franchise, having recorded every single one of them. Here, he voices his own book: a retelling of the entire story of the Greek pantheon of gods. The book is aimed at younger readers but can be enjoyed by anyone, and if Fry himself wrote it, who better to read it than a man as famous for his voice as he is for his words. Kerry Hudson here narrates her own memoir with a calm voice addressing a pivotal topic: the life of an ordinary person in 21st century Britain. Hudson is, today, a prize-winning novelist, but she was born into severe poverty and lived a turbulent childhood. Her story is an increasingly familiar one which speaks to the lives of so many Brits today. And listening to the audiobook means hearing Hudson’s own words from Hudson’s own lips, removing that barrier of distance between writer and reader, and creating something suitably intimate for this raw and powerful memoir. 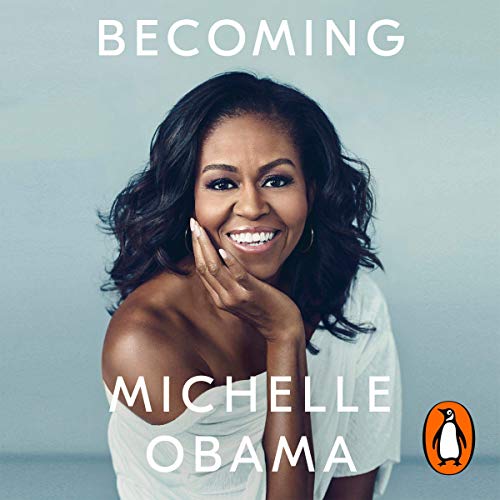 Perhaps the most beloved First Lady in US history, Michelle Obama here pens her memoir: a poetically written masterpiece of sharp, poignant writing and masterful storytelling. With Becoming, Obama proves to be an exceptionally talented writer. But it doesn’t stop there; the audiobook of Becoming was narrated by Obama herself, and it is spoken with such skill that it won a 2020 Grammy for Best Spoken Word Album, proving that her voice is as sharp as her hand when it comes to storytelling. 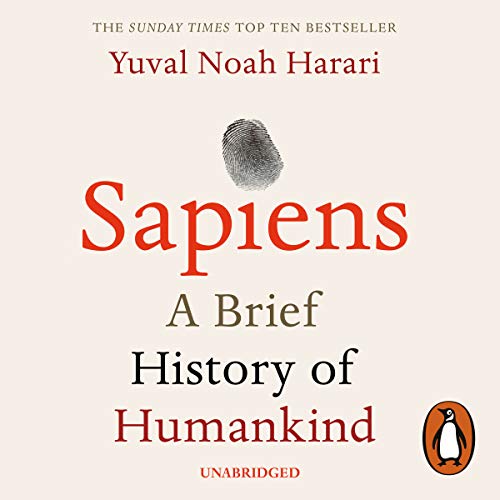 One of the most influential and captivating history books of this century is Sapiens by Israeli historian Yuval Noah Harari. This book tells the entire story of mankind, blending in thought-provoking musings on language, economics, philosophy, religion, and even human rights. The audiobook is read by Derek Perkins, who has proven himself an expert in history narration, having given his voice to every one of Harari’s books, as well as A History of Japan. 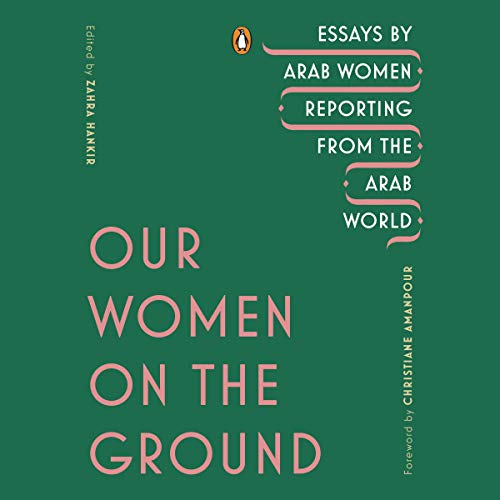 10. Our Women on the Ground

This powerful collection of essays by sahafiyat (female journalists) on the ground, reporting on conflict in the Middle East, showcases the unique issues and advantages of their situations. All of these strong, brave, and savvy journalists have incredible political and personal stories to tell about the things they have lived through. This is an incredibly important book that teaches the history of modern conflict from a unique and empathetic perspective. Celebrated author Shion Miura has here written an engaging story of friendship against a backdrop of linguistics and the magic of words. A dictionary maker, ready to retire, takes on an apprentice who, now on this sudden new journey, discovers love and faces up to great challenges on his mission to complete The Great Passage: a book on the Japanese language. Veteran Japanese literature narrator Brian Nishii brings the poignancy and beauty of this book to life through his talented narration. Few Japanese novels in recent memory have rocked the world like Convenience Store Woman. A novel that strips bare the machine of modern Japanese society and examining its moving parts: the strict rules of progression, both personal and professional, and the importance of the convenience store as a means of oiling that corporate machine. The audiobook is narrated by Nancy Wu, who is an expert narrator of East Asian literature, including the books of JY Yang. 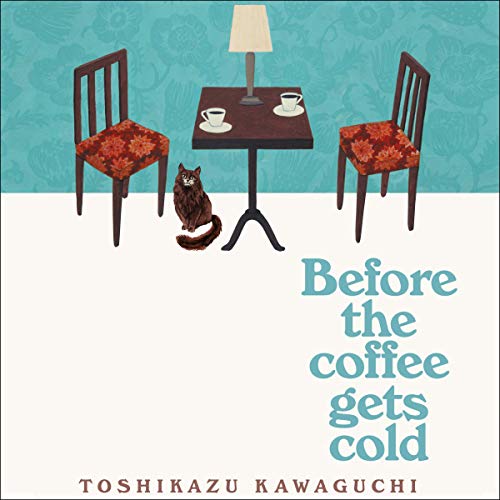 13. Before the Coffee Gets Cold

One of the best-selling Japanese books of 2019 has proven to be such an enormous breakout hit around the world. And that is thanks to the translation Geoffrey Trousselot and the audiobook narration by Arina Ii, who has narrated several manga in English and even voice Poppi in Xenoblade Chronicles 2. The book captures that sweet, soothing, slice-of-life manga sensibility with a touch of the supernatural and a whole lot of heart, telling the story of a cafe in Tokyo with a single seat that allows those who sit in it to travel back in time. 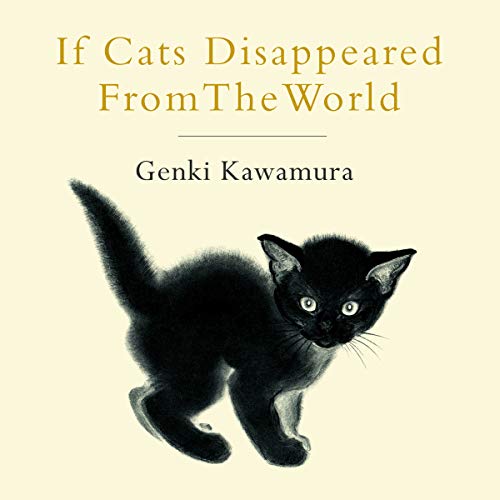 14. If Cats Disappeared from the World

Another breakout star of modern Japanese literature is an unusual book about a man who, after finding out he only has months to live, makes a deal with the devil: for every one thing that our protagonist wishes away from the world, he is given an extra day of life. The translation by Eric Selland adds a comical tone which is delivered perfectly in the audiobook by Brian Nishii, who has offered his voice to many excellent Japanese novels in translation, including The Great Passage and Yukio Mishima’s Spring Snow. 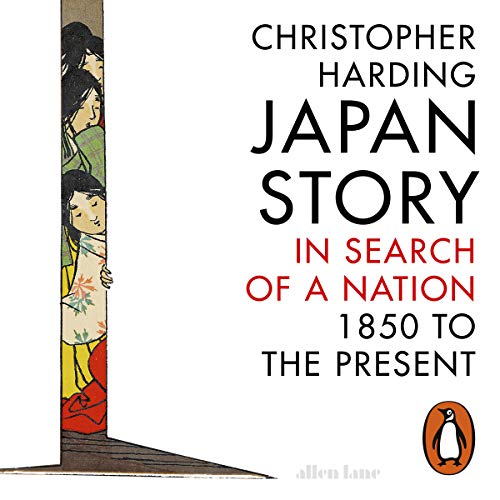 This fantastic history book takes us on a journey through Japan’s modern history, from the Meiji Restoration to the 21st century, showing us how Japan adapted to Western influence, maintained its ancient culture, played its part in World War II, and became the pop-culture capital of the world. The audiobook for Japan Story is narrated by its author, Christopher Harding, a man with as much passion as knowledge, and a strong voice to boot. 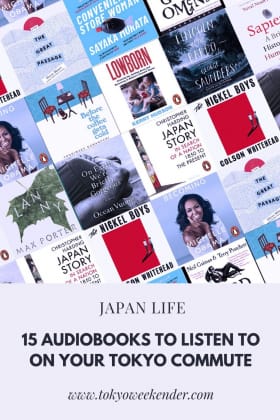